Are Letters of Recommendation Still Relevant? 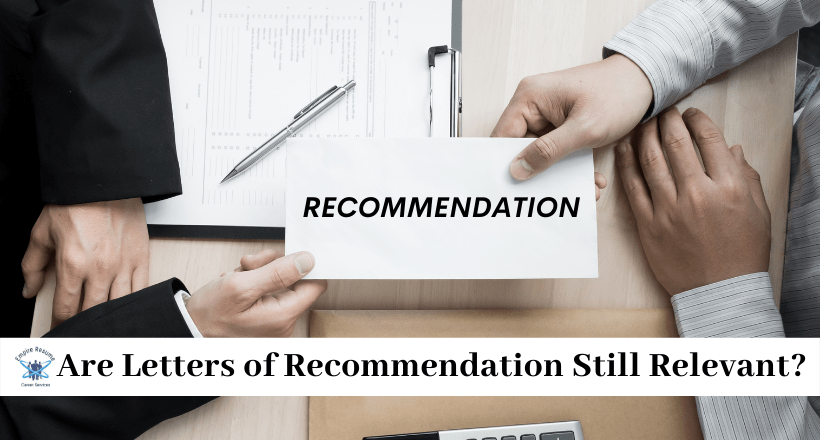 When you’re searching for a job, you want to use every tool at your disposal to gain an edge over the competition. A polished resume, a perfect LinkedIn profile, and even a new business suit for the interview can all make a difference.

Some people think letters of recommendation are also part of the job success equation. Others, however, think of them as unnecessary relics of a bygone era.

So, are letters of recommendation still relevant? Like most hotly debated topics, the answer is: it depends.

What is a Letter of Recommendation?

A letter of recommendation is a letter written by a colleague, previous manager, professor, or mentor who knows you and your job skills well. The letter is written to someone who is considering you for a job and speaks to why you would be a good fit for the position.

The purpose of a letter of recommendation is to provide the hiring manager with additional evidence of your work ethic and skill set. It’s to help provide a more complete picture of who you are as a professional.

Letters of recommendation should not be confused with references. References are people who your potential employer will call to ask about your work performance, work habits, and general character. It’s an impromptu conversation rather than a prepared letter.

Do Employers Want Letters of Recommendation? 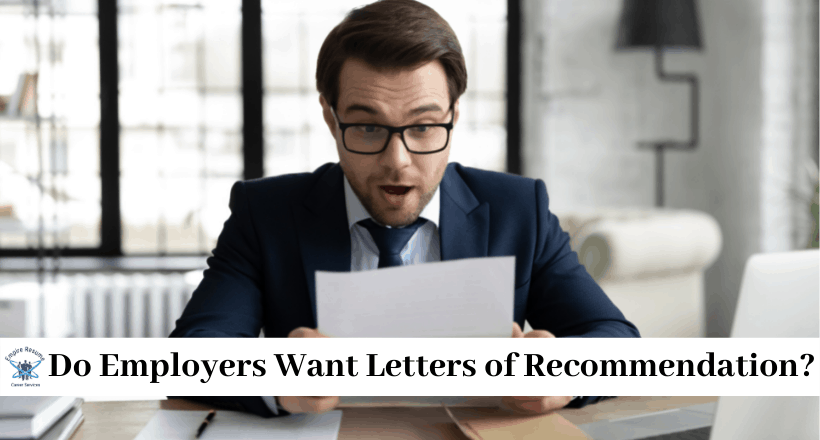 Your best bet is to get 2 or 3 letters of recommendation before you start your job search. That way, you have them on hand if you are ever asked for one. You don’t want to be scrambling to last minute to get a letter of recommendation when a prospective employer is waiting for one.

Whom Do I Ask to Write a Letter of Recommendation for Me?

If you’ve decided that you should have letters of recommendation on hand, then the next step is to decide whom you want to ask to provide one.

You want to choose someone who:

Your best references will come from former supervisors or bosses. However, you can also ask heads of volunteer organizations you work with or leaders within your community.

When you approach those people who you’d like to write your letter of recommendation, it’s a good idea to give them a few accomplishments or significant projects you’d like them to mention.

For example, you may say to a former manager, “I’m going for a sales position, so can you please be sure to mention that I consistently surpassed my sales goals three years in a row?”

Or, you may be going for a management position, in which case you may want the person writing the letter to specifically mention your leadership qualities.

While you do want to give them a few key points, be sure not to tell them exactly what to write. They may resent you trying to dictate the letter. Also, they may recall significant accomplishments that you don’t remember or see positive qualities in you that you weren’t aware of.

Whom Should I Not Ask?

Just as important as knowing whom to ask for a letter of recommendation is knowing whom not to ask. For example, don’t ask any of the following people:

These people will either be seen as biased or irrelevant and their letters of recommendation will not mean anything to a prospective employer.

Should I Offer a Letter of Recommendation if Not Requested?

If you have a strong letter of recommendation, and your potential employer asks to see it, then they’ve made it easy for you. You can hand over the letter with confidence.

But what if they don’t ask for a letter of recommendation? Should you still offer it? Opinions vary on this question, so here are a few things to consider.

If they don’t ask for it, then obviously they don’t want or expect one. By withholding the letter of recommendation, you’re following their rules.

However, if you have a letter of recommendation that you think will prove to be a differentiator, then you have a few opportunities to submit it:

Are letters of recommendation still relevant? It looks as though their relevance is certainly waning, but they are not completely obsolete just yet.

Have a couple of letters of recommendation on hand just in case your potential employer asks for one. The bottom line is that a letter of recommendation is a “bonus,” but will never replace the complete application package: a resume, a cover letter, and a LinkedIn profile. It’s these three items that will get you the interview, and it’s your performance in the interview itself that will determine whether you get the job or not.

We’ll create a compelling resume package and give you everything you need to get the job you deserve. We work with all levels of job-candidates, from entry-level to C-Level executives within all industries. Every resume we create is fully ATS optimized and will clearly showcase your skills, experience, and the value you bring to employers. Click here to get started or email us at info@empireresume.com for a free resume review!

Is Not Having Social Media Bad for Your Job Search?

Which Career Field is Best for Me?