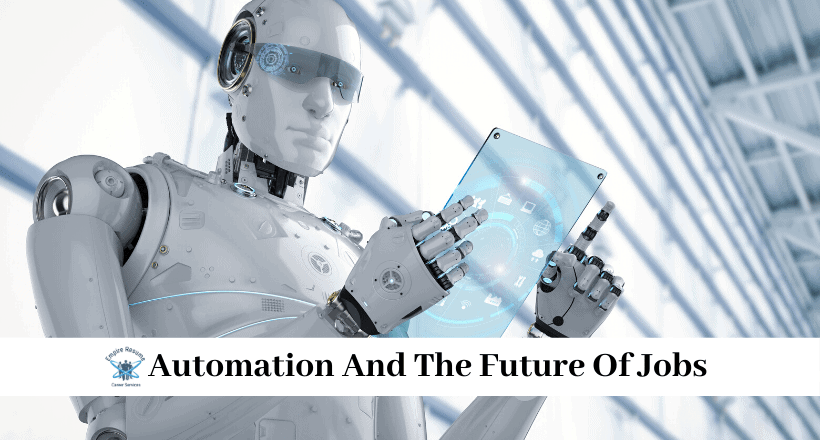 Automation and artificial intelligence (AI) is in its early stage and will significantly impact the workplace. Automation was originally thought by most to replace human labor for repetitive tasks but is moving into all levels of employment.

Countless human jobs are going to be redesigned utilizing automation with human labor or they will simply disappear altogether. Many people are highly concerned about the future of work. Automation and the Future of Jobs will briefly highlight the current trends in automation and delineate ways to stay marketable in the workplace.

Experts in technology along with economists are divided on the implication of automation in the workforce. On one extreme, some experts argue that automation will completely eradicate the need for human labor, which will leave millions of workers displaced with extreme unemployment rates.

On the opposite end, some experts argue that the substantial productivity gains generated from automation will create new work opportunities and enhance the labor market. Some elements of both are probably the most likely.

The Bank of England’s chief economist stated that 80 million U.S. and 15 million U.K. jobs might be replaced by automation. A study from McKinsey & Company, which is one of the most trusted advisor and consulting firms to many of the world’s largest businesses, found that 30% of tasks in 60% of all occupations are subject to automation.

The often cited, peer-reviewed study by two Oxford University academics entitled The Future of Employment, examined how susceptible jobs are to computerization. The authors examined 702 occupations using a novel methodology (based on a Gaussian process classifier) to determine the number of jobs at risk and found that about 47% of all U.S. employment is at risk for automation.

Also, the authors determined that there is an inverse correlation with educational attainment and the probability of computerization, which means that low-skilled workers are particularly vulnerable. 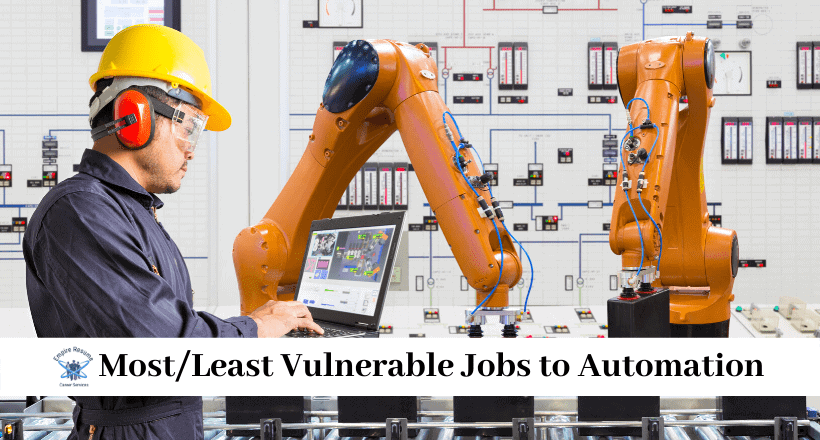 There were also some surprisingly highly-educated/skilled positions that are susceptible, including compensation/benefits managers (96%), accountants/auditors (94%), and budget analysts (94%).

The least vulnerable jobs to automation included recreational therapists (>1%), dentists (>1%), human resource managers (>1%), education administrators (>1%), and teachers (>1%). Bottom line is that the jobs with the highest risk of automation are those that are routine, repetitive, and predictable.

How to Stay Marketable

Martin Ford, the author of Rise of Robots: Technology and the Threat of a Jobless Future, classified resilient jobs in three areas. The first are jobs that involve genuine creativity such as being an entrepreneur, scientist, or an artist. Occupations that are opposite of routine, repetitive, and predictable are considered the safest today.

Second are occupations that require fostering complex relationships with people like nurses, consultants, or human resource managers. Third are jobs that are considered highly unpredictable and necessary such as a plumber or repair person who is called out to an emergency. 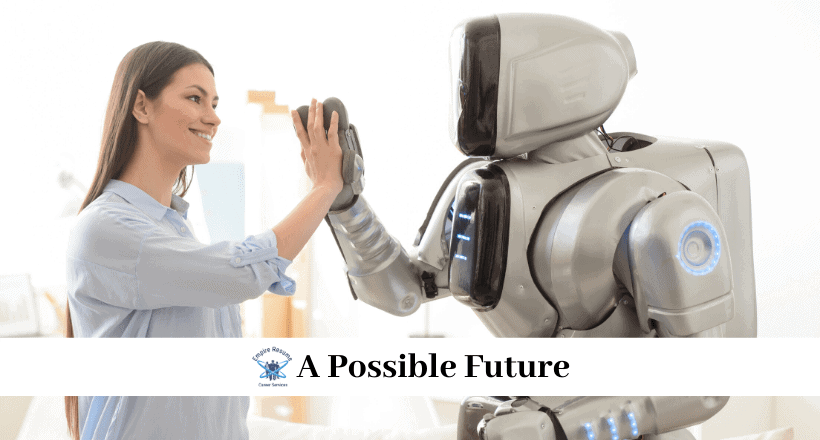 Of course, no one can predict the future; although, one possible future of employment is a highly automated world where AI computers and humans work together synergistically.

Repetitive task jobs will be fully automated along with all driving occupations. Companies will have significantly reduced their full-time labor force and utilize automation along with Gig Workers to work on a freelance (contract) basis to complete tasks/projects.

Entrepreneurs will continue to flourish. According to Fortune, the percentage of people starting their own business is the highest it’s been since 2009, with 6.1% or people becoming new business owners. The people who continue to work full-time for a company will have changed careers at least three times and individual jobs dozens of times.

According to the Bureau of Labor Statistics, the average individual held nearly 12 jobs from age 18 to 50. Regardless of exactly what happens in the future, companies will continue to seek ways to increase profits, and having a human labor force is very expensive and fraught with intricacies.

Automation is happening right now with no sign of it slowing down. Companies are constantly seeking ways to “do more with less” and increase profits. In an ideal world for a profitable organization, there would be only a handful of people operating a multi-billion-dollar enterprise that fully exploits automation and eliminates the need for a labor force.

The future of automation will mandate that people become more creative and provide measurable benefits to an organization/people or they will be displaced. 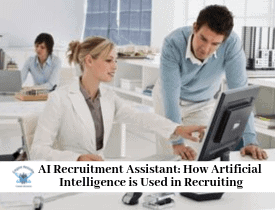 How Artificial Intelligence is Used in Recruiting

Career Trends: What Careers are in Demand?