Becoming a Nurse in Utah 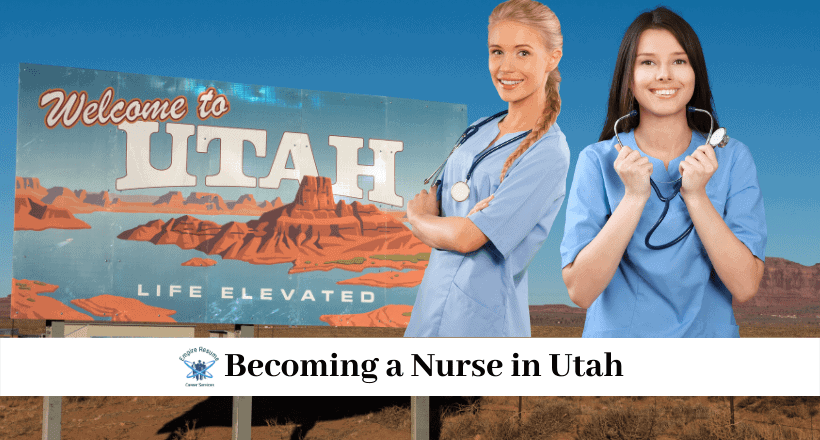 A perfect storm of circumstances is making the outlook for the nursing profession very attractive in Utah. An aging nursing workforce will create job openings, and an aging population will further increase demand for Utah nurses.

Nationwide, it’s estimated that one-third of the nursing workforce will retire within the next 10 to 15 years, according to the American Association of Colleges of Nursing. Utah is ranked third nationally in terms of the severity of a nursing shortage, as about 48% of Utah nurses are over the age of 45.

And then there’s the matter of the nation’s – and Utah’s – aging population. The U.S. Census Bureau projects that by 2050, there will be 83.7 million Americans who are over the age of 65. As an increasing number of Americans grow old, the demand for nurses will be stronger.

All these changing demographics will make nursing a profession that’s highly in demand and well-paying in Utah for years to come. The Bureau of Labor Statistics (BLS) estimates nursing will see a 12% occupational growth from 2018 to 2028, which is considerably higher than the national average.

The median hourly wage for a Utah Registered Nurse (RNs) was a little more than $30 in 2019, which works out to more than $62,000 annually. RNs in Salt Lake City earn the most money among Utah RNs, bringing home an average annual salary of about $66,000.

As the numbers show, nursing is a growing job in Utah that can secure your financial future. So how does one become a nurse in Utah? Empire Resume will break down the types of nursing professions to pursue, which nursing jobs are in demand, and the educational requirements you’ll need.

The Different Types of Nursing Jobs

A Registered Nurse is a nurse with an associate’s or bachelor’s degree in nursing and RN positions in Utah, much like the rest of the nation, are very diverse. RNs work in different areas and levels of care, such as general, critical, and surgery. A Registered Nurse can also focus on specialized areas like neurology, geriatric or oncology.

The most common RN position in Utah is as a staff nurse. Staff nurses work in different settings such as rehab, psychiatric, and outpatient facilities, and they provide direct patient care and administer medications, among many other responsibilities.

Another large Utah nursing employment category is home health and hospice, which accounts for 7% of all state nurses. Home health nurses often work with geriatric patients or patients with developmental or mobility issues. Hospice nurses provide medical care and support to patients at the end of their life and they must have extensive knowledge about terminal diseases.

Nurse managers are also common in Utah. Also known as nurse supervisors, people in this role oversee the team of nurses caring for patients and handle administrative duties like recruiting nurses and collaborating with doctors on patient care. Becoming a nurse manager is a good career choice for those who have gained experience in practical nursing and would like to step away from direct patient care. 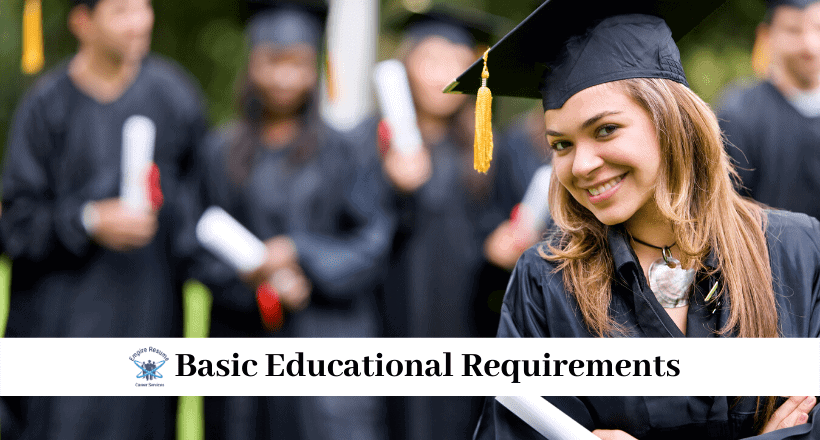 The type of education you pursue will depend on what type of nursing job you want. An associate degree in nursing (ADN) is a two-year degree from a community college or vocational school, and an ADN is a minimum requirement for a Registered Nurse. However, many employers today are requiring that RNs hold a bachelor’s degree.

A Bachelor of Science in nursing (BSN) is a four-year degree and a BSN is required for most (but not all) nursing careers. A BSN program consists of classroom learning and hands-on training called clinicals, in which students get first-hand experience of working with patients. Make sure you obtain a BSN from an accredited nursing program in Utah.

To become a Registered Nurse in Utah, students must apply for licensure to the Utah State Board of Nursing during the final semester of their BSN program. The Board recommends that students register for the NCLEX exam at least two months before they expect to take it.

The registration process with the Utah State Board of Nursing includes a background check and submission of the candidate’s official academic transcripts. After registration, the Board will contact the RN candidate to let him or her know when they can schedule to sit for the NCLEX exam.

Utah’s RN candidates had an 84.7% NCLEX pass rate in the third quarter of 2018, according to the Utah State Board of Nursing. The national RN pass rate for the NCLEX exam during that same period was 86.7%. If an RN candidate fails the exam, he or she must wait 45 days before retaking it.

Nursing students can also go beyond the BSN to advance to higher-paying nursing occupations. A Master of Science in nursing (MSN) is required to become an advanced practice nurse (APN or APRN). Nurses must already have a BSN to acquire an MSN.

Advanced practice nurses typically earn more than RNs with bachelor’s degrees, and APRNs also usually have more clinical autonomy. An MSN is also required for those who want to become a mid-level provider, such as a nurse practitioner (NP). Nurses who pursue an MSN usually continue to work while taking the additional one to two years of coursework for an advanced degree.

A doctorate-level degree is the highest one can obtain in nursing studies, and it will lead to becoming what’s referred to as a Doctor Nurse. There are two types of doctoral degrees in nursing. A Doctor of Nursing Practice (DNP) focuses on the clinical aspects of nursing, and a Doctor of Nursing Science (DNS) is the more common choice for those who’d like to become nursing professors or researchers.

There are more than 30 accredited nursing schools in Utah, so there’s no shortage of options for potential nursing students. For this article, Empire Resume will focus on colleges and universities that offer BSN degrees.

According to RegisteredNurses.com, Western Governors University (WGU) is ranked as the top nursing school in Utah. This is a bit surprising because WGU is an online university, though the nonprofit is based in Salt Lake City.

RegisteredNurses.com based its rankings of Utah nursing schools on which schools had the highest student pass rate for the NCLEX exam. WGU had a 90.7% student NCLEX exam pass rate from April through September 2018.

At WGU, nursing students enrolled in the BSN program take pre-nursing courses during their first six-month term and then do their clinicals in four separate six-month terms. The clinicals take place in area hospitals partnered with WGU.

RegisteredNurses.com says the other top four nursing programs in Utah include: 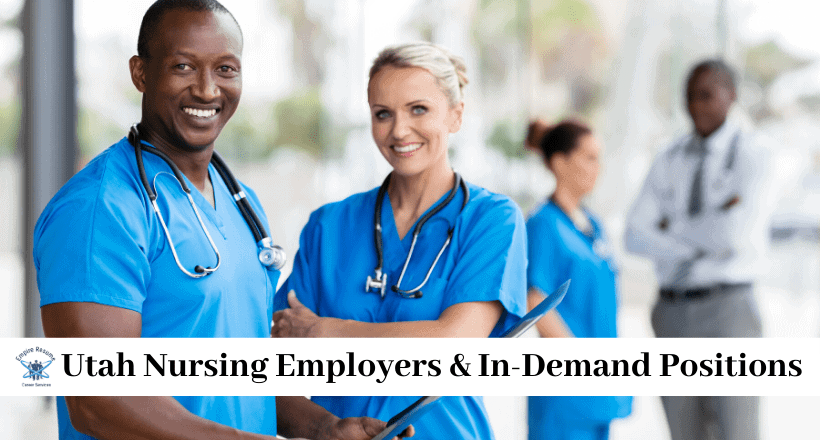 Intermountain Healthcare is Utah’s largest employer, and the health system was recently named one of the 150 best healthcare employers in the nation by Becker’s Hospital Review. The benefits package for Intermountain employees constitutes 30% of an employee’s total compensation.

There are nearly 29,000 Registered Nurses in Utah, according to the Utah Medical Education Council (UMEC), and 94% of those RNs are actively practicing. Currently, Utah’s healthcare employers report more than 1,200 vacancies for RN positions. More than half of Utah’s RNs work in cities and 25% of all Utah RNs work in Salt Lake City.

Home health and hospice employers in Utah are predicted to have the most RN openings, according to a UMEC survey. In hospitals and medical centers, the biggest need for RNs will be as case managers and discharge planners, critical care nurses, and labor and delivery/post-partum nurses.

Crafting a Resume for Nursing

So you’ve graduated with a BSN, you passed the licensure exam, and you’re looking for nursing jobs in Utah. Now that you’ve reached this point, it’s time to enhance your resume to land that job.

Two of the best things you can do to enhance your nursing resume is lead with a qualifications summary and add an expertise section. In the qualification’s summary, include a narrative statement of your goal, specialty area, experience, and other nursing credentials.

A bulleted list of proficiency areas can serve as your expertise section, and you can incorporate important keywords there that’ll get you discovered in online searches and will catch the attention of hiring managers. These areas of expertise can include your nursing specialties areas, like pediatrics or geriatrics, and your skills, such as case management or medication administration.

The experts at Empire Resume have excellent credentials that are unmatched by other professional resume writing services. Founder and President Dr. Phillip Gold is a Certified Professional Resume Writer with 20-plus years of experience in resume writing and an extensive professional background in finance, education, and recruiting. 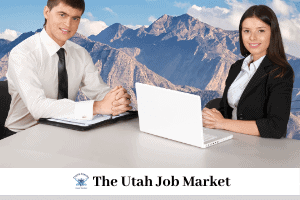 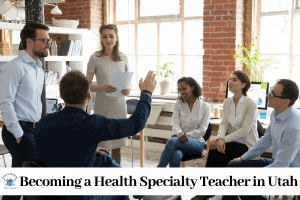 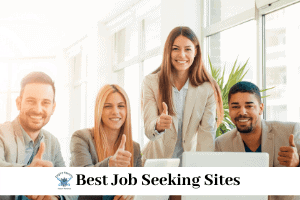