Best Questions to Ask in a Job Interview 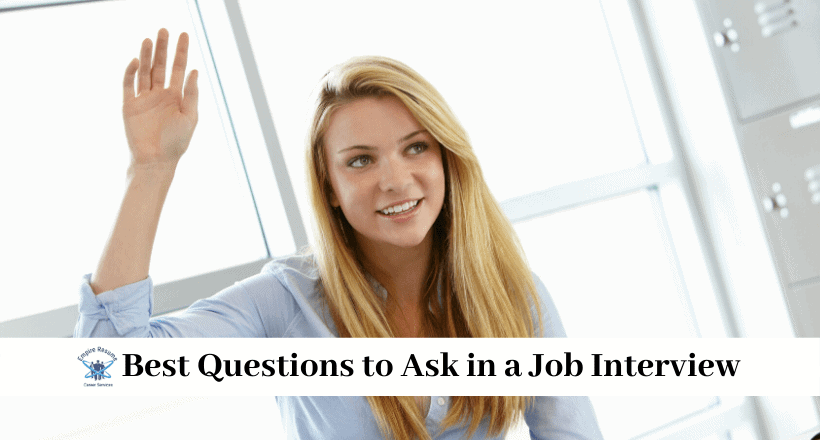 One of the best ways to impress a hiring manager during a job interview is to ask thoughtful questions at the end.

The best questions to ask the hiring manager usually develop naturally from the conversation. Empire Resume always advises candidates to jot down notes during the interview that may inspire questions.

It’s best to not just wing it with questions – spend time before the interview preparing good questions to ask. The hiring manager will want to know about your skills and previous employment, and the purpose of your questions should be to know more about the company and if you’re a good fit.

Not sure what to ask or where to begin? Empire Resume has singled out some of the best questions you can ask to impress a hiring manager and figure out if you’d like to work at the company.

How Do the Role’s Duties and Goals Change Throughout the Year?

You could ask the common variation of this question, “What would a typical day look like?” However, that question opens the possibility for the manager to imply there’s no such thing as a typical day.

Asking about how the position changes throughout the year is a much smarter question to ask, and it’ll give you a better understanding of what the role is like.

This question could provide some good insights into the position and how the company operates, as well. For example, the position may include a lot of routine work throughout the year, but the pressure could heat up during the busy season.

What Are the Characteristics of Someone Who Would Succeed in This Role?

The information you gather can help in two ways: by giving you a chance to further sell yourself during your interview and allowing you to evaluate if the company is the right one for you.

For example, the manager may say the company is looking for someone with good time management skills. If you’re great at time management, you can respond by giving examples of how you’ve mastered the skill over your career.

On the flip side, the manager may answer the company is seeking someone with an outgoing personality. If you’re more of an introvert, the answer may be a red flag you wouldn’t be a good fit for the position.

What Prompted You to Hire for This Position? 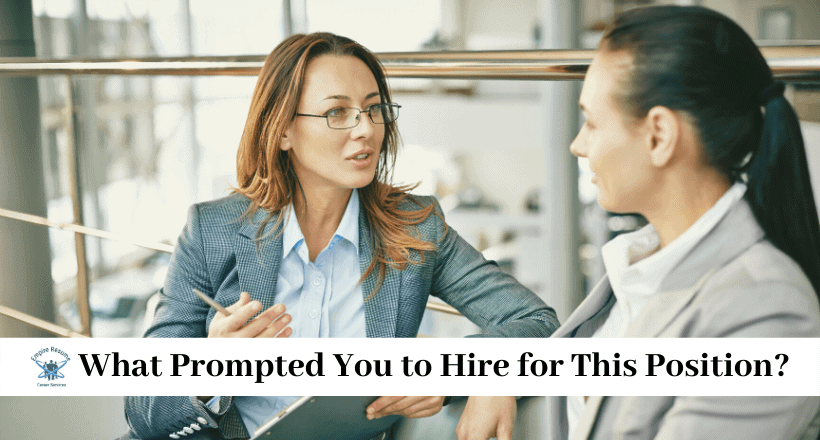 This is a good question to ask because, if you’re hired, you’ll have to pick up where your predecessor left off.

This question can establish a conversation about the position’s history, and it’ll give you insights into how the company operates.

For example, the manager may respond the position was recently created because of company growth. That naturally leads to follow-up questions like who was handling the position’s duties beforehand.

How Would You Measure My Performance?

The manager’s answer will also help you determine whether you’re a good fit for employment at the company. For example, if the company has unrealistically high standards for employees, is that someplace where you’d want to work?

It’s important to know what performance indicators the company will be using to evaluate you and how often they’ll use them, such as annual or quarterly reviews. As a bonus, you can also ask what specific steps you’d need to take to meet those performance goals.

What Is the Company’s Vision for the Next Five Years?

Many managers ask job candidates to describe where they’ll see themselves in the next five years. It’s also a good question to ask about the company.

Empire Resume notes that asking this question shows your interest in the role, and it also will provide good insights about the company, such as if it does have a clear vision for the future, what its current plans are, and its place in the market.

Notice how the manager or interviewer answers the question, as well. Be wary of interviewers who are unclear of the vision or who show a lack of enthusiasm for the company and its future goals.

Which Part of The Position Is the Most Challenging?

The manager may have told you some of the advantages of the job, but you’ll also want to know about the challenges. Asking this question will give you a more holistic picture of gaining employment there and the potential problems you’ll face.

The question shows the interviewer you’re thinking about the opportunity rationally and you don’t think it’ll be a cakewalk.

Depending on the interviewer’s answer, you’ll also gain some insights that’ll give you an advantage in facing those challenges if you’re hired.

There are several good questions to ask in a job interview that’ll make you appear intelligent, thoughtful, and interested in the position. But remember, there are also some questions you should avoid asking.

Empire Resume also advises to never ask a question that starts with “why.” Asking questions that start with “why” put people on the defensive. For example, asking something like, “Why did the company just go through layoffs?” can come across as confrontational and put the interviewer on the spot.

Instead of starting a question with “why,” reframe how you ask it. In the example of the question about layoffs, you could instead ask, “I heard the company recently had layoffs. What’s your take on the company’s future?” Taking out the “why” in the question and reframing it makes it less aggressive and opens the way for a conversation.

The purpose of asking good questions is to make a good impression on the interviewer and collect information about the job and the company. The worst thing you can do is ask no questions at all, which hiring managers will take as a red flag that you’re lazy, unprepared or not interested in gaining employment with the company.

When you get the chance to ask questions, use good judgment to discern how the conversation develops. If the hiring manager seems engaged, then keep asking questions until you feel like it’s time to wrap things up.

However, Empire Resume usually advises job candidates to stick to asking three to five questions during an interview. Even if it feels like time is flying by and you’re in the midst of a great conversation, it’s best to be respectful of the interviewer’s time.