Countries that Require People to Serve in the Military 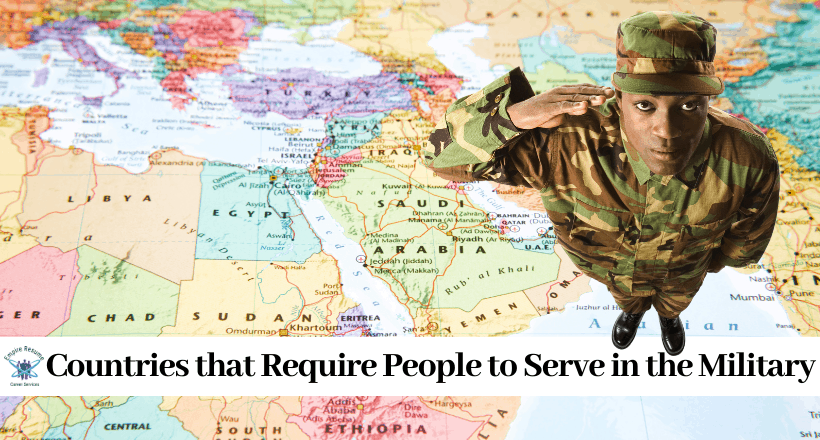 Military conscription is the mandatory enlistment of citizens for military service. Conscription has declined considerably worldwide since the 1970s, but you’d be surprised how many countries still have it in place.

About 26 countries continue to require some form of military service, though the terms vary within each country. For example, some countries require both men and women to serve, while others only require men.

In the United States, conscription has primarily been known as the draft, and it has been used during emergency war times going back to the Civil War. The U.S. used a military draft during World War I, World War II, the Korean War, and the Vietnam War. The draft officially ended in 1973.

The U.S. has relied on a professional military with an all-volunteer force since 1973. However, there are still draft registration laws on the books, which were enacted by President Jimmy Carter in 1979. To this day, all males between 18 and  25 years old must register with the Selective Service System and could be drafted into military service in the event of an emergency.

During the wars in Iraq and Afghanistan, U.S. military experts were concerned the armed forces were stretched too thin, and some politicians suggested reinstituting the draft. According to opinion polls at the time, American citizens were overwhelmingly opposed to reinstating the draft.

Unlike the U.S., several countries still require military service. Empire Resume will delve into a few of these countries and detail what exactly they require. 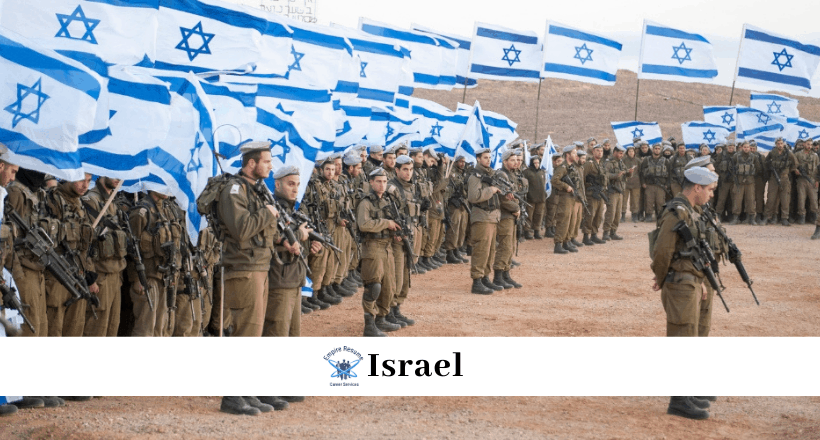 Military conscription in Israel exists for all Israeli citizens over 18 years old or older who are Jewish (both male and female), Druze, or Circassian (male only). Arab citizens of Israel are not required to serve, though they can voluntarily enlist. The State of Israel has required military service in some form since its founding in 1949.

The IDF has exemptions for compulsory service in its Defense Service Law, including religious reasons, mental health, physical health, criminal records, and citizens living abroad. In 2013, 26% of Israeli citizens were exempted from service, with the main reason being religious reasons (13.5%), according to YNetNews.com.

In Russia, all male citizens between 18 and 27 years old must serve one year in the nation’s military, with several exceptions. The “universal military obligation,” as it’s known in Russia, was reduced from two years to one year in 2007 and 2008. Dodging the draft in Russia is a serious crime, too, considered a felony and punishable by up to two years imprisonment.

Military conscription in Russia goes back a long way – all the way back to the Imperial Russian Army of the 18th and 19th centuries. For example, in 1834, the length of service was reduced from 25 to 20 years, plus five years in the reserve.

Greece has required military service for men between the ages of 19 and 45 years old since 1914. The length of service is nine months in the Army and 12 months in the Navy or Air Forces. Once discharged, citizens are placed in the reserves and could be recalled to duty for periods of one to 10 days at irregular intervals.

Women are allowed to serve in the Greek military on a volunteer basis, but they’re not required by law. Also, Greek males between 18 and 60 years old who live in areas prone to attack and war are required to serve part-time in the National Guard, for which they are paid.

Greek citizens may serve reduced tours or obtain permanent deferments for several reasons, including mental illness, being the father of three or more children, for various other reasons of supporting a family, and being a foreigner living in the monastic community of Mount Athos.

Greek law, as of 2004, also provides for alternative national service for conscientious objectors of the military, though those who apply for it are often denied. Alternative service is about twice as long as serving in the military (23 months).

The military is a vital part of Finnish society and culture, and Finland’s army operates based on universal male conscription. All Finnish men 18 years or older must serve either 165, 255, or 347 days in the Finnish Defense Forces.

About 80% of Finnish males complete conscription, giving the country one of the highest rates of required military service, along with countries such as Israel, Singapore, North Korea, South Korea, and Turkey. Women are eligible to voluntarily serve in the military but aren’t required to.

Conscription in Finland can also take the form of civilian service, which always lasts for 12 months. Civilian service may occur at the country’s Civilian Service Center in Lapinjärvi or at an accepted nonprofit organization.

Finland’s conscription laws have faced criticism in recent years. A citizen’s initiative to abolish the laws was started in 2013 but ultimately failed to gain enough support to initiate a parliamentary process. Any Finnish citizen who fails to report for military or civilian conscription faces 173 days imprisonment, minus their served days.

The terms of military conscription in each of these countries varies greatly. In Brazil, for example, men are required to serve 12 months after turning 18 years old. However, there are so many exemptions to service that the Brazilian military is mainly limited to an all-volunteer force.

Military conscription comes with distinct advantages. Some of these include promoting national unity, creating a greater level of government participation for citizens, and teaching valuable skills to servicemembers.

Mandatory military service is controversial, which is one reason why many countries today have moved toward professional, all-volunteer forces.

Drawbacks to military conscription include interfering with other forms of education for young people, putting young lives at risk, and compromising the quality of the military with low-skilled draft soldiers.

Dr. Phillip Gold is President/CEO of Empire Resume and has vast experience writing resumes for both professionals and service-members transitioning from the military into civilian roles. He served as a Captain in the U.S. Air Force and was responsible for leading nuclear missile security. Phillip is a Certified Professional Resume Writer and holds a BA in Communications from The Ohio State University, an MS in Instructional Technology, an MBA in Finance, and a PhD in Finance.