How Often Do You Need to Move in the Military? 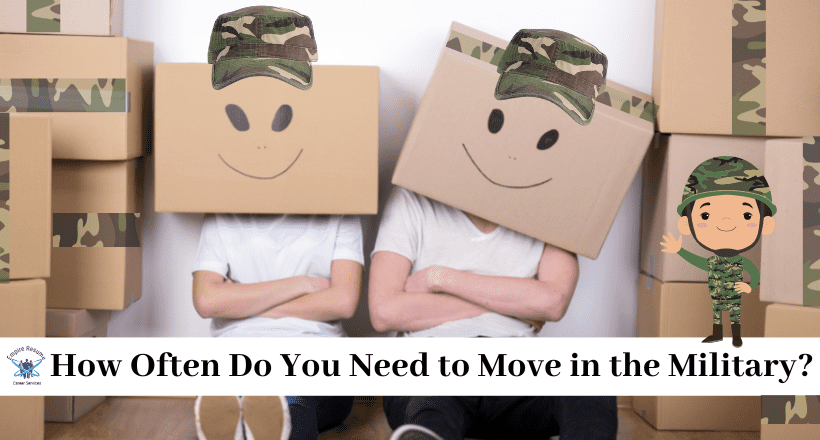 Most people know that military servicemembers and their families move a lot. According to many veterans, it’s one of the best and worst parts of being in the military. You get to see parts of the country and world you’ve never seen before, but moving is also stressful, potentially expensive, and hard for military spouses and children.

Many children of military veterans talk about their upbringing as so-called “military brats.” It’s not meant as a derogatory term but more so an endearing nickname for the kids who move so often because of their parent’s service in the U.S. military.

But why are the moves so frequent? And how often do they happen?

Empire Resume will explore how often military members must typically move, including why it happens and the best ways to deal with it.

Why Servicemembers Move So Much 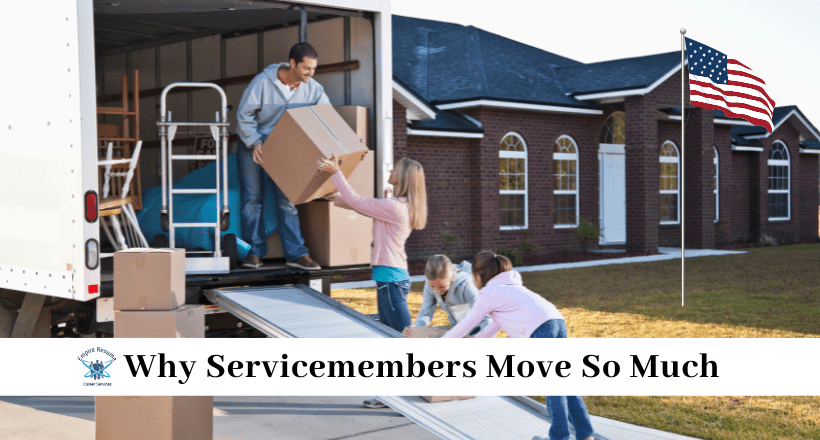 One main reason servicemembers move so often is to get additional education or training. Being the in the military requires continuously expanding knowledge and training, and many times servicemembers must move to the location where the best exercise is available.

Constant moving is a challenge for servicemembers and their families, but there are benefits too. The frequent changes help servicemembers stay resilient and adaptable, an essential quality for any servicemember. The experience of frequent moving also helps develop a more well-rounded perspective and keeps servicemembers prepared for the unpredictability of possible future military assignments.

However, frequent moves put a lot of stress on military families. Spouses and children get uprooted from their communities every few years, having to leave friends and family behind. Children must attend new schools, and spouses may have to find a new jobs or leave the workforce altogether.

The Department of Defense does subsidize military moves, but not all costs are covered. Various expenses not covered, like cleaning supplies and new clothes for new climates, can add up quickly.

Things get more complicated if you move overseas and into a foreign country. Your entire family will need passports and visas. Moving into a foreign country also means more stringent rules about the types of belongings you can take. Usually, the military will pay for you to keep some of your stuff in storage and reimburse you for shipping the rest of your belongings. The military will also pay you to send one car overseas, but they won’t pay for you to move a pet.

Saving Up for Moving Costs

Frequent moving presents many challenges to military families, especially emotional ones. But the moves can also be expensive. The military reimburses servicemembers for most of the costs, but the money can often leave your bank account before the check arrives.

Military experts recommend you keep a PCS savings fund and practice good financial wellness. Experts recommend always saving more than you expect the next move will cost. During the move, receipts are often lost, and you don’t always get reimbursed for the total amount. Aim to save as much as possible so you have a little wiggle room and still have some discretionary income.

Another thing to remember is that enlisted military personnel move far less often than regular officers. Some enlisted servicemembers can stay cozy in the same base for most of their military career, while officers move every few years.

Not everyone agrees with the frequent moving of officers and their families. There has been more criticism lately of this seemingly inevitable way of military life. Some people argue that the real reason officers are moved so frequently is to make them emotionally detached.

While this is just a few peoples’ opinions, the theory makes sense. Being too emotionally attached to friends, families, or a community could make servicemembers less focused, especially on the battlefield. To prevent emotional attachment, the military may move officers around to keep them adaptable, resilient, and more focused on their military work.

Another criticism of frequent military moves is that they waste taxpayer dollars. Congress has complained in recent years of the high cost of benefits for military families. According to the Government Accountability Office, the cost of PCS moves has spiked 13% since 2001, and they now cost the government over a whopping $4.3 billion annually. The average cost of a PCS move to the federal government is approximately $6,700.

Unless there’s a change to military policy, frequent moving is an inevitable part of military service, especially for lower-ranking officers. In some cases, military members and their families move up to 10 times before their child turns 12 years old, meaning the kid will have to change schools up to 9 times before graduating high school. It’s a disorienting way of life, but the military does provide financial resources and community support.

Like the servicemember, military spouses and children must learn to adapt quickly, deal with constant change, and stay resilient. Being in the military has many benefits, but constant moving is one of the biggest challenges. Families can expect a lot of paperwork and being the “new kid on the block” is always challenging, but it’s all part of the sacrifice it takes to serve the United States military. When folks tell veterans, “Thank you for your service,” this is one of the many things they’re being commended for.

Stay tuned to Empire Resume’s blog for more helpful articles about military life and transitioning to civilian employment, such as 3 Fortune 500 CEOs Who Served in the Military, Hardships Women Veterans Face, and How to Get a Job on a Military Base.