How the Pandemic Has Changed Workplace Social Settings 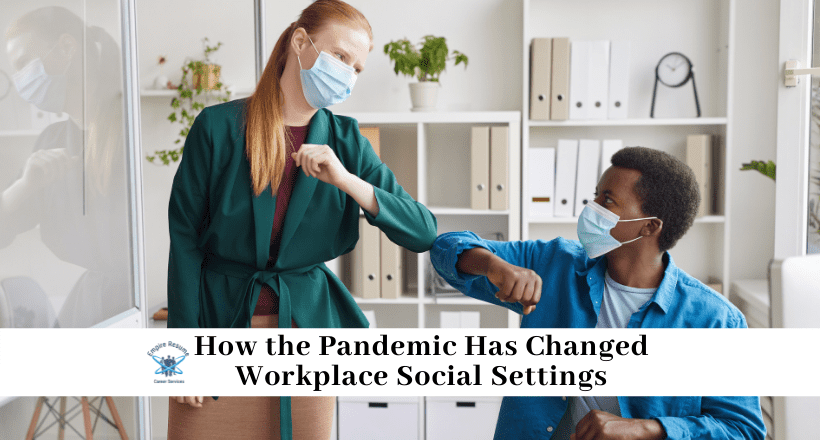 The pandemic has changed American culture, perhaps for good. As concerns about COVID ease, we’re starting to enter a new normal. People are going out to eat again, having fun at crowded sporting events, and more. But some of the effects of the pandemic have created new normal behaviors.

Nowhere is this more apparent than in the world of work. Remote work was once a fringe benefit for white-collar workers until the pandemic forced offices to shut down. It has been more than two years since the pandemic started, and many offices nationwide still haven’t fully re-opened.

Workers everywhere, no matter the age, seem to love remote work. It’s hard to argue with the benefits of remote work for work/life balance. As people return to the office, many companies are opting for a hybrid model where employees work partially from home and the office. This means that the social setting inside offices has changed irrevocably since the pandemic started.

For one thing, offices aren’t nearly as full as they used to be. With hybrid schedules, most people are no longer in the office five days a week. This has led some corporate executives to fear the loss of company culture. If everyone isn’t together all the time, how will employees get to know each other? Doing so via Zoom calls and instant messaging has proven difficult at times.

Empire Resume will delve into how the social setting inside work offices has changed after the pandemic, including the changes to corporate culture, how long the hybrid model may last, and the changes to office buildings themselves.

Loss of Connection with Co-Workers 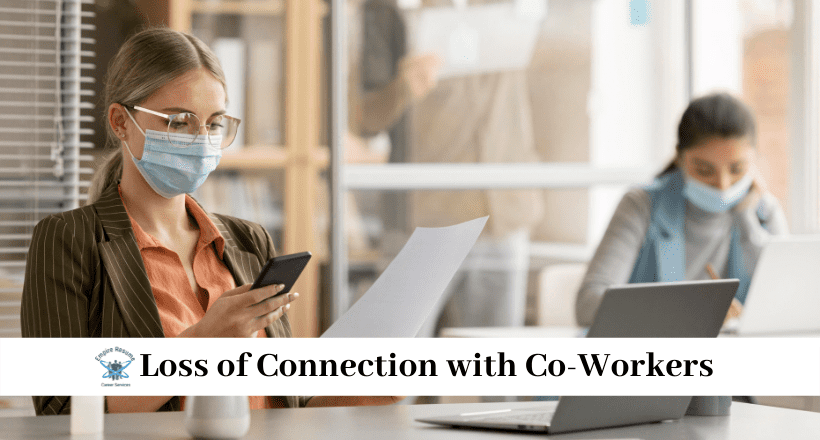 Only 23% of Americans frequently worked from home before the COVID outbreak in March 2020, according to the Pew Research Center. Obviously, this percentage has changed immensely. 59% of Americans told Pew in January 2022 that they were working remotely all or most of the time.

Many people love the benefits of remote and hybrid work. The arrangement has been a godsend for working parents, helping them take care of their kids without constantly running around. Other remote work benefits include taking away long daily commutes, better work/life balance, and more productivity and ability to focus for some employees. Remote work also gives employees “location independence,” meaning they can live anywhere they want and not close to their office if they’re entirely remote.

The biggest downside of remote and hybrid work has been a loss of connection with co-workers. It’s harder to communicate with colleagues when everything is virtual, no matter how good Zoom is. Being in the office full-time meant you got to know your co-workers much better.

The loss of in-person interactions has been an obvious downside of remote and hybrid work and concerns workers and companies, though companies are probably more concerned. Remote work can also sometimes be lonely, and texting with co-workers isn’t the same as chatting by the water cooler.

Remote work has profoundly changed the social setting in offices. When workers go into the office, they rarely see all their co-workers. Most people are on staggered schedules, staying home some days and in the office on other days.

This has created a situation where companies are more distributed, as HR experts have called it. This trend of a distributed workforce was already picking up steam before the pandemic, but now it’s become much more common. 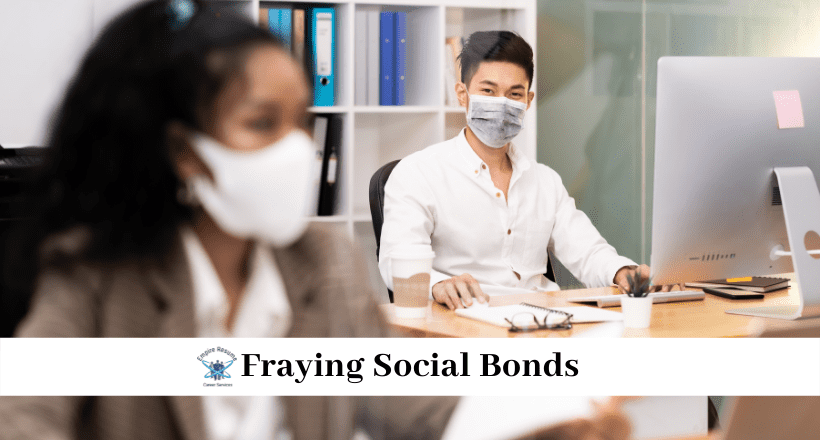 A trade-off of remote work is that some companies find it harder to foster collaboration among employees. When everyone’s in the office all the time, it’s easier to stop by someone’s desk to ask a question or to chat with the person. In-person interactions, especially for some people, lead to better problem-solving and creativity.

With offices being emptier, the social life isn’t as vibrant. The average person spends one-third of their life (90,000 hours) at work, according to industrial psychologist and data scientist Andrew Naber. Before the pandemic, most of those hours were in the office or commuting. It’s a depressing statistic, but it also shows that a large part of our social life revolved around work. Whether we hated the office or not, we likely created strong bonds and friendships with co-workers. Things would develop like inside jokes and generally a unique office culture that felt like a second home, even if it wasn’t always positive.

Remote and hybrid work has changed this significantly. During the first year of the pandemic in 2020, the average person spent almost an hour more time alone than in 2019, according to the American Time Use Survey. People also spent more than one and a half hours less with people outside their household.

People are beginning to socialize and see co-workers more, but it hasn’t gone back to pre-pandemic levels for most. Because of this, the bonds between people at work may have frayed.

For some remote employees, it’s possible to work for a company for several months or longer without ever meeting a co-worker in person. This possibility may have seemed outlandish before the pandemic started, but it’s more common today. 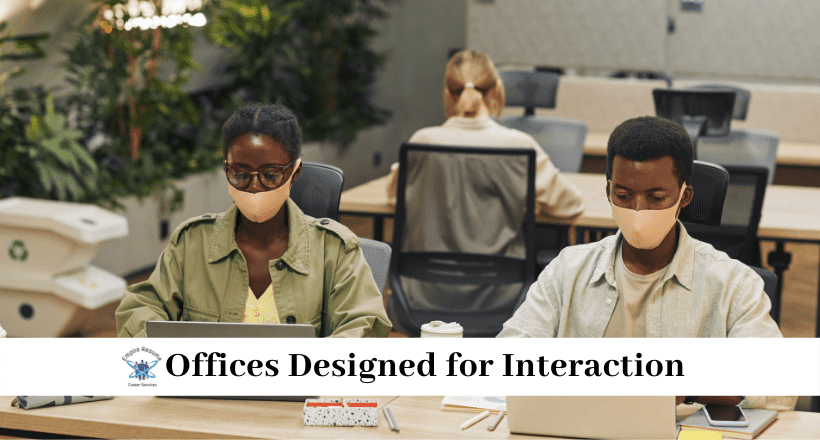 Another way the social setting in the office has changed is the actual offices themselves. Most companies are eager to entice employees back to the office, so they’ve invested in renovations and sometimes entirely new buildings. More companies, especially Fortune 500 firms, are spending big money to provide fancy office amenities that encourage collaboration and better social interactions.

Depending on the company, your new, renovated office could have a spruced-up fitness center, a lounge with comfy furniture, or in some extreme instances, a cafeteria with an on-site chef. In commercial real estate, they call this trend the office “flight to quality,” meaning companies are looking for buildings and workspaces that are attractive and that employees would love to work in.

Not every company has made these changes, but many have. For some companies, they’ve also provided so-called co-working and flex offices like WeWork spaces. In these types of offices, people work alongside freelancers and people from other companies. Many employees like these arrangements because of the chance to meet new people and get away from the house.

The fancier, better-quality offices that some companies are investing in significantly impact the social setting. Some companies are knocking down cubicles and investing in open floor layouts where people share desks, forcing them to interact more. And newly designed cafeterias and fitness rooms are also built with the goal of more interaction. 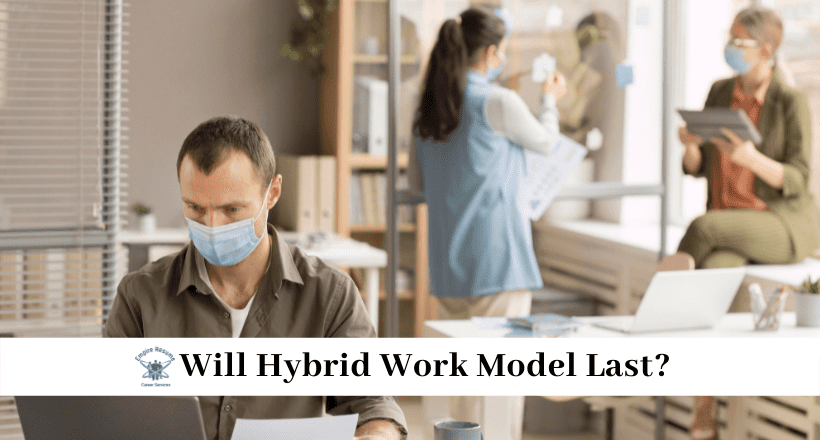 Many new offices are also designed with hybrid and remote work in mind. Companies think that if employees aren’t going to be in the office all the time, they can do focused work at home and then collaborative work in the office. But the question some people are asking is if the remote and hybrid work model will last and if it’s really the future of work.

Most white-collar workers say they prefer remote and hybrid work in numerous surveys. It depends on the job, but many white-collar jobs today can be done entirely from home. Employers seem to be enabling this trend for now because, for one thing, workers have the upper hand in the labor market.

The so-called Great Resignation is still in full-swing, and statistics show that most industries are struggling to find qualified employees. An average of at least 4 million Americans have quit their jobs per month going back to 2021. Because of these labor shortages, companies are bending backward to satisfy and recruit workers. Part of that includes giving them the option of remote and hybrid work schedules.

But the future of hybrid work isn’t guaranteed. If the labor market shifts back into employers’ favor, many companies may start demanding a full return to the office. Google’s former head of HR, Laszlo Bock, recently said hybrid work won’t last because many bosses want employees back in the office, like in the pre-pandemic days. According to Bloomberg, one unnamed executive told Block recently, “‘We’ll get everyone back into the office eventually. I just don’t want to pick that fight now.’”

Only time will tell what happens. For now, it looks like remote and hybrid work will continue for the foreseeable future. Companies that don’t have a hybrid model are at a significant disadvantage in the job market. Postings for remote-only jobs have skyrocketed since the pandemic started. So, if a company tells someone they have to be in the office five days a week, many workers could easily find another job where that’s not the case. 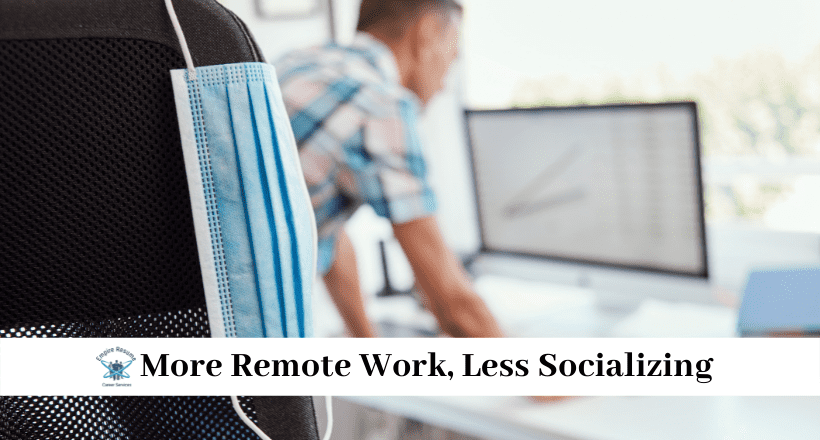 The pandemic has changed numerous things about our way of life, especially how we work. Many people love remote work, but there are notable downsides. One downside is the lack of in-person interaction that has significantly changed the social setting inside the average office.

Many people say remote and hybrid is the future of work, but others aren’t sure. We have the technology to do many white-collar jobs anywhere, but that doesn’t mean companies will want to work that way forever.

Workers are slowly returning to offices as COVID cases and concerns ease up, but the social life of many offices hasn’t fully returned yet. That’s because offices are emptier than they used to be. Those serendipitous encounters at the water cooler have been mainly replaced with video calls.

This may not entirely be a bad thing, though. Many of us spent countless hours commuting to the office and being in the office. And while the social interactions could be great, there are also a lot of toxic workplaces and employers out there.

Stay tuned to Empire Resume’s blog for more helpful insights on careers and employment, such as articles like Dressing for Your Interview, How to Successfully Change Careers, and What it’s Really Like to Work for Apple. 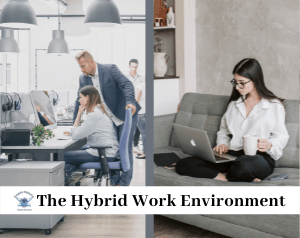 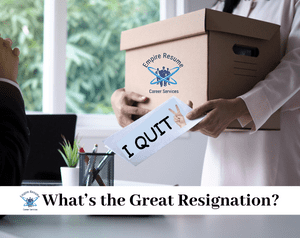 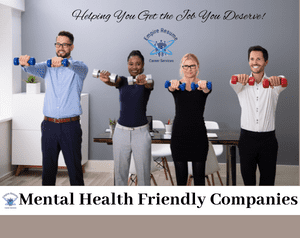