How to Connect with People on LinkedIn 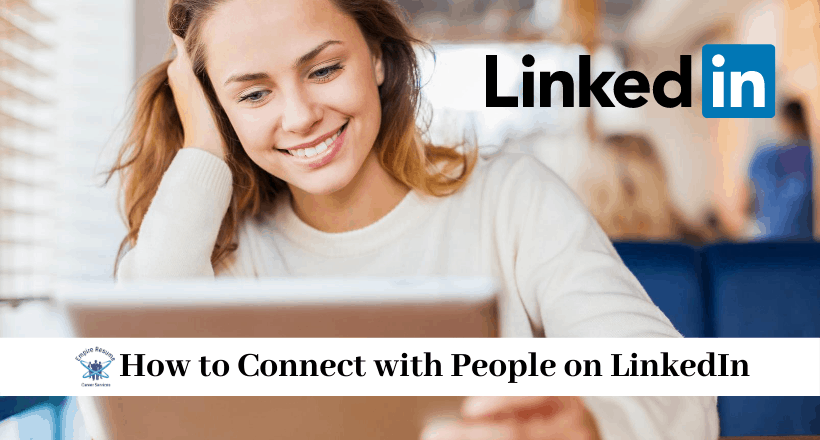 LinkedIn is a social media site and, because of that, one of the primary purposes is making connections with other users. The idea: grow your professional network, gain credibility on the site, and improve your job prospects.

Many people have questions about making connections on LinkedIn, though. Should you accept invitations from people you don’t know? What’s the ideal number of connections to strive for?

There are various strategies for connecting with users on LinkedIn. Social media experts advise striving to reach 500-plus connections, which is the gold standard on the site. However, experts say you should also be wary of connecting with people you don’t know.

Sending connection invites is simple, especially if you’ve known the person for a while. If you don’t know the user, there are still ways to connect by crafting a custom invitation that explains why they should accept.

The key is to find a balance between quality and quantity when adding connections. Some users on LinkedIn take it too far, connecting with anyone and everyone. A better strategy is to be authentic and expand your network naturally as your career progresses and you meet new people.

Empire Resume will discuss how to connect with people on LinkedIn, including the best and worst ways to grow your network, people to avoid connecting with, and how to make the most of LinkedIn’s essential feature.

The Benefits of Growing Your Network 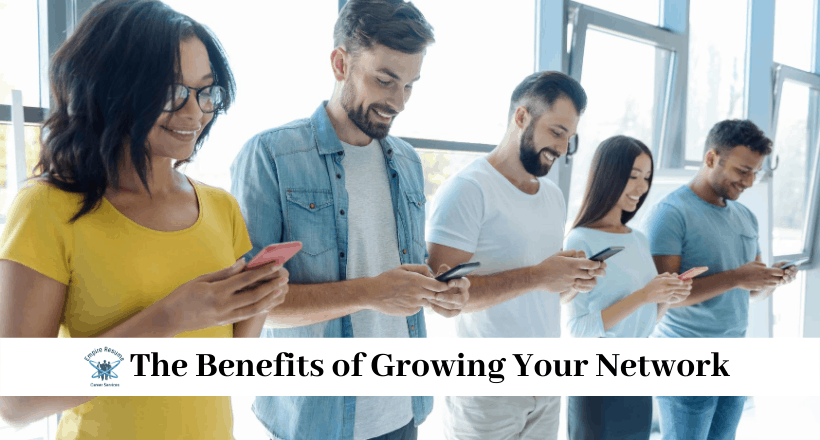 There’s debate about how large one’s LinkedIn network of connections should be. A Harvard Business Review article from 2016 argued the more connections a user has, the less valuable they become. The author says it’s better to have a smaller and more intimate network.

Nevertheless, there are many benefits to making more connections. Some people strive to become “influencers” on social media site. On sites like Twitter, this means gaining followers. On LinkedIn, it’s all about connections.

Another benefit: When you post content on LinkedIn, you’ll receive more views, likes, and shares if you have more connections and a more extensive network. Receiving more engagement on posts is an obvious plus.

How Many Connections Should You Have?

As your connections grow, so will your influence on LinkedIn. As we mentioned, you’ll want to be genuine in making connections. But many social media experts advise striving to gain at least 500 connections on the site.

Why is 500 the magic number? After you hit the 500-connection milestone, your profile will say “500+ connections.” LinkedIn won’t show the exact amount after that because they don’t want to turn the site into a popularity contest.

With 500-plus connections, you’ll appear like a relevant player in your industry with an expansive network. Nearly 30% of all LinkedIn users have more than 500 connections, according to statistics from bdacademy.pro. A user only needs 50 connections to achieve an “All-Star” profile status on the site.

But remember: the value of connections is always better than the sheer number. A good rule of thumb is to have about 10 times as many connections as your age, according to social media expert Neil Schaffer. His reasoning is the average professional meets more than 10 people per year, and you’ll make a genuine connection with about 10 of them.

Schaffer’s strategy makes sense. Instead of spamming users with connection invites, growing your LinkedIn network naturally ensures you slowly and steadily build influence throughout your career and job search.

Who Should You Connect With?

Sending connection requests on LinkedIn is straight-forward. The bigger question is, “Who should you connect with?” As you seek to grow your network, various types of users can be ideal connections.

The obvious first choice is professionals whom you already know. This includes former bosses, co-workers, and the various other people you’ve met throughout your career. These people are your trusted work friends, and they’ll be the ones most likely to endorse you or give you a recommendation.

Another connection choice is friends, family, and people from your extended background. You may not have any professional ties to these folks, but they’re still part of your network. Perhaps you coached their kids in Little League or graduated high school with them. Either way, these people provide strong community ties and can deepen your network.

Other connections to consider include:

Be Wary of ‘LinkedIn LIONS’

We shared the benefits of an extensive LinkedIn network. So, that means you should connect with anyone and everyone, right? Probably not. Some users rack up connections with total strangers, but it’s not a great strategy.

There’s debate about connecting with people whom you’ve never met before. Sometimes it’s not a bad idea. But adding connections solely for the sake of increasing the number can backfire.

The purpose of LinkedIn is networking, and you’ll want to have a network of valuable connections whom you know and can rely on. Maybe these people can offer you a job, give a recommendation, or provide an insight. If you continue to add people who are total strangers, you may develop a larger, but irrelevant network of professionals on the site.

When you become active on LinkedIn, you may start receiving connection invites from people you don’t know. It’s best to be selective in choosing to accept. Check out the person’s profile and be discerning. Look at their network and see if they’re connected with other respected professionals.

Be wary of what’s known as a “LinkedIn LION,” which stands for LinkedIn Open Networker. These types of users attempt to connect with anyone and everyone to build the biggest possible network for themselves.

Though not all “LIONS” are harmful, some of these users could be spammers that pose risks of identity theft, scams, or invasions of privacy. If you connect with them, this also gives them access to your connections.

Because LinkedIn is a professional social media network, there’s a good deal of rules and etiquette that has developed. For example, if you connect with someone you’ve never met, it’s proper to send a personalized invitation request.

When you send a connection invite, LinkedIn gives you the option of adding a personal note that’s limited to 300 characters. It’s a good habit to always include a short message, but it’s especially crucial if you don’t know the person.

The potential connection will want to know if they know you and, if not, why they should and why you’re sending the invite. Mention the reason for the invite, such as shared connections or business goals, how you found their profile or the reason you’re reaching out to them.

As we mentioned, be careful with sending requests to people you don’t know. If users turn down your request and say they don’t know you, this could have consequences. If too many people mark your requests as “I don’t know the person,” LinkedIn could restrict your profile.

LinkedIn has become an invaluable professional network. As Empire Resume has written before, job seekers should be active on LinkedIn and committed to creating a solid profile and expanding their networks.

There are a variety of strategies to making more connections on LinkedIn, so it’s important to be true to yourself and your career goals. Not everyone wants to become a social media influencer or a “LinkedIn LION.”

Look to add connections naturally on the site. As we mentioned, a top social media strategist believes about 10 connections per year is a reasonable goal. For example, if you’re young and just getting established in your career, the expectation to have more than 500 connections is unrealistic.

More connections are better, but think quality combined with quantity. Be wary of accepting invites from strangers and possible spammers and follow LinkedIn etiquette by sending personalized invitations to people you don’t know.

Check out Empire Resume’s library of articles for more valuable insights about LinkedIn, including how to brand yourself, tips for when you’re unemployed, and how to give and receive recommendations.

How to Give and Receive Recommendations on LinkedIn