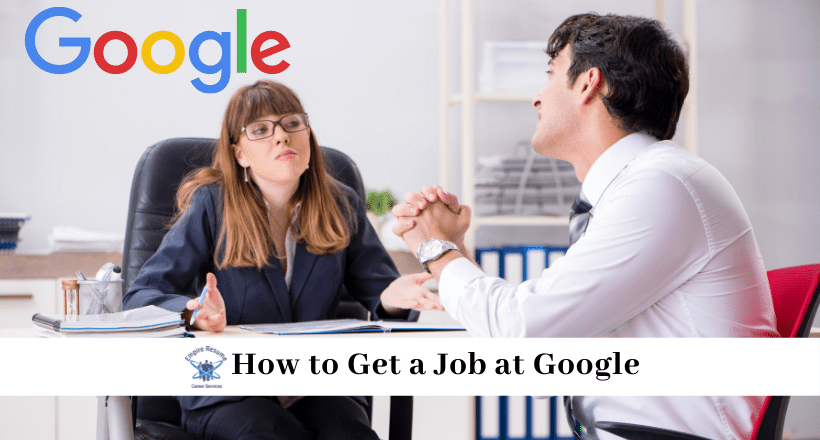 Founded in 1998, Google is the type of company that has surpassed every expectation to become a near-ubiquitous cultural icon. Google.com, the search engine, is by far the most visited website globally, and Google’s share of the global search engine market is a stunning 92%, according to Statcounter.

Google is such a dominant company that the word ‘google’ has even become a verb used in everyday language among almost everyone. If you don’t know something, you ‘google’ it. Simple as that.

Alphabet is Google’s parent company and the actual business name used by investors and those trading in the company on the stock market. In early 2020, Alphabet became the third American tech company to reach a market capitalization of $1 trillion (joining Microsoft and Apple). As of October 28th, 2021, Google is worth a staggering $1.942 trillion.

Despite these big numbers, Google isn’t that large an employer compared to fellow tech giant Amazon and companies like Walmart, FedEx, Home Depot, and Target. Google currently employs nearly 140,000 workers, and their employment numbers have surged every year. Nevertheless, for a company worth almost $2 trillion, they’re not included among the top 27 largest U.S. employers in terms of the size of their workforce.

One reason why this is the case is that Google works so heavily with temporary workers and contractors. The New York Times reported Google worked with roughly 121,000 temps and contractors worldwide in 2019, which was larger than its full-time workforce at the time.

Getting a job at Google can be very difficult. The prestigious tech company hires about 20,000 people per year, but it also receives more than three million job applications per year. That breaks down to a 0.67% acceptance rate! If you look at it that way, it’s easier to get accepted at Harvard than land a job at Google.

But don’t despair. Though it’s tough, it’s possible to land a coveted position at Google and work what could be a dream job. Since Google is such a huge company, there’s tons of information out there – including from Google itself – about how their hiring process works, what they’re looking for, and what you’d need to do to grab their attention. The odds may be stacked against you, but it certainly doesn’t mean you can’t make it happen.

Empire Resume has distilled the best advice available on getting a job at Google and will tell you how to apply, what you should expect, and more.

Types of Jobs at Google 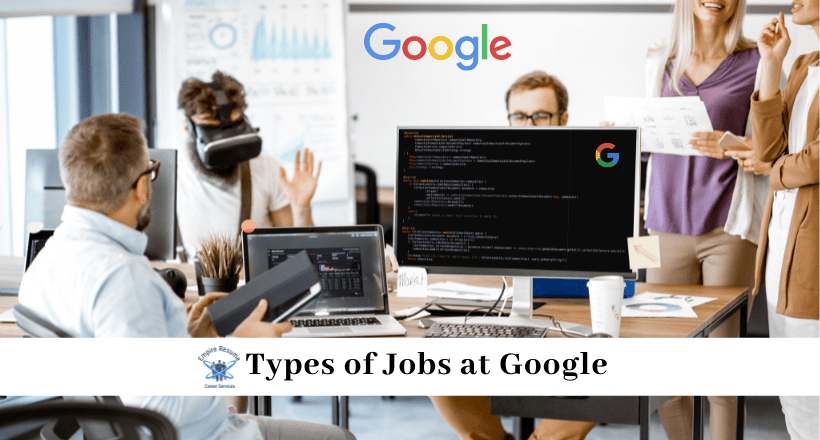 You undoubtedly know who Google is, and you likely associate the company with its search engine. But like many of the foremost tech companies of today, Google makes money from a wide range of internet-related products and services.

Because Google does so much, it means there’s a wide variety of jobs available there in different divisions and departments. On its career’s website, Google lists some of its divisions as Engineering and Technology; Sales, Service, and Support; Business Strategy; Legal; and Facilities. Google breaks up its teams into two main departments: business jobs and engineering/technical jobs.

If you’re looking for an engineering/tech job at Google, make sure you’re entirely up to date on the technical skills Google looks for. Google has a curated collection of tech know-how called its Guide to Technical Development, which you should check out. It has resources for newbies and veterans alike to develop skills in areas like Machine Learning, Programming, and Cloud Computing. The guide also contains potential interview questions, GitHub training, and more.

How to Apply to a Google Job

The logistics of applying for a position at Google are simple. But as Google says on its careers site, the company wants you to do a lot of self-reflection and think deeply about why you want to work there before you apply.

When looking at open positions at Google, realize the tech company does things a little differently. They’re not a standard company, and they don’t follow the same rules as most companies because of how innovative and forward focused they are. So, think outside the box when applying for jobs there.

You can search for Google positions on all the job postings sites like LinkedIn, Glassdoor, and Indeed. But all the postings will include a link that directly takes you to the Google careers site, so you’re better off starting and ending your search on Google’s site. Some things to keep in mind:

For most jobs you apply to, you probably have a primary resume you tweak a bit here and there before hitting send. But before applying to a Google job, the company recommends starting from scratch each time, so you’re looking at the position from an entirely fresh perspective.

Many tried-and-true resume tips still apply with Google jobs. For example, align your skills and experience with the position, using the most relevant keywords from the job description to help get past the Applicant Tracking System (ATS). You should also:

Also, like Amazon, Google doesn’t require cover letters, but Empire Resume recommends still submitting one since it shows you’re going above and beyond the typical applicant. Keep the cover letter concise and focus on quantifying your relevant achievements with data.

Talking to a Google Recruiter

Many people on Glassdoor say their first contact after applying for a Google job is with a recruiter. If the conversation with the recruiter goes well, they’ll advance you into the formal interviewing and hiring process. If you’re a college student, you may also have a chance to speak with a Google recruiter at a career fair.

Google assesses candidates in several different ways before conducting in-depth interviews, and they do similar assessments for each type of position. Some possible evaluations include:

When talking to a Google recruiter or during brief phone or virtual interviews, make sure to ask the right questions to impress them. Be enthusiastic about the opportunity and ask about company culture and how the team defines success in the role you’re applying for.

On its careers website, Google admits its interviewing process can be “rigorous.” You may have to do three to four interviews in a single day, either virtually or in person. Google no longer uses brain teasers like they used to, so don’t worry about that. But the company is well known for asking tough and unique questions that can be hard to prepare for.

Under Google’s structured interviewing system, every candidate is assessed on clear rubrics, so each person is evaluated from the same perspective. Google also likes to ask open-ended questions to determine how candidates think, interact with a team, and solve problems.

Google loves group interviews, and a candidate must get unanimous approval from everyone in the group to land the job. So, no pressure! It’s impossible to prepare for every question a Google interviewer may ask, so practice scenario-type questions where you’ve faced ethical dilemmas, conflicts with co-workers, and things along those lines.

Getting a job at Google is challenging but not impossible. Former Google recruiters emphasize that because Google is such a large and unique company, landing a job there often isn’t a straight path. Google looks for exceptional, creative problem-solvers who are passionate about what they do. So, even if your resume isn’t Ivy-League material, there’s always the chance Google will give you a shot if they believe you have that “it” factor.

Google is all about passion and collaboration, so emphasize those things on your resume and in potential interviews. Having a good answer to why you want to work at Google is more important than you may think.

Stay tuned to our blog for more helpful career and employment insights, including articles like How to Stand Out in a Group Interview, What it’s Really Like Working for Google, and 5 Ways to Improve Leadership Qualities.