How to Get an Internal Promotion 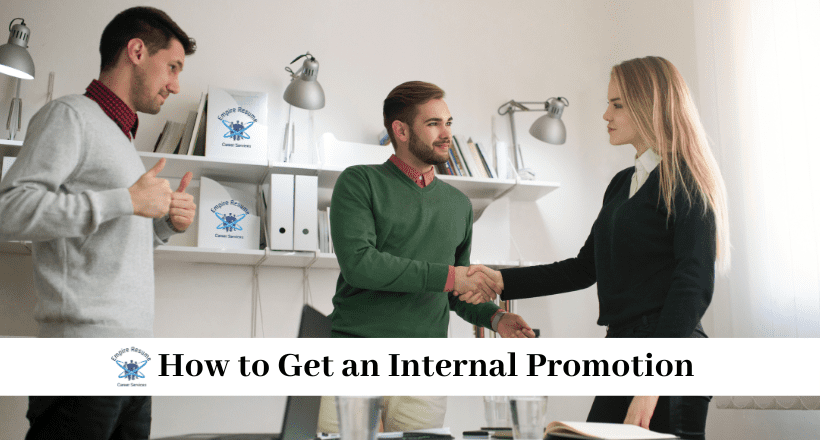 Many job seekers have been seeking new positions to make better money within the past year or so. That’s been the crux of the so-called “Great Resignation.” Most white-collar employees who have quit aren’t sitting around and doing nothing. Instead, they’re moving on to higher-paying jobs.

It’s always tempting to find a new job that pays better. And based on a lot of research, job-hopping can be the best way to boost your salary throughout your working life. But changing jobs isn’t the only way to get paid more. Workers can also work toward an internal promotion.

Most every employee wants a promotion for obvious reasons. Advancement in a company usually means more money, more influence, and more control over what you do every day. The million-dollar question, though, is how you can get promoted. At times, it feels like the decision is out of your hands.

But while the decision to be promoted is ultimately not yours to make, there are ways to proactively pursue a promotion and increase the chances of getting one. It comes down to two things: working and acting in a way to warrant a promotion and asking your boss for the opportunity.

Empire Resume will talk about how to get an internal promotion, including the top characteristics of employees who get promoted and the best ways to ask your boss or manager for advancement.

Go Above and Beyond 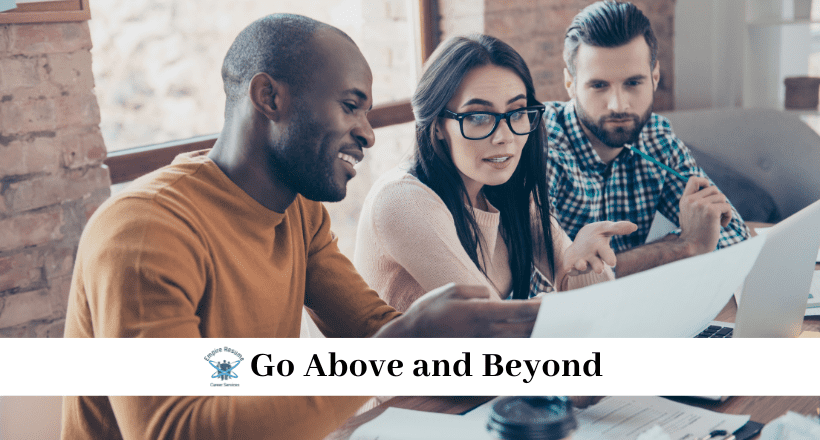 The most obvious way to get promoted is to be very good at your job. This should go without saying, but if you’re a top performer and you go above and beyond consistently, the higher-ups will see you as a promotion candidate.

Think about what your company wants and figure out ways to add value to the company from your contributions. Improve your skills to deliver better results and keep improving through hard work and learning new things. If you expose yourself to a broader range of tasks, you’ll broaden your knowledge and skill set and chart a path to career growth.

Show that you can develop yourself professionally, too. Some high-performing employees stay in the same role forever. They do their jobs well, but their performance reviews remain the same, with the same strengths and weaknesses. To be promoted, you must prove that you can do your job well and get increasingly better at it and work hard on weaknesses you may have.

Another characteristic of employees who get promoted is those who work well with others and have strong relationships across the organization. Promotion decisions aren’t made by one person. At most companies, promotions require the sign-off from other people as well and not just your manager.

Be a good partner and treat co-workers and managers respectfully, even if it’s not always reciprocated. You want managers to be on your side and rooting for you, and if you make enemies at the company, that could ruin promotion chances. You may get frustrated with co-workers sometimes, but your promotion opportunities could be killed if you blow someone off or act unprofessionally.

Look at the Big Picture

Employees who get promoted are also able to see the big picture. When you get promoted, you’ll be in a more prominent role requiring you to think strategically about the company. So, think that way now in your current position and beyond your day-to-day assignments and duties.

Pay attention to the people at your company who have been promoted. Look for the common personality traits, achievements, and work habits of those who have advanced. While you don’t want to make yourself a clone, it’ll be vital to mirror some of these characteristics to fit the mold of promotion material.

For example, some workers who get promoted tend to be very social and outgoing. If this is the case at your firm, then you may need to make an effort to socialize more and take part in company events. Of course, you’ll want to be yourself, but you may have to get outside of your comfort zone.

If you want to get promoted, you shouldn’t agree with everything your boss and company executives say. Disagreeing thoughtfully and respectfully can help your career, especially if you have good insights. But you should be a “yes” person regarding opportunities to take on more work and expand your role.

Always look for ways to expand your skill set and help the company. You need to prioritize smartly and not add too much to your plate. But if you’re willing and not overworked, taking on new assignments and impressing people across the organization will put you on the radar for a promotion.

Workers who get promoted are also good listeners. It’s a common misconception that leaders must dominate conversations to rise to the top. The opposite is usually true among the type of leaders people like to work for.

Excellent social, interpersonal, and emotional intelligence skills will help you become a better worker and improve your promotion chances. Becoming an excellent active listener is one of these critical skills, and it’ll help you form great relationships with others, especially managers and executives.

Asking for a Promotion

A big mistake people make when looking for a promotion is thinking if they simply work hard, they’re entitled to it and it will fall in their lap. Instead, employees need to be proactive and ask for a promotion. But be careful: Never come across like you’re demanding one.

A good way to get a promotion is to ask your boss or manager what it will take to earn one. This lets the boss know that you’re interested in it in the first place and gives you a better picture of what you need to do. Listen closely to what they say. What they tell you about how to get a promotion may be much different than what you suspected.

Never discuss promotions in an adversarial way and offer an ultimatum, such as “Give me a promotion, or I’ll quit.” This is the least effective way to go about it; instead of making a friend, you’ll make an enemy. If you approach your boss respectfully about a promotion, you can turn them into your biggest cheerleader and they can help you earn one.

Lastly, plan the timing of when you ask for a promotion. There’s no perfect time to make the ask, but some times are better than others. The best time to ask is during a performance review, which is already a built-in opportunity to discuss how you’re doing and where your career is heading.

Consider your position at the company and what’s going on with the business and your team and department. Are people quitting or moving up? Is your department doing well or poorly? Usually, when a lot of change is going on, that’s the best opportunity to see where your boss thinks you fit regarding the organization’s future.

Getting a promotion isn’t entirely in an employee’s control, but there are several ways you can proactively go after getting one. Watch out for mistakes along the way, such as asking at the wrong time and assuming a good relationship with your boss will automatically get you promoted.

Simply being a top performer doesn’t mean you’ll get a promotion. Other things factor in, such as your communication skills and whether you think strategically about your business. Decisions about promotions can also be rife with office politics, so don’t be offended if you get turned down for advancement or a co-worker gets promoted, and you don’t.

Another thing to remember is to consider if you want to get promoted at your current company. If you don’t like the company culture and don’t see yourself with a future there, then think about your long-term career goals. Getting a promotion is great, but if managers and executives at the company act like jerks frequently and the office culture can be toxic, think about whether advancing in a company like that is in your best interest.

Job-hopping and getting a new job are one of the best ways to improve your salary, but it is not the only way. Advancing within a company and getting promoted can be a great way to earn more money and influence, especially if you already enjoy your job and your company. If you follow the proper steps, you can increase the chances of a promotion.

Stay tuned to Empire Resume’s blog for more helpful insights into careers and employment, including articles such as Six Things to Never Put on a Resume, How to Deal with Employment Gaps on a Resume, and How to Become a C-Level Executive.

We have greater than a 97% success rate in landing our clients’ interviews!