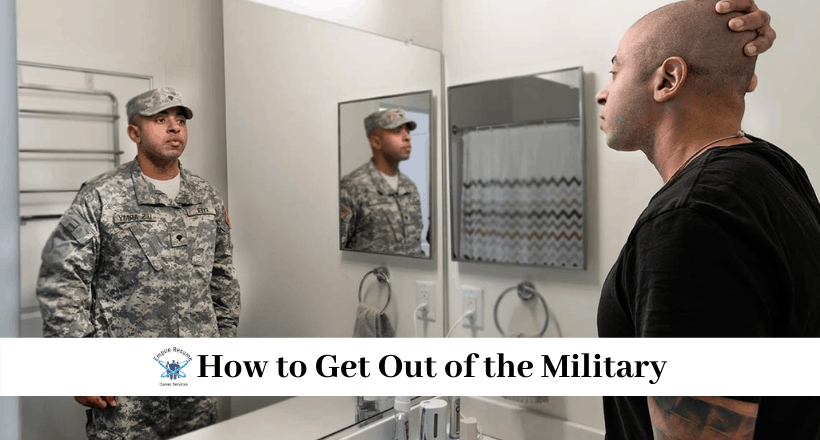 Joining the military is a major commitment, but eventually you and every other service member will close out this chapter in life. You may have reached a cross-road and now you’re asking yourself the difficult question, “Should I stay in or should I get out?” Although there are several options for getting out of the military, it’s not an easy decision to make.

If walking away and venturing out into the civilian world is on your mind, you’re not alone. In fact, 200,000 service members transition out of the military each year.

By the end of Empire Resume’s latest article, you will understand the ins and outs of a few ways of how to make your exit, and decide whether leaving in the near future is the best thing for you to do. 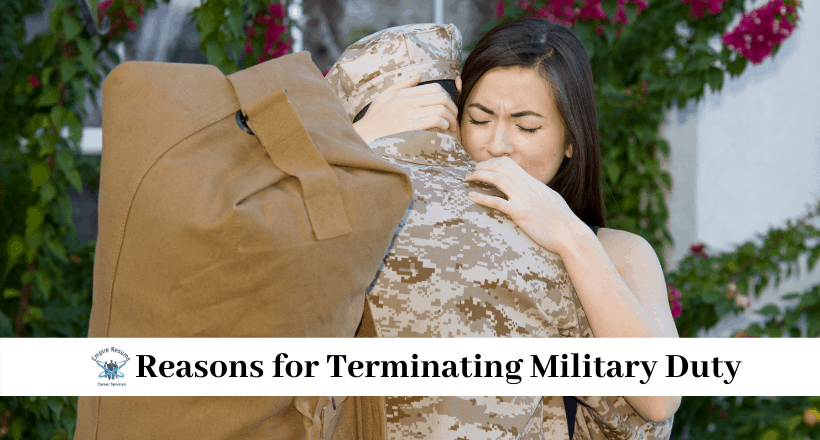 Everyone has their own reasons for wanting to get out of the military. It’s quite possible that a break is needed from the hustle and bustle of the military. Maybe a career change is in order because the grass looks greener on the other side. Or, maybe the constant moving is taking a toll and the person wishes to settle down in one location.

We can go on and on about the reasons for being fed up and throwing in the towel. As you know, the military has a hard time retaining some of its members because:

There’s no right or wrong reason for wanting to abandon the military and live a life of freedom.

Just think, you’ll no longer have the responsibility of putting on a uniform. You’ll also have the ability to sleep in and not wake up at the crack of dawn for PT. Whatever the reason, you can make your exit in 1 of 4 ways.

The preferred and simplest way to end military service is to fulfill your service obligation. In other words, complete your contract.

Military members are required to complete a specific number of years of duty. The years vary depending on how you entered military service. For instance, you may be required to give only 4 years. However, someone else like a pilot in the Air Force must commit to at least 10 years of service.

Bottom line is, if you signed up for 4 years of duty, finish those 4 years and say goodbye.

Med-Boarding or Getting A Medical Discharge

If you have a current injury or even a past medical condition, including mental health conditions, that affects your job performance, you may be able to get medically discharged or, what we refer to in the military as being med-boarded.

There are several laws in Title 10 United States Code, Chapter 61, concerning medical separation that give military departments the authority to separate members who are unfit for duty due to medical reasons.

In the event a doctor diagnoses you with a condition, an evaluation will be performed by a medical board of your respective service branch to determine your fitness for military duty. Pursuing this route can take over 3 months, so it’s important to be patient through the extensive process.

Breach of contract, retirement, fulfillment of contractual obligation, and being offered incentives to leave due to military force shaping are all forms of voluntary separation from the U.S. Armed Forces. This type of leave is based on your will and yours alone.

We don’t recommend this form of getting out of the military. Besides, it’s actually the worst way to leave. If you’re kicked out, this is considered an involuntary discharge. It often results in an Article 15 which may include a demotion, reduction in pay, and other forms of punishments.

Getting kicked out is not a swift process either, as command must show that measures have been taken to rectify the situation before officially giving you the boot. Some reasons for getting kicked out of the military range from going AWOL to bad conduct to illegal drug use.

Are You Ready to Get Out of the Military?

Now that you’re ready to get out of the military, you may want to begin preparing for the next steps in your career journey such as looking for a civilian job.

Being a veteran job finder can be tough when you go at it alone. With Empire Resume by your side, you can have your next employment opportunity lined up in no time.

Every veteran who leaves the military for civilian life needs at least two things: a well-written military to civilian resume and polished LinkedIn profile. If you don’t have either of these, don’t worry. Our Certified Professional Resume Writers can get you squared away. With our help, you’ll have several potential employers lined up and ready to hire you. But don’t just take our word for it. Check out Empire Resume’s Google reviews!

When you’re ready, simply reach out to Empire Resume at info@empireresume.com or 801-690-4085 to find out how we can help you get the job you deserve. Feel free to add our military to civilian blog to your favorites for more tips on transitioning from military to civilian life.