How to Give and Receive Recommendations on LinkedIn 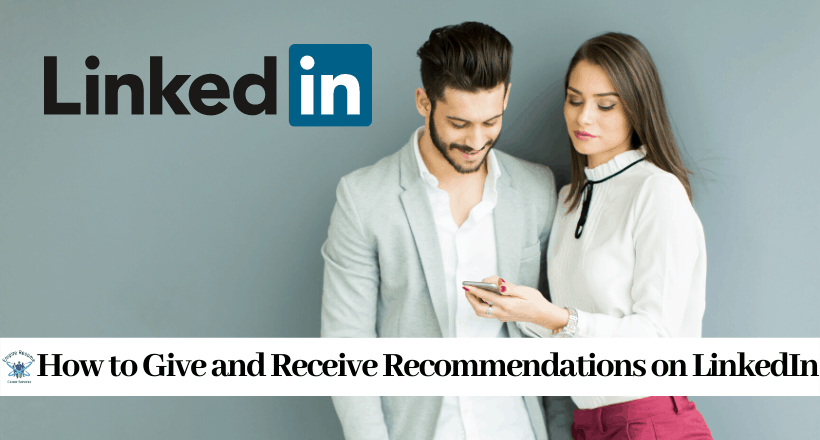 If recommendations are so great, how do you receive them? Part of the answer is being proactive and requesting them from former bosses and colleagues. The other part is about giving and then receiving.

Giving recommendations is a great way to appreciate former bosses and colleagues whom you trust and respect. And when you provide a recommendation, it’s more likely the person will return the favor.

Empire Resume will explain the importance of LinkedIn recommendations and the various ways to give and receive them, including how to ask for one and how to write one that sounds professional and convincing.

Who Should You Write Recommendations for? 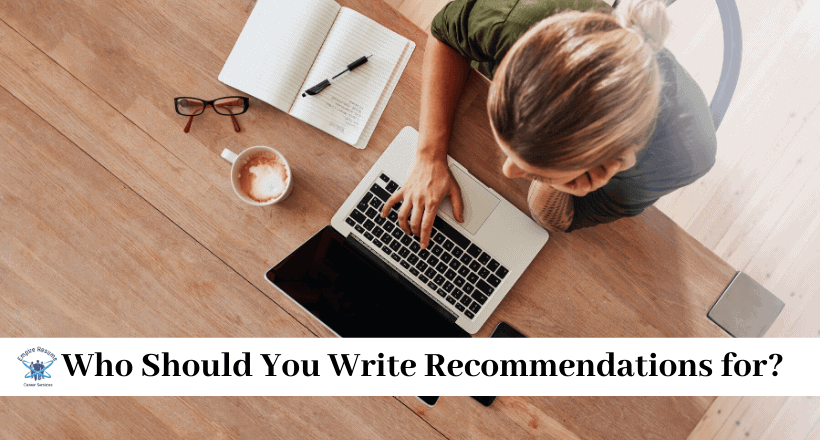 Your first instinct may be the more recommendations you give, the better. But that’s not necessarily true. It’s best to be strategic in providing them.

Being strategic about it is smart for several reasons. When you give a recommendation, it shows up on your LinkedIn profile as well as the person whom you recommend. Writing them boosts your visibility in search results, but you’ll also want to think about your professional brand.

Recommendations and endorsements on LinkedIn are like reviews companies receive on sites like Glassdoor or Yelp. When you write them, you’ll want to be associated with people who are influencers, and people who you trust and have a good connection with. If someone asks you for a recommendation, think twice before automatically writing one. Only do so if you believe in the quality of their work and have witnessed it.

Writing recommendations for former colleagues and bosses is usually a good move, as this generates good karma. Again, stick to writing them for people with whom you had special work relationships. More recommendations aren’t always better.

The way LinkedIn works, you can write a recommendation for someone without asking them first. Either way, the receiver can accept or decline what you wrote. Sometimes it’s good to write them without asking. You can also send the person a message before writing the recommendation, giving them a chance to ask you to focus on something specific.

Turning Down a Request

Let the person know when you wrote the recommendation. He or she may not receive a LinkedIn notification about it, so it’s good to give a heads up.

In the unusual case you want to withdraw a recommendation, LinkedIn makes it possible to do that. The person won’t receive a notification that it was removed – the recommendation will simply disappear.

One last thorny question: What if someone asks you for a recommendation, but you don’t believe in the quality of their work? We suggest that it’s best to politely decline writing one in that case.

Don’t give a recommendation because you feel guilty or give in to peer pressure. Remember that providing them associates you with that person on LinkedIn, thus affecting your professional brand. If that’s the case, do you want your brand to be tied to someone you believe isn’t a reliable worker?

How to Write a Great Recommendation

Writing a LinkedIn recommendation can seem daunting, but it may be easier than you think. Most people on LinkedIn follow a formula with them.

Here are the keys to writing a LinkedIn recommendation:

LinkedIn has a 3,000-character limit for recommendations, but you shouldn’t have any problem staying under that count. Recommendations don’t need to be super-long. Be concise, make your point, and don’t go overboard by gushing over the person or using flowery language.

Who Should You Ask for Recommendations?

Asking for a recommendation on LinkedIn doesn’t have to be awkward. The key is to keep recommendations in mind throughout your career and not just when you think you need them, like when you’re job hunting.

Keep your LinkedIn profile fresh and ask for recommendations while you’re gainfully employed. A good time to do this is around the time of your performance review.

Another good time to ask for a recommendation is when you’re leaving a company and still fresh in the person’s mind. When leaving an employer on good terms, many people usually offer to be used as a reference anyway, so take them up on it.

Remember, though: Being too active on LinkedIn while you’re gainfully employed may give your company the impression you’re looking for another job. It’s good to stay active on LinkedIn, but don’t overdo it to the point where it makes your current employer suspicious.

Timing is essential when getting recommendations because you also don’t want to receive several all at once. It looks better to recruiters when the recommendations are spread out over time, which shows you’ve consistently cared about your career.

Ask for recommendations from co-workers, people you managed, and even people outside of full-time jobs, like people you volunteered with or clients from freelance work you’ve done. The idea is to get a variety of people from different walks of your professional life, so recruiters get a well-rounded picture of you.

How to Ask for a Recommendation

One of the best ways to get a LinkedIn recommendation is to, well, give one. If you’re recommending the person, chances are they think highly of you, too, so it’s a win-win situation.

You can also ask someone directly for a recommendation. Be courteous and professional when you ask and allow them the opportunity to gracefully turn you down. Never be pushy or rude or feel entitled to a recommendation. The person isn’t obligated to give one.

When asking for one, be specific about what type of recommendation you’re asking for. For example, mention what role and previous experience you want them to discuss, like, “Can you give me a recommendation based on the work we did together at XYZ company?”

This should be obvious, but it’s still worth mentioning when making a request. Asking for a recommendation also lets you catch up with the person and let them know what you’re up to and the career steps you’re taking.

How Many Recommendations Are Ideal?

Is it possible to give and receive too many LinkedIn recommendations? This is debatable, but we believe in quality over quantity when it comes to recommendations.

Recruiters may wonder if you’re that great of a candidate or just soliciting praise from anyone if you have too many recommendations. Too many could also be information overload on your profile. Lastly, it’s more so about the quality of the recommendations and who they’re from.

Giving and receiving too many recommendations dilutes the quality of the references. It’s kind of like every kid getting a trophy in Little League – after a while, the trophy means nothing.

We recommend getting a recommendation from:

There’s no limit to the number of recommendations you can give or receive. But many LinkedIn experts agree that around 10 is a solid number to strive for. After that, let the recommendations come naturally.

Getting the Most Out of LinkedIn

As we have written before, LinkedIn is a powerful professional networking tool that can help you land a great job. Having a good stable of recommendations on your profile is essential to getting the most out of the site.

You don’t have to go overboard in soliciting recommendations. Make it a habit to collect them naturally throughout your career and during key moments, such as near performance reviews or when leaving a job.

LinkedIn is about networking and helping people, so think about recommendations the same way. You’re more likely to get good ones if you’re also generous and give recommendations.

Keep tabs on Empire Resume’s blog and access our blog library at this link to find dozens of articles on resumes, cover letters, job search help, and much more.

Nick Pipitone is a freelance writer living in the Philadelphia area that contributes regularly to Empire Resume. He has covered business and management topics extensively throughout his career, and he enjoys rooting for Philly sports teams and getting lost in used bookstores.

How Recruiters Use LinkedIn to Find and Screen Candidates