How to Write a Recommendation Letter 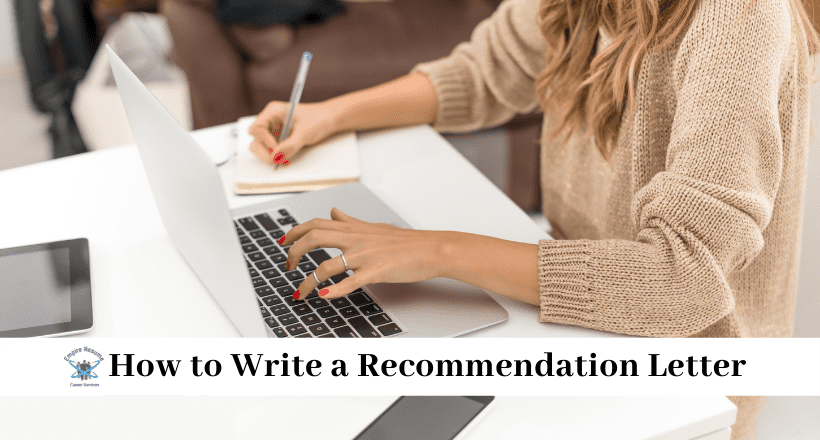 At some point in your life, you may be asked to write a letter of recommendation for a former co-worker or student. Recommendation letters are needed in several cases, including for some job seekers, people applying to undergraduate or graduate schools, or those applying for academic scholarships.

If someone asks you to write a letter of recommendation, it’s a great honor. The co-worker or student thinks highly of you and trusts you to put in a good word. Writing these letters is a serious matter, so take the utmost care to write the best one. A recommendation letter is a big deal, as it can make or break someone’s chances at a job or college acceptance.

Employers and colleges ask for recommendation letters in the same way they ask for references. They want to verify the job applicant or potential student has the work ethic, leadership skills, and aptitude they claim in their resumes and application materials. As the letter’s author, it’s your job to convey why the person is eminently qualified for the role.

Empire Resume will explain how to write a recommendation letter, including what you should and shouldn’t include.

Tips for Before You Write the Letter 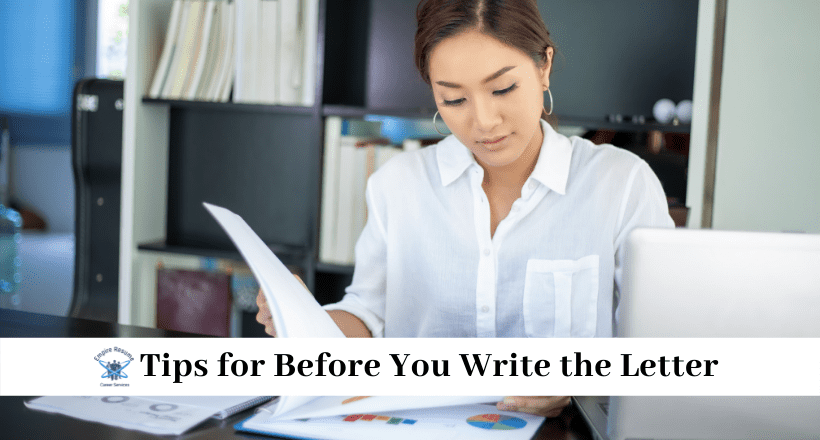 Gather all the needed information before writing the letter. You should know who the letter is for and what the person wants you to say. Knowing the audience and intent of the letter will make it much easier to write.

For example, if the letter is for a computer programming job, ask for a copy of the job description and the person’s resume. Then, talk to the person who requests the letter and ask them what they want you to convey the most.

Another examples may be that that the job requires a great deal of technical expertise. If that’s the case, focus in the letter on how the applicant has the superior technical knowledge and would be a good fit for the job. In this way, it’s very similar to writing a cover letter, except it’s for someone else.

If you feel like you can’t adequately convey the information, or maybe you’re not the best writer in the world, ask the person if they could write the letter for you. This is standard practice and usually works out well. The person can draft the letter and give it to you, and then you can sign off on it.

However, make sure the letter honestly reflects your genuine opinion of the person and their skills. Also ensure to keep a copy of the letter for your records.

What You Should Include in a Recommendation Letter 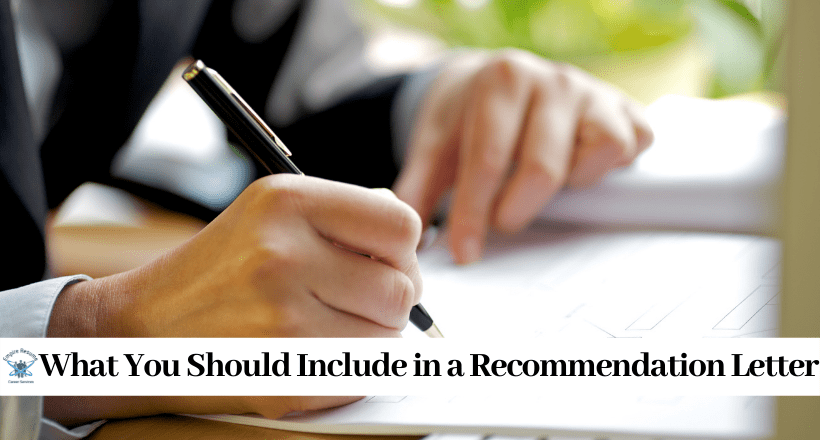 Like cover letters, recommendation letters have a formula people usually stick to. The beginning of the letter should explain how you know the person, including referencing your job title and the person’s job title for when you interacted. For example, if you were the person’s manager and they were your associate staffer, mention that, the company you worked for, and the time you worked together.

In the body of the letter, write about the person’s skills, knowledge, and area of expertise. This could vary depending on what job or college the person is applying to and what they want you to write. Either way, you will typically be talking about the person’s strengths, such as their leadership skills, dependability, consistency, motivation, persistence, and accomplishments.

After listing strengths, give specific examples that highlight these skills in action. For instance, if the person is highly motivated, talk about how they achieved something while working with you that shows off this characteristic. It’s better if you can quantify the person’s achievements to the company with specific numbers, percentages, or dollar figures. For example: “Bill was a highly motivated employee and, through persistence, he generated a 20% growth in sales in the last year he worked for me.”

In closing the letter, mention something along the lines that you would hire the person again or that the person would make an excellent addition to the company they’re applying to. In other words, give them your stamp of approval.

Then, provide your contact information at the end and mention how you’d be eager to talk more about the candidate if the company wants to reach out to you.

What You Shouldn’t Include in the Letter 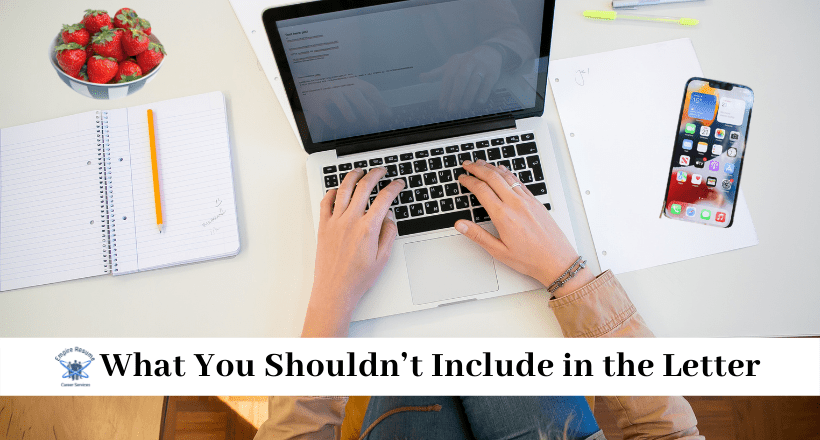 An example of generic language in a recommendation letter is: “Dave was a hard-working employee who often impressed his colleagues.” A declarative statement like that doesn’t tell the reader much. A better way to convey the same information is: “Dave worked very hard and was a leader in our department. In one notable team project, he helped the department save $10,000 through one of his innovative ideas.”

Another thing you’ll want to avoid is simply listing the person’s job duties when they worked for you. Simply saying the person wrote three blog posts a week at your company won’t impress anyone. Instead, provide a more colorful statement like, “Clarissa wrote several top-notch blog posts a week, including many that garnered some of our best web traffic. She always had insightful post ideas and they were always well-researched.” 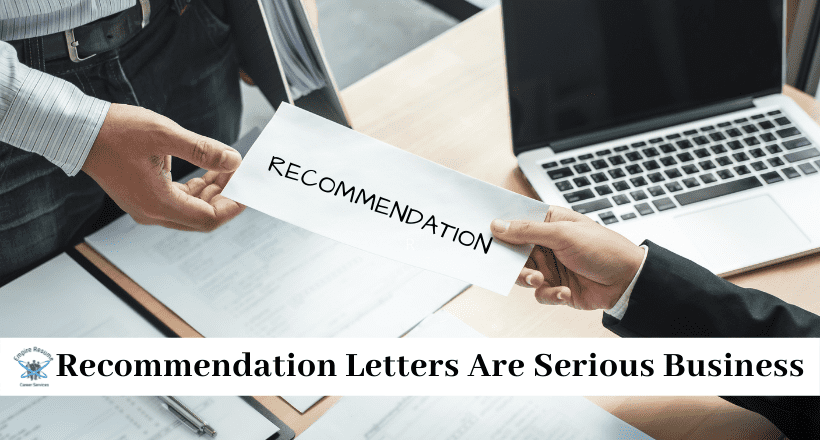 Writing a letter of recommendation is a vital task that shouldn’t be taken lightly. An honest recommendation letter provides the reader with a personalized testament to what a great student or worker the person is.

If you’re ask to write such a letter, carefully consider whether you’re the right person for the job. How closely did you work with the person? Can you confidently and enthusiastically vouch for them? Do you have specific examples of how well the person performed?

If you feel hesitant about any of these things, it may be best to decline to write the letter. Instead, politely let the person know so they have time to find an alternative. It’s better to be honest than make things up in a recommendation letter.

Writing a recommendation letter is an honor, as the person thinks highly enough of you for the task. So, take the request seriously and do your best because a good recommendation letter can significantly influence a person’s chances of landing a job, admission to a college, or an academic scholarship.

Stay tuned to Empire Resume’s blog for more helpful insights on careers and employment, including articles such as How to Become a C-Level Executive, Signs of a Layoff, and Why Work for a Nonprofit. 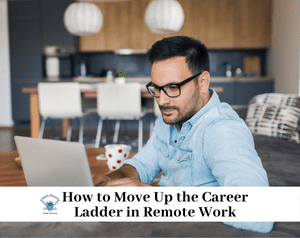 How to Move Up the Career Ladder in Remote Work 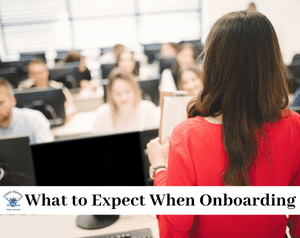 What to Expect When Onboarding

What Kind of Employee Does Your Social Media Say You Are?