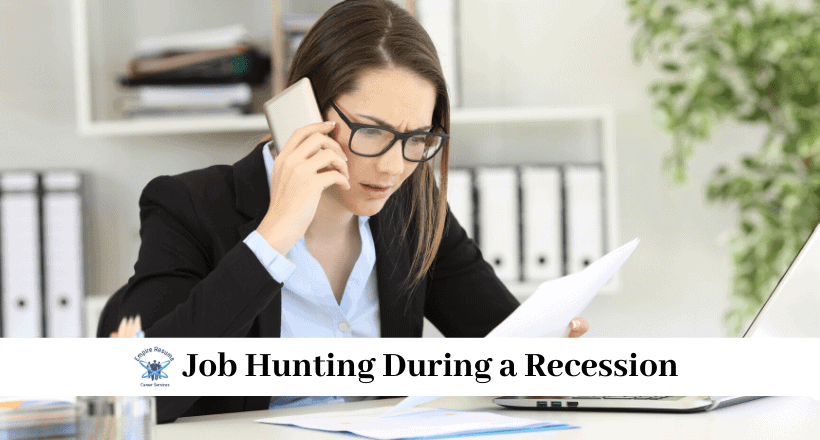 We are currently in the longest economic expansion since the 19th century, so why talk about a job hunting during a recession? According to the International Monetary Fund, synchronized recessions have occurred several times over the past 40 years.

There have been recessions in the mid-70s, early 80s, early 90s, and early 2000s. Since the U.S. has strong trade connections with many developed economies, most of the synchronized recessions occur in tandem with U.S. recessions.

Essentially, the U.S. can expect a recession, anywhere from mild to severe, approximately every 10-years.

This means that a recession can and should be anticipated in the near future since our last recession occurred in during the 2008 credit crisis.

Everything that is applicable for job hunting during normal economic times becomes more salient during recessions.

First, a generic resume with basic job descriptions listed isn’t going to cut it. Your must have a professionally written resume and include examples of how you thrive during challenging times and the value you can bring, especially quantitatively.

Clearly showcase how much money you’ve brought to your company. Highlight exactly how much you’ve decreased costs. Stress specifically how the system/process you developed and implemented increased efficiency.

Including your achievements is essential on any strong resume and it is absolutely imperative to include on your resume during times of high unemployment associated with recessions.

Networking is a strategy that should be in your quotidian bag of tricks; however, during challenging economic times it becomes essential. Short of personally knowing someone who can immediately help you gain employment, there are five types of networks to consider: 1) LinkedIn, 2) professional associations, 3) alumni networks, 4) personal/community networks, and 5) executive recruiters.

You need to connect with people that you’ve ever worked with and reach out to them to locate any potential opportunities. 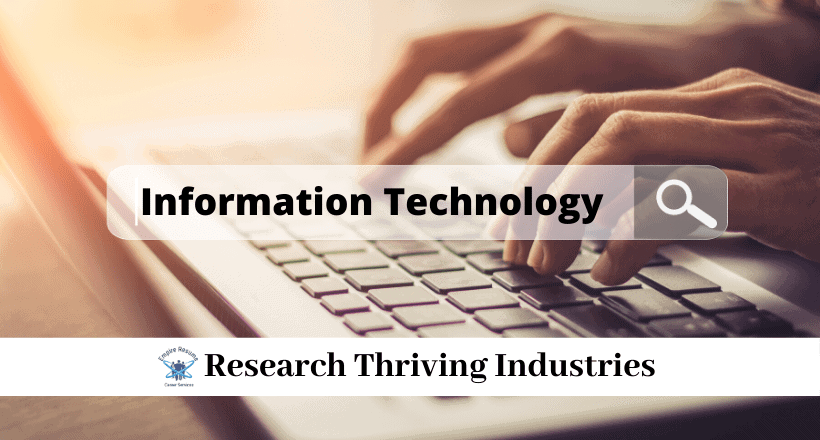 Although you may have been a financial analyst working on Wall Street during the 2008 credit crisis and were suddenly laid-off, the role of financial analysts is still needed by other organizations.

For example, regardless of the economic state of the union, people still get sick and need medical attention. Healthcare providers still need financial analysts just like any other industry. You can shift your Wall Street experience to Main Street and target heath care providers.

You can tailor your resume/cover letter to each position, ensuring that you’ve included the necessary keywords/skills along with clearly demonstrating how you’ve succeeded in the role.

Also, you can find the decision-maker responsible for making the hiring decisions and send them your resume directly.

No matter how you approach it, job searching during a recession is going to be much harder than during normal times. You may have to be flexible in the types of roles you take along with expecting probable reduced salaries.

Geographic flexibility is very important since you may be in a location where the economy (especially for your position) is in dire straits and you may need to relocate to support yourself and family. Temporary roles or part-time positions are worth considering since it will at least provide some financial sustenance.

A recession may be the impetus necessary for you to consider starting your own business where you can apply your financial expertise to helping other businesses and individuals who still have the means necessary.

Also, consider becoming a freelance or “gig” worker where you can help other companies with their needs.

Recessions are part of the world we live in and economic cycles will continue indefinitely. Today, the economy is thriving and unemployment is less than 4%. As we recently witnessed during the 2008 recession, the market fell nearly 40% and unemployment peaked at 10%.

Regardless of what economic policies have been instituted or what lessons we’ve learned, this will happen again. Anticipating and learning how to adapt is key to surviving and perhaps even thriving during these trying times.

Creative Ways to Use Social Media to Find a Job