LGBTQ in the Military 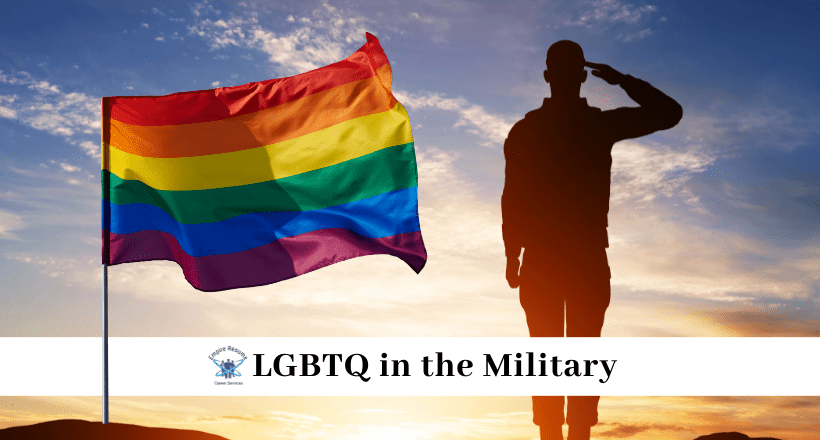 Do you remember the 1994 policy commonly known as “Don’t Ask, Don’t Tell,” or DADT, that prevented people who openly identified as lesbian, gay, and bisexual from joining and being a part of the United States military? In September 2011, that law was repealed and in 2021 the ban on transgender people serving in the military was lifted.

The integration and acceptance of the LGBTQ community paves the way for a more diverse and inclusive military culture and provides a true representation of society today.

Today, Empire Resume will explore how this demographic is fairing since laws have been made in their favor, given that in the U.S. Armed Forces’ 246-year history, its policy to accept LGBTQ service members is relatively new.

According to a study discussed in an article by the Military Times, being open about the LGBTQ identity comes with a laundry list of reservations. Check out these alarming statistics:

Despite the hesitations, 41 percent of LGBT servicemembers feel it’s important to be open for their own sake and for helping others feel more comfortable. 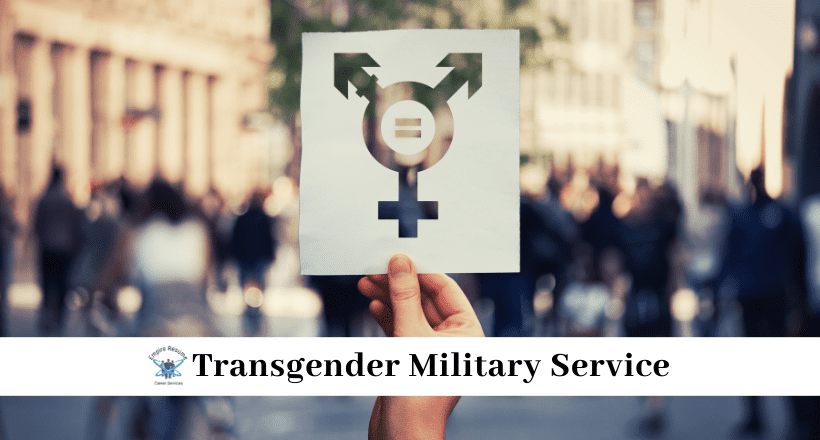 With the changes that have taken place in the military, members of the U.S. Armed Forces are able to transition or change gender while serving.

There’s an entire DoD instruction dedicated to in-serving transitioning for transgender service members and every branch of the military is in support of the instruction. This basically means that every qualified American is guaranteed the equal opportunity to serve their country.

“DoD and the Military Departments will institute policies to provide Service members a process by which they may transition gender while serving.

These policies are based on the conclusion that open service by transgender persons who are subject to the same high standards and procedures as other Service members with regard to medical fitness for duty, physical fitness, uniform and grooming standards, deployability, and retention is consistent with military service and readiness.

All Service members must be treated with dignity and respect. No person, solely on the basis of his or her gender identity, will be:

Below is each policy on transgender service from each branch of the military for quick reference:

It is important to note that these policies also apply to the seven reserve components of the military, the ROTC programs, and the military academies.

The LGBTQ effect on VA benefits 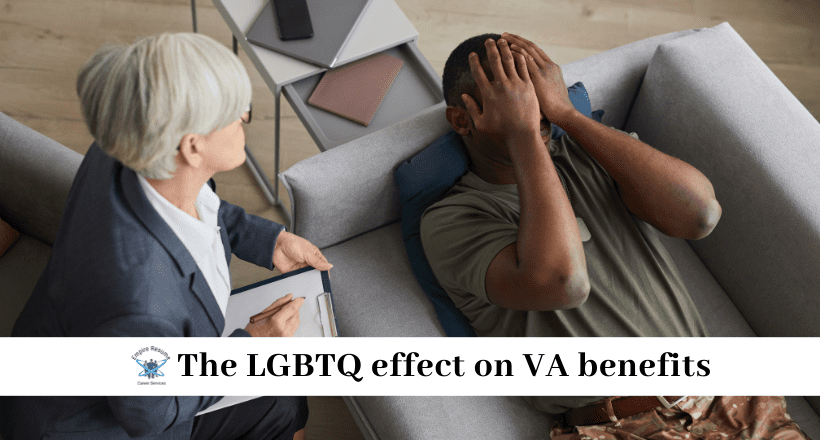 When one serves in the military and is honorably discharged, one is supposed to receive benefits from the VA, right? For a long time, that wasn’t the case for veterans of a certain sexual orientation.

Over the last 70 years, an estimated 100,000 military veterans walked away or were kicked out of the military for their sexual preferences. Unfortunately, under don’t ask, don’t tell, many of those veterans lost out on the opportunity for full VA benefits.

Sexual orientation is no longer grounds for dismissal from the military, and the DoD, along with the federal government, recognizes same-sex spouses for the purpose of federal benefits.

And just 10 years after the DADT law was repealed, LGBTQ veterans discharged under the don’t ask don’t tell policy have gained new access to VA benefits.

The VA continues to work to meet the needs of LGBTQ+ veterans and recognizes the trauma brought by the military’s decades-long policies of discrimination against the LGBTQ community will take time to recover from.

Check out how the VA is working to remedy this situation at its blog, the Vantage Point, for a discussion regarding the tenth anniversary of the repeal of don’t ask, don’t tell.

LGBTQ Veterans in the Civilian Workplace 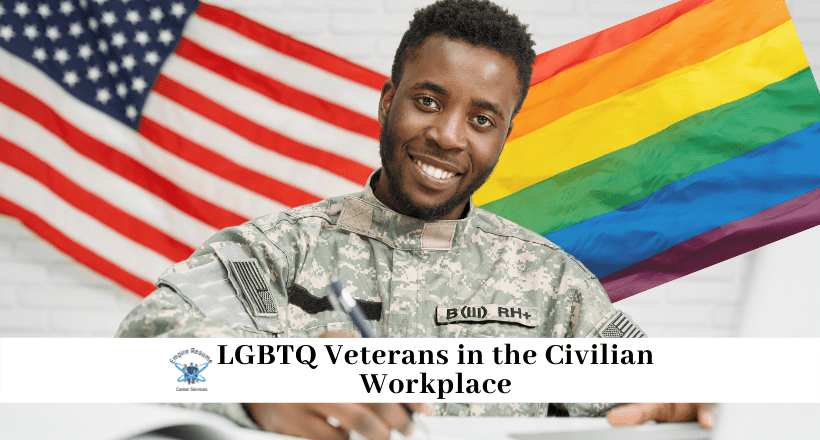 On June 15, 2020, the U.S. Supreme Court decided that employment protections afforded to U.S. citizens under the Civil Rights Act of 1964 must also extend to gay and transgender people.

While veterans who identify as lesbian, gay, bisexual, transgender, queer and others had reservations about being open in the military, being open in the civilian workplace has its benefits, including the following:

Check out more of Empire Resume’s article on LGBTQ in the workplace for more information. 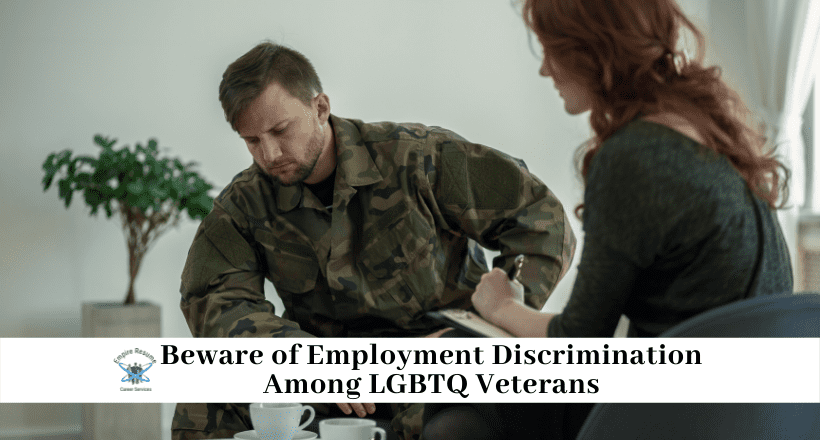 Although there are several benefits of sharing your sexual orientation loud and proud, we can’t promise that being a member of the LGBTQ community as a veteran will be a walk in the park once you get out of the military.

In fact, according to a recent NBC article, nearly 1 in 10 LGBTQ people in the United States faced employment discrimination.

The way to prevent or avoid workplace discrimination as a LGBTQ+ is to stay on top of the latest legislation, locate supportive resources and invest in personal development.

For more military resources, save Empire Resume’s military-to-civilian blog as a bookmark. We’re always here to give you the insight that’ll help you navigate your career in and out of the military and deliver results, guaranteed! 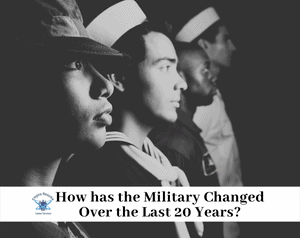 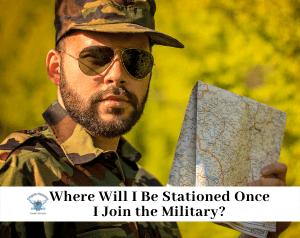 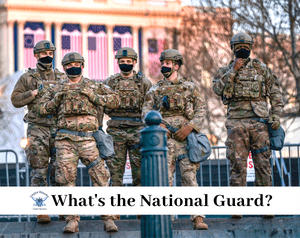