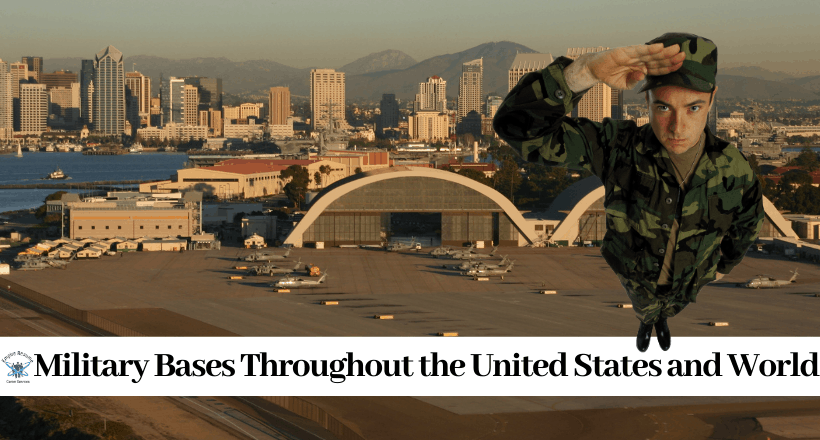 The United States has the largest, greatest, and strongest military force in the world. Although military bases operate on American soil, the U.S. Armed Forces has a global presence on every continent in the world, except Antarctica.

Today, the resume writing professionals at Empire Resume will help you explore:

Military Bases by the Numbers

According to the Base Structure Report, the DoD, headquartered at the Pentagon, manages a global real property portfolio that spans 45 foreign countries.

While each service branch has its own bases, you will see some joint military bases.

For example, Joint Base Lewis-McChord in Washington state is home to the Army’s Fort Lewis and McChord Air Force Base.

What about military and reserve units? We’re glad you asked.

Every state across the U.S., the territories of Guam, the Virgin Islands, Puerto Rico, and the District of Columbia has a national guard unit, for a total of 54.

On the other hand, you’ll find thousands of military reserve units just traveling in and around different cities in the country. 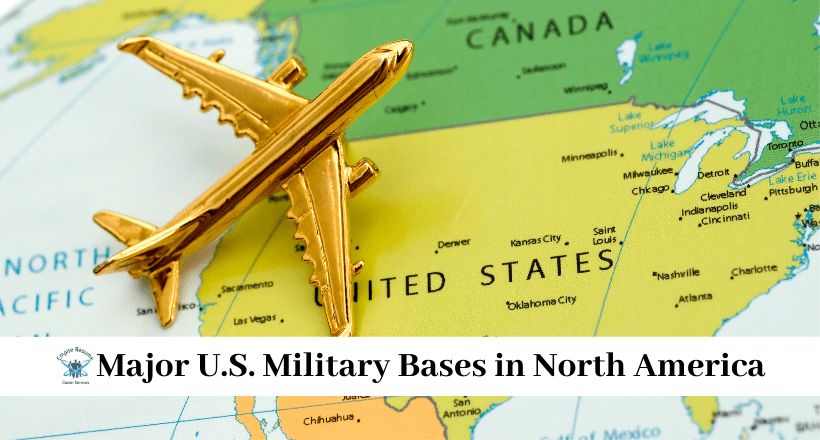 Let’s explore some of the major military bases in detail:

Alabama is home to military bases for the Army and Air Force including:

Fort Rucker is known as the Center of Army Aviation. Some new Army recruits can expect to attend Advanced Individual Training (AIT) at Fort Rucker after first joining the military.

Maxwell-Gunter Air Force Base is home to Air University where Officer Training School is held and the 908th Airlift Wing.

You will not see any Navy or Marine bases in Alabama. 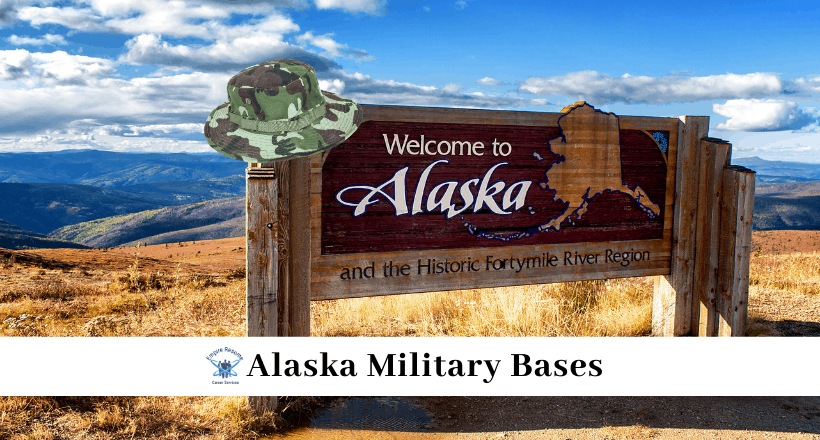 Major military bases in Alaska include:

The Army and Air Force make up more than 75% of the manpower in Alaska. Servicemen and women come here to learn how to operate in winter climates on the ground and in the air.

The Coast Guard and Navy also has a large presence with missions along the coastline. Additionally, the Navy SEALS train here for winter warfare.

California has a total of 32 military installations. This is more than any other state. Some of California’s major military bases include:

Camp Pendleton is home to more than 40,000 Marines and Sailors.

Edwards AFB is the second largest Air Force Base. It is home of the 412th Test Wing, where they test and develop new technology and equipment.

Nestled in the Mojave Desert, the Army’s ground and aviation soldiers train at the National Training Center located at Fort Irwin. 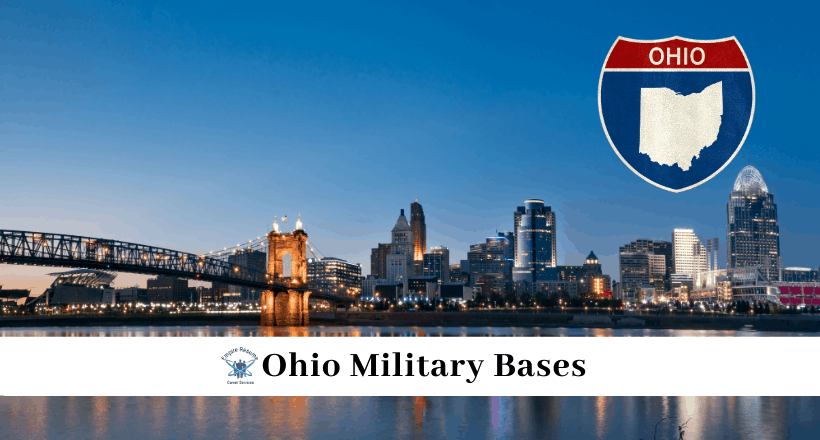 Ohio is home to one of the Air Force’s most important installations – Wright-Patterson Air Force Base.

For more information, be sure to check out the article, major U.S. military bases and installations.

According to MSN News, the largest military bases in terms of size include:

Holloman Air Force Base is roughly an hour away, with White Sands National Monument nearby.

And if you’re a trivia buff, the movie, “Transformers: Revenge of the Fallen” was filmed at White Sands.

The Nevada Test and Training Range covers just more than 3 million acres and is operated by Nellis Air Force Base. The site is the biggest air and ground space facility. 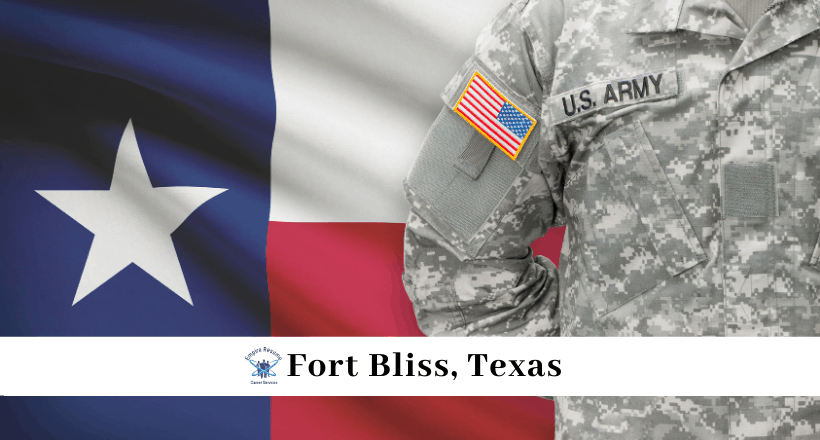 Fort Bliss is an Army post located in El Paso, Texas. The 1.3-million-acre site is known for its Ranger training. Fort Bliss is home to the Combat Aviation Brigade, 1st Armored Division where you’re bound to see Black Hawk and Chinook helicopters.

Yuma Proving Ground, a multi-purpose test facility, is located near the Arizona-California border. The site is operated by the Army on just over a million acres of land.

Fort Wainwright, an Army post, is home to the “Arctic Warrior”, covering 697,475 acres of land. Historically, Fort Wainwright was established as an Army Air Corps base in 1939 to test aircraft in arctic conditions.

Military Bases Around the World

Military bases around the world will be smaller than those in the U.S. But it doesn’t mean they are less important. Let’s talk about some of the foreign bases where members of each military branch work:

Ramstein Air Force Base contains the largest American community outside of the United States.

The 86th Airlift Wing, the host wing, has 7 groups and 30 squadrons across four bases in Germany, Spain, Belgium, and Portugal. This unit conducts the U.S. Air Forces in Europe’s only airlift, airdrop, and aeromedical evacuation flying operations. 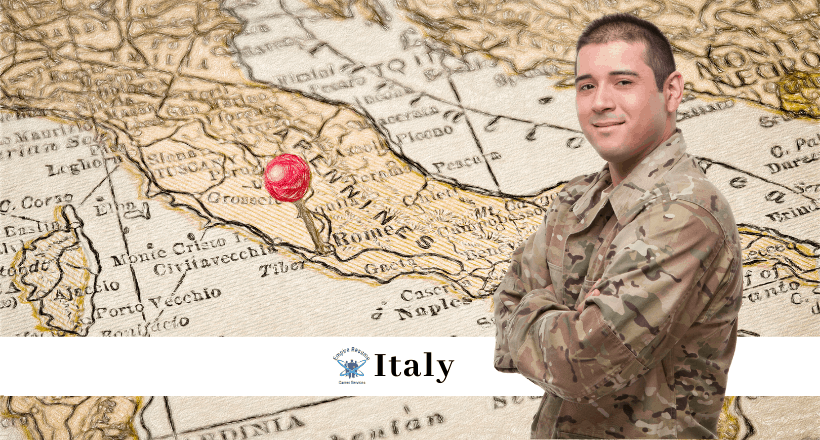 Camp Darby is an Army base containing Army, Air Force, DoD civilians, contractors, retirees, and their families. It is a small remote installation located just a 10-minute drive from the Leaning Tower of Pisa.

Naval Air Facility Atsugi is a U.S. Navy base in Japan. The base is co-operated by the USA under the Japanese regulations. It is the only Naval installation supporting an entire air wing, known as Carrier Air Wing, with over 10,000 personnel.

Marine Corps Air Station Iwakuni is a Marine Corps base in Japan. Marines here provide support for combat or contingency operations throughout the Indo-Asia Pacific region.

The Naval Support Activity (NSA) Bahrain military base is owned by the Navy, but the Coast Guard trains and deploys its forces out of this base. NSA Bahrain is home to 7,200 military personnel, DoD civilians, and joint forces.

Although other countries have their own military forces, you will not find foreign military bases within the United States. We live in the most powerful country in the world! We have the means and capability to support and protect our own country. 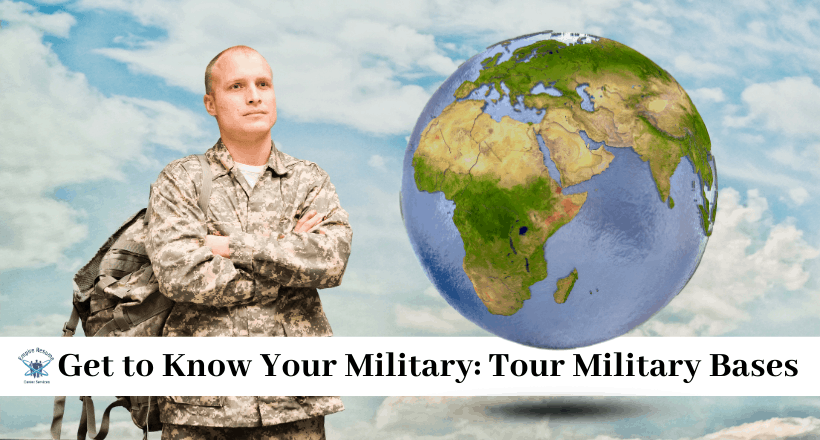 You may live next to a military base and not have had a chance to explore. The DoD invites you to visit and get to know your military.

Touring a military base is easier than you think. Military installations sometimes have events that are open to the public, but outside base visits require some planning.

Below are some steps to help you tour the military base near you:

Make a phone call to the visitors’ center to see what is required to get on base. This is the time to ask any questions you may have about your visit. Many times, you’ll be directed to drive up to a special point of entry reserved for visitors.

Don’t forget to bring a valid ID. Additionally, your vehicle registration and proof of insurance will be necessary to give you a visitor pass for the day.

Your vehicle will be inspected once you get on base. If you’re unsure about anything you have in your vehicle, make sure to let the authorities know ahead of time to ensure a smooth entry.

Once you’ve passed the inspection and the gate guards, you’re ready to take a tour of the base, or visit the museums on base.

If you enjoyed learning about the military bases at home and abroad, you may also enjoy theses military inspired articles:

Empire Resume is a professional resume company and career services center with a focus on the military community.

We’re a team of certified professional resume writers who have assisted thousands of military veterans to get the job they deserve. Contact us to get started on your new career today. 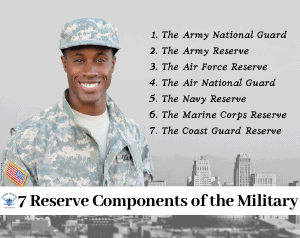 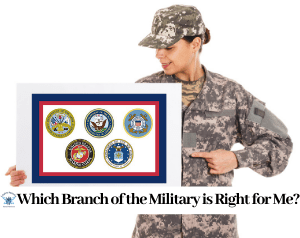