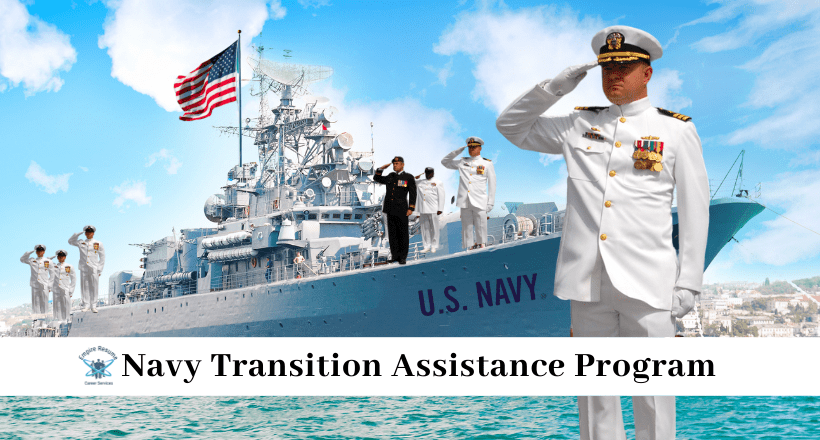 “People join the Navy to see the world,” is a standout statement made by a Navy lieutenant in an interview with the Navy Times. Unfortunately, many Sailors never truly get to fulfill their dreams of traveling the world.

The Navy struggles to retain Sailors for several reasons, specifically surface warfare officers, so they end up trading their Navy camo for a life outside of the military. And women are leaving at an alarming rate, too. However, before they leave for good, they must complete the Navy’s Transition Assistance Program (TAP) within 12 to 24 months of separation.

Empire Resume is a career services company dedicated to serving the military community. In our latest article, we’re sharing the following information about the Navy Transition Assistance Program:

What is the Navy Transition Readiness Program? 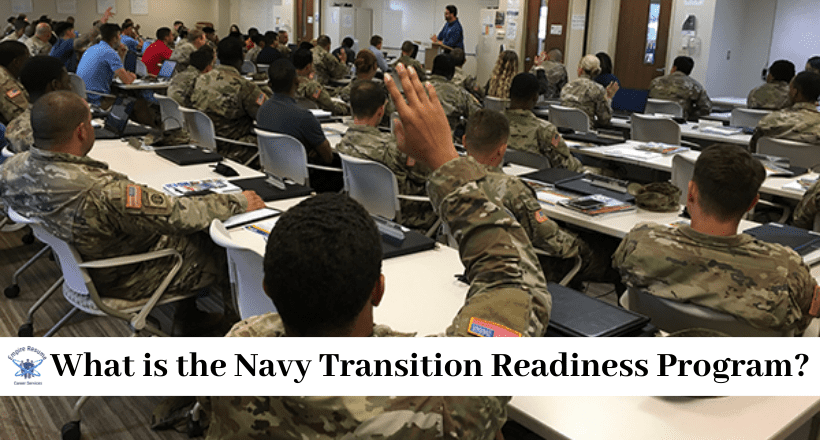 Adopted from the DoD TAP, the Navy Transition Readiness Program (TAP) provides separating or retiring service members and their families with the skills, tools, and self-confidence necessary to successfully re-enter into the civilian workforce, pursue higher education, or technical training.

TAP is governed by DoDI 13332.35, Transition Assistance Program for Military Personnel. The goal of the Navy TAP is to provide professional career development resources throughout the military career life cycle (MLC). Military spouses are highly encouraged to attend TAP with their transitioning Service member.

TAP is a great program for transitioning service members. It teaches them to use their Navy values and translate their skills for the civilian workforce. However, the Navy TAP misses the mark on the realities Veteran face once they are out of the military.

For instance, enlisted Navy Veterans left transition advice on militarytransition.org. Below is a standout tip:

“Attending TAP class should be something you do a minimum of 2 times because it is impossible to get all the information in 1 sitting. Start writing resumes, practicing interviews, reading books on the subject of job hunting (Guerrilla Warfare for Job Hunters, What Color is Your Parachute, etc.); 3. Don’t be afraid to ask for help. There are dozens and dozens of places to ask for assistance from Veterans & Industry Leaders who are willing to help (Linkedin, ACP, etc.).”

TAP is filled with overwhelming information, and in the end, some Sailors walk away confused, not knowing how to move forward. Surprisingly, resume writing is a struggle that all military members face. For most, getting through the TAP is just a way to mark the box.

As a result, Soldiers make countless mistakes during the job hunt because of the misleading resume tips consistently presented at TAPs such as the following:

At TAPs, Sailors learn to stuff keywords, create multiple resumes for each role, and create lengthy resumes. These shortcomings create constant confusion, lack of confidence, and leave transitioning service members unsure of how to present themselves in the civilian world and make themselves marketable employment candidates.

How can a Sailor be competitive in the job market with these incorrect tips presented at TAPS? They can’t. They spend countless hours trying to learn what they should have learned during TAP.

At Empire Resume, we believe resumes are a direct representation of the service member. Your military to civilian resume should not be copied and pasted or created based on a template that everyone else has.

The resume needs to be written in such a way that beats the applicant tracking system, otherwise, it will be rejected. There is a huge possibility that a manager will never have the opportunity to review a transitioning Sailor’s military-to-civilian resume as 75% of resumes are never read by a human.

Why? Allow me to explain.

The Applicant Tracking System (ATS) is a resume scanning software that sends, what it believes to be, the most qualified candidates to a recruiter. Think of the ATS as the middleman. The software serves as a gatekeeper to hiring managers. Before a hiring authority even lays eyes on a resume, it must pass the ATS test first.

Take advice from the Navy Veteran above, “Don’t be afraid to ask for help.”

For more information about resume writing, see the following articles by Empire Resume, specifically for the military community:

As an Air Force Veteran and career services professional, I’ve seen many resumes from military members transitioning into the civilian working world.

I am always amazed at the number of low-quality resumes that come across my desk from Sailors and other fellow service members who just completed Transition Assistance Programs.

We’ve helped thousands of Veterans achieve career success and we know we can do the same for you. Here’s how Empire Resume helps Sailor’s combat TRP’s mishaps:

Stop by and let us honor you with a $25 military discount. We’ll even perform a free resume review to see if your TAP-generated resume is civilian-ready and will help you position yourself as a viable candidate in today’s workforce using the latest and greatest developments in the career industry.

The Empire Resume team works to expertly transform the military experience, skills, and achievements of Sailors into a compelling military to civilian resume that generates results. We guarantee it.