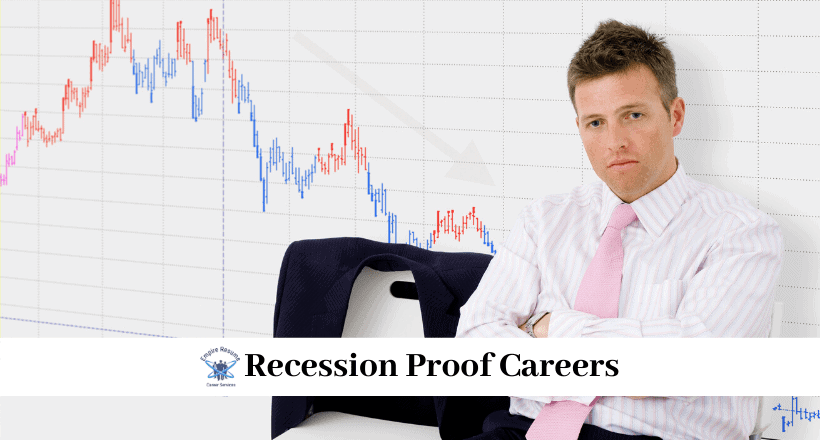 If the economy takes a nosedive, will your job be safe? There may be no such thing as a 100% recession-proof career, but there are many careers that are better able to withstand a harsh economic downturn.

Recession-proof careers are ones that society depends on, such as careers in health care, education, and law enforcement.  Government jobs also tend not to be as affected by recessions, as well as accounting jobs, utility workers, and jobs that are protected by unions.

Securing a recession-proof career is especially important now. Many economic experts agree the COVID-19 pandemic has triggered a deep recession in the U.S., and the statistics back their claims. The U.S. economy shrank by 4.8% during the first three months of 2020, and about 26 million Americans have filed for unemployment benefits. These are the worst economic indicators since at least 2008 and 2009, which was the last recession the global economy faced.

Empire Resume will delve into several careers that are known as recession-proof, as well as other professions that are especially vulnerable to economic swings.

Education jobs are essential to society, no matter what the economic climate is like. There’s also a wide variety of education careers you could pursue, including elementary, secondary, and higher education. There are currently 3.6 million elementary and secondary school teachers in America, according to the National Center for Education Statistics.

Public school teachers are usually members of labor unions, which means its often difficult to eliminate their jobs. As for higher education, colleges and graduate schools generally see higher enrollment during recessions because young adults tend to flock to higher education when there are fewer jobs available.

Education jobs are changing and becoming more flexible, too. There’s a definite trend toward more online and on-demand learning, rather than just traditional in-classroom teaching.

Many schools and universities closed because of COVID-19 and many will remain closed. Still, most of the teachers employed at those schools continue to be paid. 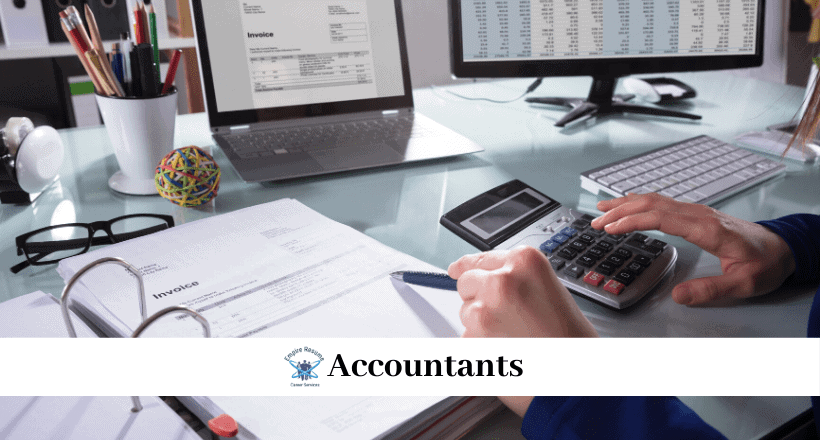 They say the only two absolute certainties in life are death and taxes. That’s one reason why an accounting career is one of the most stable and secure you could land. Everyone needs to file taxes, whether it’s a bear or bull market.

Some people today use software like TurboTax to file their taxes. But going it alone means you could make mistakes that are often more expensive than simply hiring an accountant in the first place, which is one reason accountants are so indispensable.

During a recession, accountants are especially relevant. They help people invest and spend their money wisely, which is essential during times of financial stress. There are about 1.4 million accountants currently working in the U.S., and the career is expected to grow by six percent in the next 10 years, according to the Bureau of Labor Statistics (BLS).

Law enforcement jobs are vital to maintaining the safety and wellbeing of society and, during recessions, they may become even more important. Some research indicates that crime increases during economic slumps because many unemployed people may resort to crime.

So, laying off police officers when crime is on the rise makes no sense and it’s very unlikely to happen anywhere in the U.S.

Law enforcement officers include beat cops, detectives, federal agents, and more. Most of these jobs are government positions, and many of these workers belong to unions, which make the careers even more stable and secure.

Like police officers, jobs in the prison industry are also usually safe during recessions. Corrections officers, probation officers, and other prison-related professionals continue to operate as normal during times of economic distress. 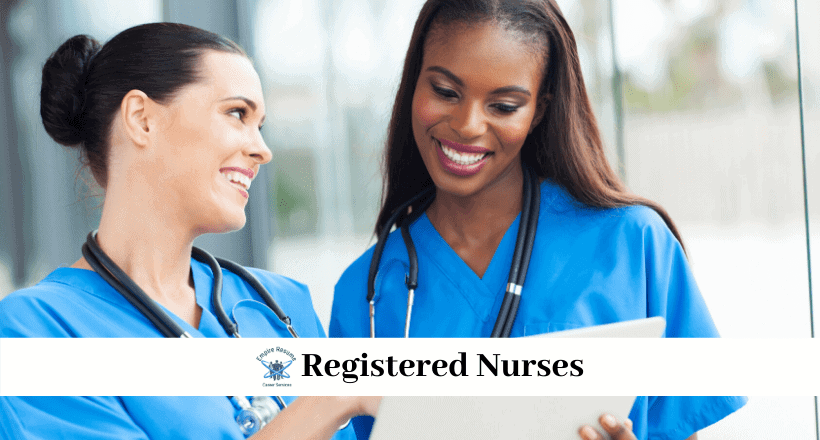 It’s almost common knowledge that nursing jobs are quickly on the rise. There are currently three million registered nurses working in America, and the profession is expected to grow by 12% before 2028, according to the BLS. A recession likely won’t put a dent in those figures.

The need for health care doesn’t fluctuate based on the economy. Also, because of America’s aging population, the need for nurses will continue to grow despite what’s happening with the economy.

This current U.S. recession is a bit different because it’s been caused by the pandemic and has placed healthcare workers on the frontlines. Though the job has become more dangerous, the need for nurses has never been greater.

Remember what we said about death and taxes? Then it should be obvious that funeral workers are typically safe and secure during recessions.

Jobs in the funeral industry are always in demand – no matter the state of the economy. People may spend less on funeral services when money is tight, but they won’t forgo burials or viewings.

There are currently 53,000 funeral directors working in the U.S., and the career is expected to see four percent job growth in the next ten years, the BLS says.

Medications have become a staple of modern life, so a job as a pharmacist is secure. During a recession, people will still need to take life-saving drugs, and they’ll often prioritize buying them over other expenses. Also, many medications are paid for in part by insurance companies.

Unlike some of the careers we listed above, pharmacists are very well paid. According to Indeed, pharmacists earn an average annual salary of nearly $120,000. Job growth in this field is expected to remain the same over the next 10 years – and probably won’t be affected by a recession. 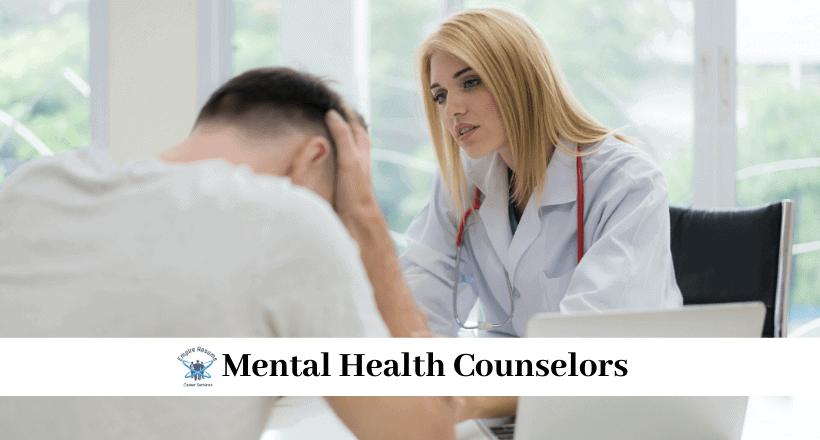 Paying for mental health services has become increasingly common in the U.S., and these services are now in high demand. A career in mental health or substance abuse counseling is also secure during a recession because downturns cause a greater need for the services.

Numerous studies show that people’s stress levels significantly increase during recessions, causing more marital and relationship, mental health, and substance abuse problems. So, while money might be tight, many people will be reluctant to skip therapy sessions if they genuinely care about their wellbeing.

Also, many insurance companies cover part of the cost of psychological care, which encourages people to continue going to therapy during economic slumps.

Indeed reports that the average psychologist in the U.S. earns nearly $94,000 in annual wages. The BLS says psychologist jobs are expected to grow by 14% by 2028, which is much faster than the national average.

Worst Careers During a Recession

We’ve described some careers that are highly durable and can probably withstand tough economic conditions. On the flip side, some professions and industries are very dependent on the economy’s boom-and-bust cycles.

The construction industry is a well-known example of one that’s profoundly affected by recessions. When money gets tight, many construction projects get put on hold, including big commercial projects and even smaller home remodeling projects for residential contractors.

Careers connected to the tourism industry are also negatively affected during recessions. Not everyone will cancel vacations during tough economic times, but many people will cut vacation budgets or opt for “staycations.”

Lastly, auto dealerships and other motor vehicle sellers are known to suffer during economic recessions. When consumers don’t have enough money or access to credit, they’ll typically spend more to repair their car then buy a new one. During a recession, most consumers will also forgo making a big purchase on other types of vehicles, like RVs and boats. 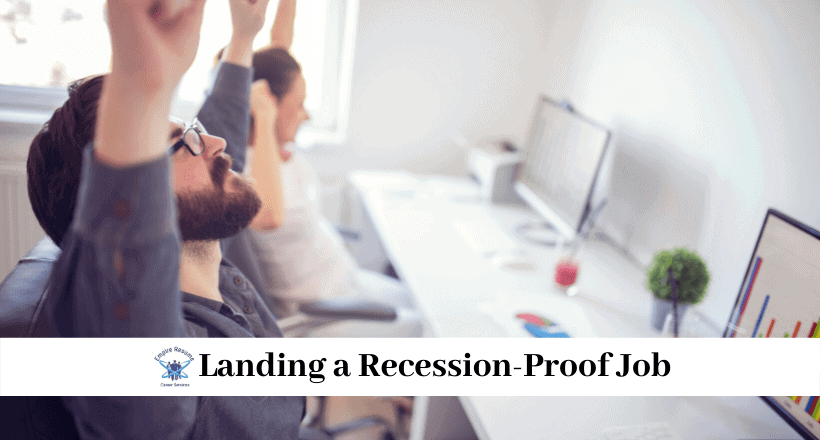 As the U.S. slides into a recession, some experts say the economy should rebound once the pandemic is over and businesses nationwide are re-opened. Some U.S. states are already re-opening parts of their economies, so it remains to be seen how long and how deep the current recession lasts.

One of the best ways to shield yourself from the furloughs, layoffs, and pay cuts that come from recessions is to find a career that’s secure even during tough times. As we discussed, careers in law enforcement, health care, mental health, and education are just a few of the fields known not to be as adversely affected by economic fluctuations.

If you take a close look at the careers we listed, you’ll notice some trends. Most all the recession-proof careers are ones that provide essential services society and consumers can’t do without. Even during the pandemic, for example, law enforcement officers and pharmacists are in demand. One can’t say the same thing about a general construction contractor or a car salesman.

If you’re looking to land a recession-proof career, updating your resume and LinkedIn profile will be essential. Contact Empire Resume today for a free resume review and help on your career journey. Call us at 801-690-4085 or email us at info@empireresume.com.

Keep tabs on Empire Resume’s blog to read about everything you need to know to land your next job – from writing a solid resume to acing your next interview. 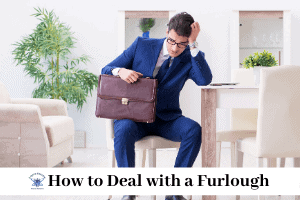 How to Deal with a Furlough 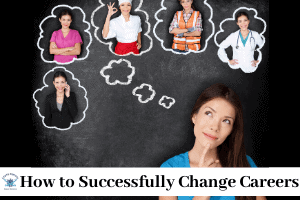 How to Successfully Change Careers 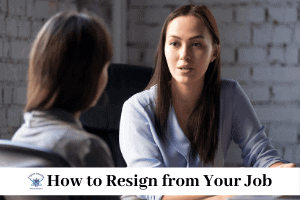 How to Resign from Your Job