Salary History Bans: What You Need to Know 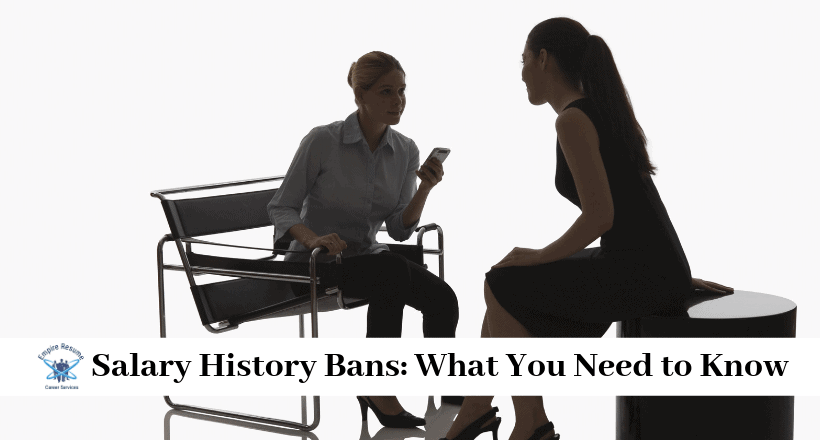 Up until a few years ago, it was standard practice for a potential employer to ask during an interview, “How much do you currently earn?”

Since 2016, several states and cities have passed laws banning employers from asking job candidates about their salary and compensation histories. The laws seek to address pay inequality between men and women and gender discrimination, a stubborn workplace reality that has drawn more attention in recent years.

What is a Salary History Ban? 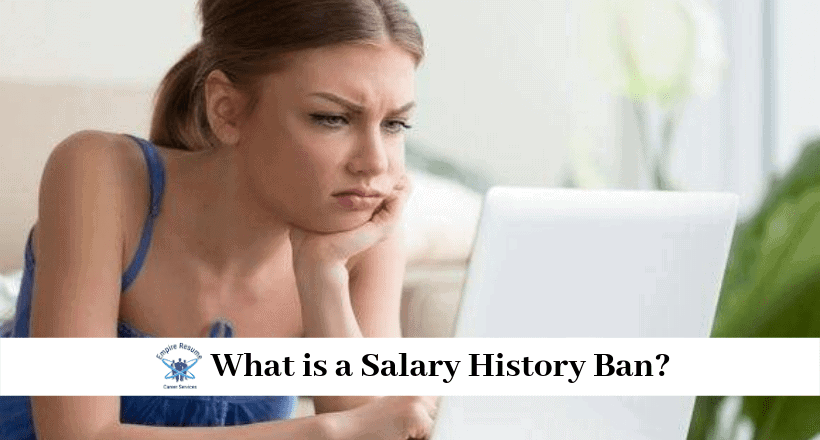 Salary history bans vary from state to state. In general, the state laws prohibit employers from asking job applicants about their previous or current wages, benefits, and compensation. The laws also stop employers from gaining that information through other means, such as an applicant’s former employer.

Employers in states or cities with these bans can still ask applicants about their salary requirements or expectations, though.

Also, if an applicant voluntarily discloses their current or past salaries, some states allow the employer to use that information to set wages.

What is the Purpose of the Bans?

As we noted before, salary history bans are designed to prevent further gender pay inequality and gender discrimination. It has been illegal for a long time to pay men and women different compensation for the same type of work, but a discrepancy still exists.

Women earned 85 cents to every man’s dollar in 2018, according to a Pew Research report. Pay inequality is even worse for female minorities.

Job candidates who’ve been the victims of age and gender discrimination usually feel the effect on their wages for years to come. Using current salary to determine future wages assumes the person is being paid fairly in the first place.

However, since many females and minorities are historically underpaid, using current or previous salaries to set wages at a new job simply perpetuates the cycle of discrimination and pay inequality.

Banning companies from asking about salary histories forces employers to set wages on other legitimate factors, such as skills, experience, and credentials.

Which States have Salary History Bans?

The proliferation of these state laws is mostly due to the increased attention on gender discrimination and pay inequality. But the spread of these laws is also due in part to the lack of a federal law that addresses the issue.

Lawmakers in the U.S. House of Representatives passed a measure in March 2019 regarding salary history bans. But most experts don’t think the bill will survive in the Republican-controlled Senate.

What Should Employers Know?

Employers used to rely on asking about salary histories to set wages, so the new laws will require them to tweak their hiring processes.

If your city or state is subject to one of these laws, the experts at Empire Resume advise you to remove any information about salary history or benefits from print and online applications. The harder adjustments will be training managers on the new laws.

Hiring managers and any employees involved in the recruitment process will no longer be able to ask about previous wages, benefits, or commissions. Outside recruiters working for the company must follow suit.

Your best bet is to establish more generic questions and ask candidates about their earnings expectations and their salary ranges.

Empire Resume experts also advise setting up salary ranges for standard job descriptions. Going into salary negotiations without a range in mind is a mistake that can easily lead to gender discrimination and breaching a salary history ban state law.

With a set salary range, it will be much easier to show you’re paying candidates equally and that any difference in pay is due to non-discriminatory reasons, such as experience, skills, or credentials.

The bottom line is salary ban state laws are gaining momentum across the country. So even if your city or state doesn’t have a law now, it may only be a matter of time before they do.

What Should Job Applicants Know?

The first thing a job applicant should do is check if their city or state has a salary history ban, or if they’re in the process of establishing one.

Laws vary, but in general, the state laws will prohibit employers from asking you about current or past salaries, benefits, or other compensation. This means they can’t ask on job applications, other written materials, or during interviews.

If you’re in a city or state that bans salary history questions, you have the right to refuse to answer any such questions.

Remember that if you voluntarily disclose the information, an employer in most cases will be able to use it in setting your pay.

Even if your city or state has a salary history ban, it is fair game for employers to ask what your salary expectations are. Employers use the information to weed out candidates in the hiring process.

A good way to approach negotiations about salary is to ask what the salary range is for the position. Doing so gives you the chance to make your case for higher wages, or to explain why you’d be willing to take a lower-paying job.

Diversity and Inclusion in the Workplace