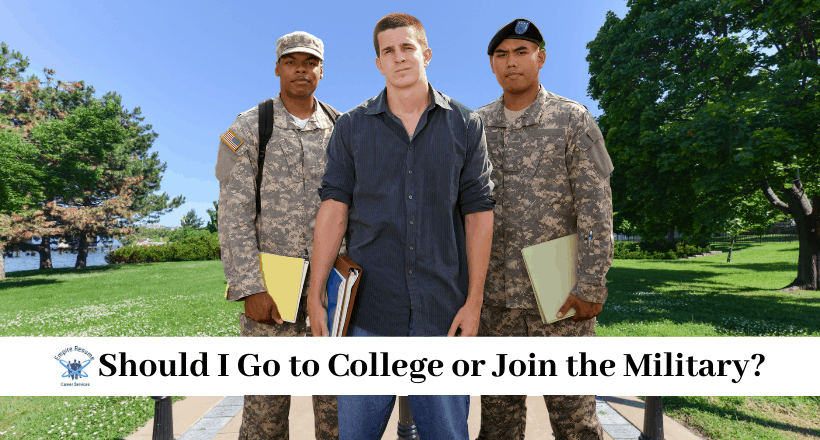 Should I go to college or should I go into the military is a constant question on the minds of many. No matter the route chosen in life, the decision is highly dependent on several factors — an individual’s financial situation, the kind of career the person would like to pursue, and their long-term goals.

While attending college is a popular option, people often overlook the opportunity of serving their country in the military. Joining the uniformed services may be a better fit for some. Although both paths have their pros and cons, at the end of the day, it is a matter of personal choice.

When we think of the college experience, some of us may think about the benefits we see on TV and the movies — the parties, the organizations like fraternities and sororities, being associated with a college or university (O-H-I-O, in my case), and having life-long friendships.

But we can’t forget the reality of the ups and downs of the economy.

Just in February 2019, the U.S. Census Bureau reported 13.1 percent of U.S. adults have a master’s, professional degree, or doctorate. Unfortunately, many highly educated people are unemployed today due to struggling economy.

And let’s face it, the COVID-19 pandemic does not help, despite Forbes Magazine’s recent article stating that unemployment rates are lower for those with a college degree. The numbers still show a huge gap in the job market for college graduates.

For people who have their eyes set on going to the military eventually, but want to go to college, here are a few reasons to knock out that college degree first: 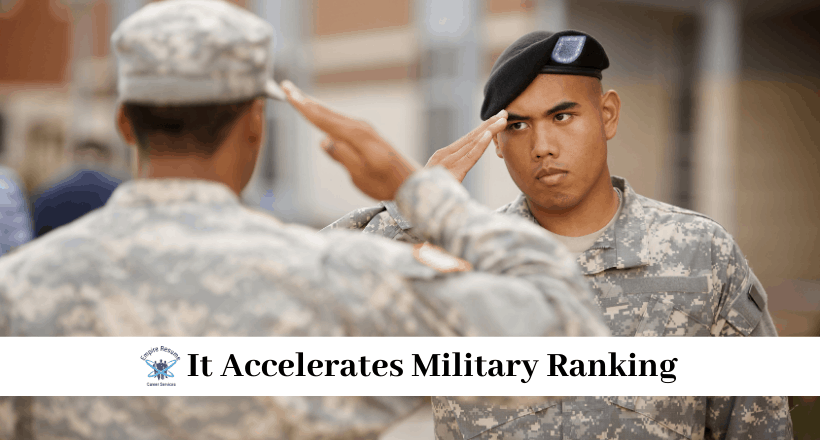 The U.S. military branches such as the Army, Air Force, Marines, Coast Guard, and Navy, enables those with college degrees to bypass its general enlistment requirements and become a military officer

Particularly those in the medical, legal, and ministry fields can gain direct commission as an officer due to their college degree. As a bonus, officers are charged with leadership roles in their respective military functions and earn reasonable incomes.

2. Possibility of qualifying for the student Loan Repayment Program

Although each branch of the United States Armed Forces possesses its maximum offer for the LRP, U.S. Congress caps the maximum amount at $65,000 per candidate.

Going to college first means gaining book knowledge that can be applied in the civilian world. In college, there’s plenty of test taking, studying, reading, and writing.

This civilian knowledge can transfer into the military world; however, the military focuses its efforts on training it’s service men and service women to become leaders and preparing them for real-world conflict. This is a major difference between the military and civilian worlds.

Attending college can also pay off largely on the financial end of the scale. Studies have shown that college degree holders earn significantly more than those with just a high school diploma.

That’s not to say that a person can’t get great jobs without a degree.

Benefits of Joining the Military

Joining the military before attending college also gives individuals outstanding benefits as well. Check them out below:

It also opens the door to better career possibilities.  Going to college while serving in the military can make one well rounded and gives one leverage in both arenas.

The ultimate advantage is the scholarships available to military members. There’s the Montgomery GI Bill, the Post 9-11 GI Bill, and the loan repayment programs discussed earlier.

Programs like the Montgomery GI Bill provide military personnel with college assistance of about $50,000, for service members to help pay for college studies.

Other programs like the Post 9-11 GI Bill, enables service members who actively served in the U.S. Armed Forces after September 10, 2001, not only to receive a flat amount for college tuition, but help cover other expenses like books and housing.

For more information on the GI Bill, check out Empire Resume’s article discussing how to use GI Bill benefits.

The military equips people with discipline and world class training that cannot be found anywhere else on Earth.

Transitioning from the military to civilian life like college, for instance, will always generate outstanding results due to a mission-focused mentality.

Did you know that veterans make some of the best employees?

Military members can perform at their highest level under pressure, and they bring a sense of teamwork and comradery to the workforce like no civilian employee can do. These qualities are extremely valuable to recruiters, hiring managers, and military friendly employers.

The military allows service members to develop fresh skills that can be built upon, even if they have to transfer military skills to civilian terms on their resume when applying for jobs.

So, College or the Military? It’s Up to You!

While most think their best path is to attend a college or the university, others want to encounter a different experience by joining the military.

Even though graduates gain admirable values and transferable skills from their professional schooling, they learn little to no knowledge of patriotism and what it means to serve. There’s no service before self mindset in college like the standard culture of the military.

When the dust settles, the decision rests solely with you. Whenever you graduate from a 4-year college, university, military academy, or complete your service obligation to the military, the next step is always focused on your chosen career path.

So when the time comes, Empire Resume will help you be a part of the career or industry you’ve always dreamed of by writing a job winning resume, LinkedIn profile, or even a cover letter for you.