Should I List Military Awards in My Civilian Resume? 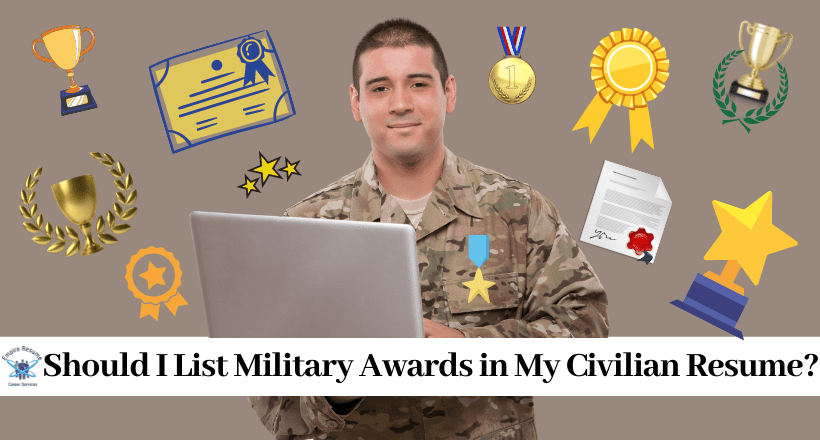 If you’re a Veteran in the process of separating from the military, you may have heard one of two things about resumes by now: (1) a resume is a marketing tool that “sells” your skills, and (2) a resume tells the story of your experience. As you prepare to build a military-to-civilian resume, you begin to think about the many awards you’ve received throughout your time in service for the difference you made in uniform. After all, they are a part of the journey in your military career. Now, the question that lingers in your mind is, “Should I list military awards in my resume?”

In this guide, you’ll learn: 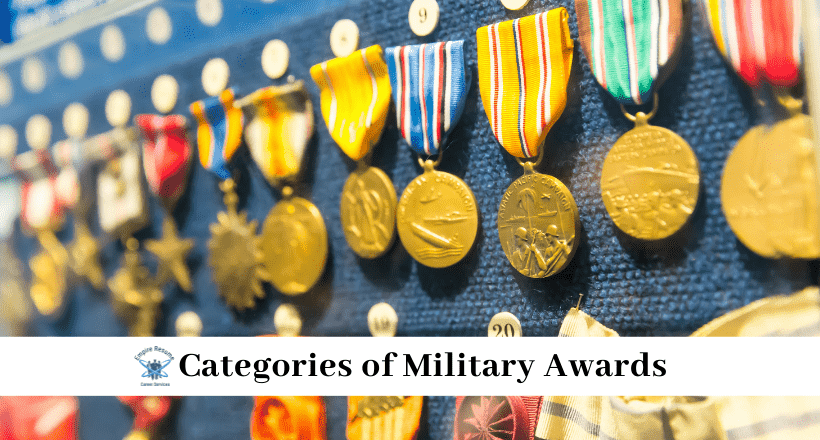 Servicemembers across all U.S. branches of service receive awards. When it comes to military dress, uniforms communicate and identify rank, years of service, duty assignments, and awards in one glance. Military awards are shown by using ribbons, badges, and medals.

Awards play a big role in the military culture because they represent the hard work and sacrifices a service member has made in a duty station, deployment, exercise, or operational training. They also tell the story of one’s excellence, leadership, courage, and technical expertise.

There are primarily three types of awards: individual, service, and campaign. Typically, individual awards reflect personal effort in going above and beyond the call of duty, service awards recognize team efforts, and campaign awards represent participation in a military operation or service in a specific geographical location during an expedition, campaign, or war.

Below is a breakdown of the classes of military awards as indicated in an article by Medals of America:

Now that you know the different categories of military awards, it’s time to see how your awards stack up to your resume and the job you’re targeting.

The Importance of Relevance in a Resume 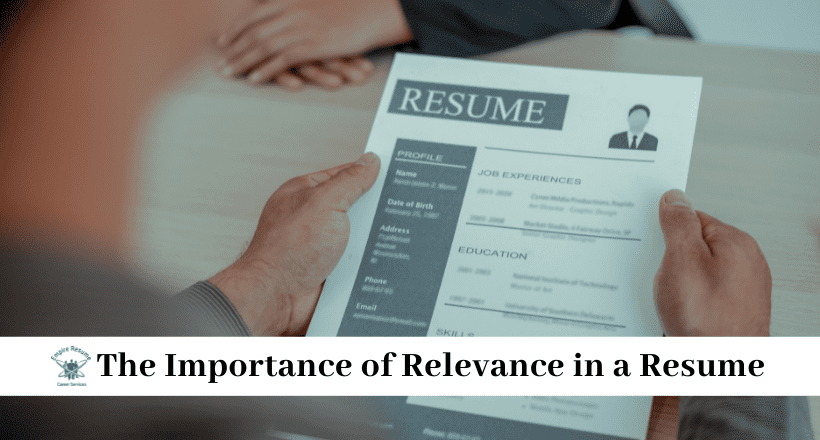 The type of information that a civilian resume contains include:

If you notice, relevant is an important word to think about when creating a military resume because you don’t want to make the mistake of including experience, skills, or even military awards that have nothing in common with the job you’re applying for.

As an example, if you’re applying for a STEM position, highlighting that you received a marksman award for weapons qualification does nothing to show a hiring manager that you can develop software, have problem-solving skills, or that you excel at research. However, if you’re looking to be a US Customs and Border Patrol Agent, your weapons training will come in handy.

Next, let’s look at the best awards to list on your resume. 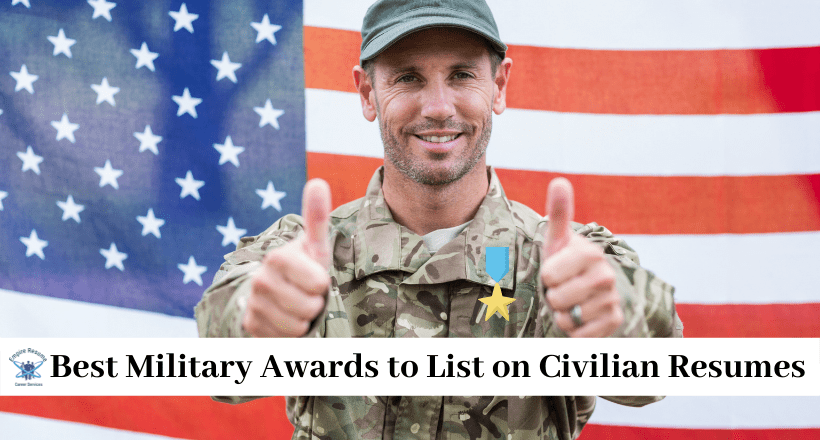 Listing awards is often a challenge for Veterans because the military offers a wide range of formal awards than civilian organizations in the private sector. Some awards demonstrate your ability to perform the task at a high level. Others serve as a testament to your character.

Although the military awards you received prove your excellence and commitment in the military, they may not hold much weight or value in the civilian world if they are not easily understood.

It’s important to be strategic in deciding which awards to place on your resume. A good rule of thumb to remember is to include the personal and service type awards. Think of the awards that are not easy to get. In no particular order, just a few of these awards include:

Even though awards that speak to your character may not be directly relevant to a job, most employers hire Veterans for their leadership ability, teamwork ability, and strong character. Therefore, stand-out awards such as Purple Hearts or Bronze Stars should be included because they demonstrate those qualities.

Awards that translate to something equivalent to “Employee of the Year” in the civilian world are great additions to add to your resume. Also, other awards that are relevant to the type of job you’re seeking will quickly make you an amazing candidate.

For example, if you’re looking for an IT job, your Cybersecurity NCO of the Quarter award is perfect.

Want to work at the Red Cross or participate in relief efforts? Your Humanitarian Service award will come in handy.

To determine where your award or medal falls under the categories, be sure to view the military awards by branch.

Awards Not to Include in Your Resume 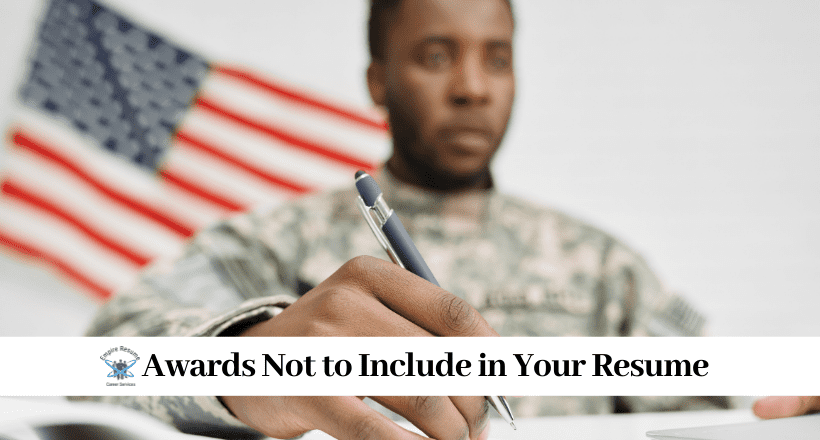 The normal awards that most servicemembers receive don’t need to be included such as the meritorious service award, basic training ribbon, and others.

Unfortunately, while serving in any campaign or war is notable, campaign awards are not a good fit for resumes. Listing that you served in Iraqi Freedom is a major accomplishment that isn’t to be taken lightly. It definitely speaks to your bravery, dedication, and commitment. But as you apply for jobs, ask yourself these questions: Does the campaign relate to the job I want? And how can I make a civilian hiring executive understand how I performed during the campaign and make it relevant to the job?

At the end of the day, it’s best to leave the campaign medals off your resume and do all you can to show highlight your value with any personal and service awards you received.

Awards can be added as a separate section on your military resume with the title “Awards” or listed as “Achievements” under your professional experience.

When writing your awards, make sure to use only significant, stand-out awards. Don’t forget to include the actual title of the award, the presenting organization, and the date you received it. Next, you want to quantify your accomplishments. To evoke emotion, you should choose action verbs, and explain the impact your achievement had on the organization.

“Recognized as #1 out of 300 managers in the organization for delivering 1,600 hours of team training and managing $30 million of equipment for an Air Force training program in support of joint missions with overseas organizations.”

Wrap Up: Do’s and Don’ts for Military Awards Section in Resumes 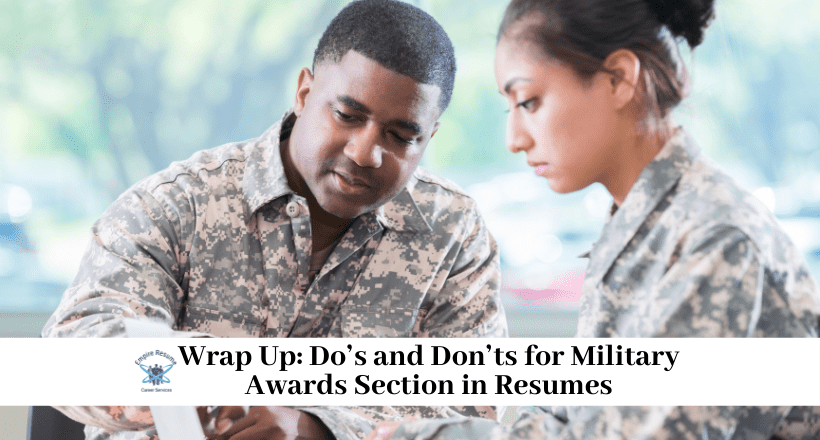 Let’s wrap up with a brief word on do’s and don’ts for the awards section of your resume. Here’s a quick rundown of what and what not to do:

We hope you enjoyed the latest from Empire Resume’s military-to-civilian blog. Make sure you join us next week as we’re always here to help with your career goals after a life of military service. 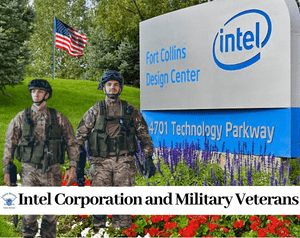 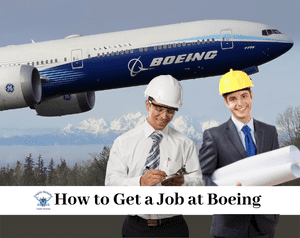 How to Get a Job at Boeing