Signs You Did/Didn’t Get the Job After the Interview 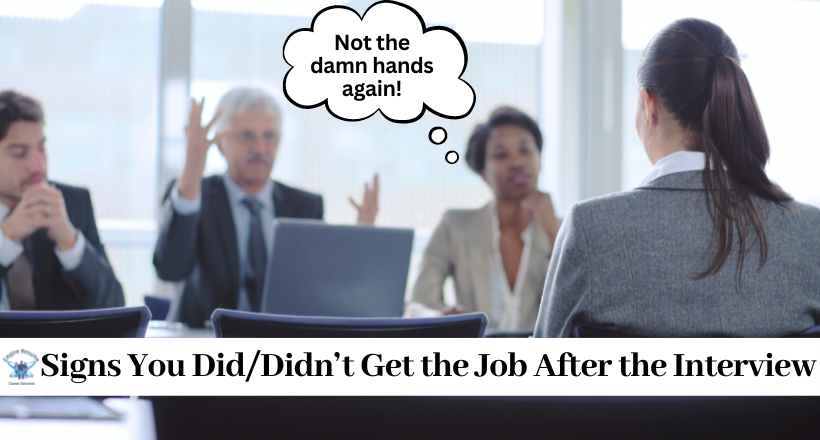 During a successful job interview, a few signs could indicate you got the job. If the interviewer is smiling, laughing, and giving positive feedback, this is an excellent sign. You may be in luck if the conversation goes smoothly and the interviewer gives off friendly vibes.

Additionally, if the interviewer is talking about the specifics of the job, such as hours, salary, or benefits, that’s an indication you may be hired. If they ask if you have any questions, that’s another sign you’re being considered for the job. All these signs can be very reassuring that you may get the job.

On the flip side, there are other signs that the interview didn’t go well. One is the manager may end the interview abruptly or may not provide you with any feedback. Also, if the interviewer is not engaging in conversation and doesn’t seem interested in hearing your answers, it’s a sign it’s not going well.

In addition, if the interviewer doesn’t ask any follow-up questions or if they don’t provide you with any info about next steps in the hiring process, likely, you have not been chosen. If you don’t hear back from the interviewer within a reasonable amount of time, it’s probably a sign you didn’t get the job.

Empire Resume will explain tell-tale signs that you did or didn’t get the job after an interview, including the most important things to look for. 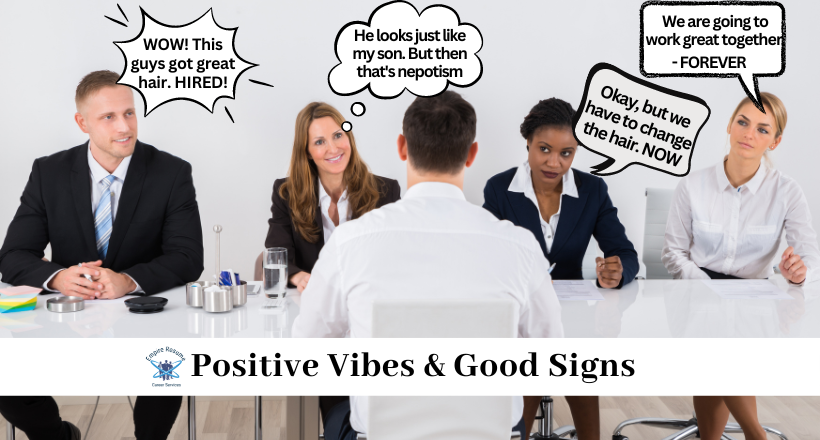 There are several signs to look for during a job interview that’ll tell you that the manager thinks you’re a great candidate. One of the first signs to watch for is nonverbal communication or body language and how the interviewer interacts with you.

Good signs during an interview include the hiring manager smiling and nodding in agreement. Lots of eye contact is also a good sign. The biggest thing to look for is if the manager seems engaged and interested, which will be shown in many nonverbal cues. It’s all about catching a positive vibe.

When a manager really likes you, they may accidentally use words that give away they think you’re the best candidate. For example, they may use words like “when” or “will” instead of “if.” An example is when they say phrases like, “When you start the job” or “This is who you’ll be working with.”

Yet another sign is if the conversation during the interview turns casual. Most job interviews are all business, and managers stick to a script of general questions. But when the conversation shifts away from your qualifications and veers into casual territory like sports or where you grew up, it’s usually a sign the interview is impressed by you.

There are a couple of reasons for this. First, the fact that the interviewer has stopped asking general questions may show they’ve already decided that you’re the right fit. At this point, they may be hoping that you don’t slip away and they may be worried they’ll lose you. Second, they’ve steered the conversation into casual territory because they want to know you better beyond your qualifications and resume and if you’re the right culture fit for the company. 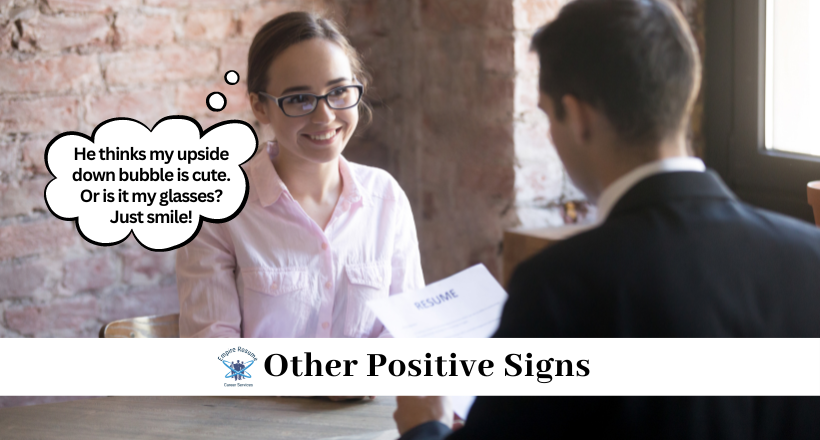 Other indications that an interview is going well are that you’re given a tour of the office (if the job’s not remote) and you’re introduced to employees. Usually, a manager will only introduce you to other team members if they think you’re a good candidate.

Some positive signs are even more obvious, such as when interviewers give direct verbal cues that they’re impressed. For example, they may say they think you’re a good fit and are looking for someone with your qualifications and experience.

It’s also a good sign if the interviewer starts discussing compensation, benefits, and the perks that would come with the job. While this usually won’t happen until later in the interview process, it’s a sign they’re about to make you an offer when they begin discussing this. When they spend their valuable time selling you the advantages of working at the company, it’s clear they’re interested in hiring you.

Finally, perhaps the biggest sign that will come later in the interview process is if the manager asks for and contacts your references. Managers will rarely contact the references of candidates who they don’t think have potential. So, ensure that your references know in advance they may be contacted. 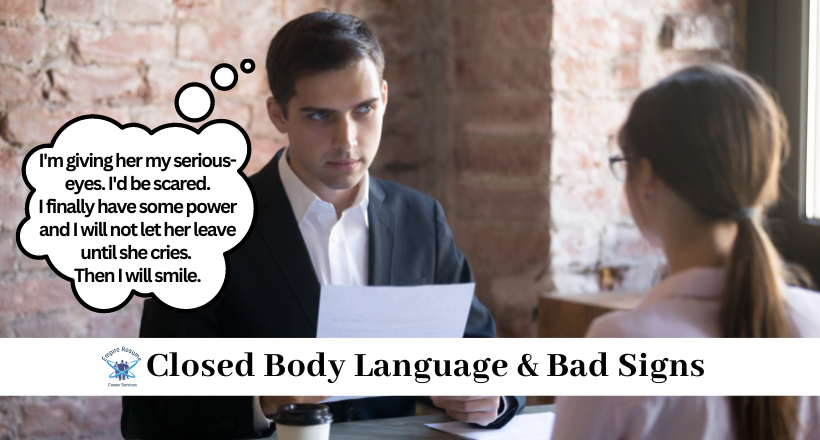 Just as there are many signs that you may have gotten the job, there are plenty of others that the interview didn’t go well. One of the most difficult parts of job searching is not hearing back after an interview. Even when some candidates hear back, they may not get a straight answer.

You may not get genuine feedback after a job interview because the manager is uncomfortable sharing bad news. Another reason is they’re intentionally being vague to avoid a discrimination complaint or legal trouble. Yet another reason you may not hear back and be “ghosted” is that the company and manager are too busy to notify every candidate.

Whatever the reasons, there are a few things to look for during an interview that could be signs you’re not going to get the job. Many of these negative signs are the exact inverse of the positive ones, which makes sense. For example, body language cues are essential.

If the interviewer looks distracted and disinterested and has closed body language, it could be a sign they don’t think you’re a good candidate. If a good sign is a free-flowing conversation where the manager looks engaged, a bad sign is the complete opposite.

Short interviews also aren’t typically a good sign. If a manager is interested, they’re more likely to have a longer discussion, and they will give you ample chances to understand the position. On the other hand, if they cut the interview short and don’t talk about the next steps, this is a bad sign.

Another bad sign is not receiving follow-up emails or contact. Of course, it’s always good to follow up after an interview, and it’s even better to send a handwritten note to the manager. But they probably aren’t interested if you finish an interview and don’t hear back, even after sending them an email or note.

A good employer will contact you with a formal rejection, which is a common courtesy, and may tell you to apply again in the future. However, in this day and age, it’s also possible you may never hear back from them again.

It’s also a sure bad sign if the manager never asks for references. Some employers today may skip this part of the hiring process, but in most cases, many will ask for references even if they never reach out to them. You may even offer references; if they say no, this is a sign that they don’t think you’re a strong candidate.

Finally, a big red flag the company isn’t interested is if they don’t mention the next steps in the hiring process or are vague about them. An interested hiring manager will ask for many details about the best ways to contact you or when they expect to decide on whom to hire. If the interview ends simply with a “thanks for your time” and not much else, chances are it didn’t go well.

Stay Focused on the Positives If the employer seems interested and the signs are that the interview went well, it’s time to start considering salary negotiations and your options. However, if the interview didn’t go so well, stay focused on the positives.

It’s always a bummer when you work hard to prepare for an interview, and nothing comes out of it. But there’s plenty of fish in the sea, as they say, and as long as you keep progressing in your job search, you’re bound to find a good fit.

Think about why the interview may not have gone well, and try not to take things personally. It could be because you were over- or underqualified, or another candidate was a better fit. Use the interview as experience, and look back to find some positives in the interaction that you can learn from.

If possible, allow yourself to take a short break from sending out applications and reassess your goals. Job searching can be a long and daunting process, so taking breaks, even if just for a day, can be very important. Once you feel refreshed, jump back on the horse and start applying again.

There are many signs during a job interview that you may or may not be on the right track. No matter what happens, it’s important to remember that finding the right job takes time and patience. Take time during your job search to celebrate your small successes.

Also, try to stay active and productive. Take time to volunteer, learn a new skill, read books or engage in hobbies. By setting realistic goals, networking, celebrating successes, and staying active, you can stay positive during your job search, no matter your setbacks.

Stay tuned to Empire Resume’s blog for more helpful insights on careers and employment, including articles such as How to Use LinkedIn for Your Job Search, 5 Reasons You’re Not Getting an Interview, and What It’s Really Like to be a CEO.

We have greater than a 97% success rate of landing our clients’ interviews! What are Interview Tests? 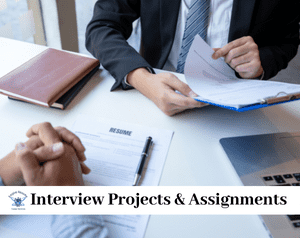