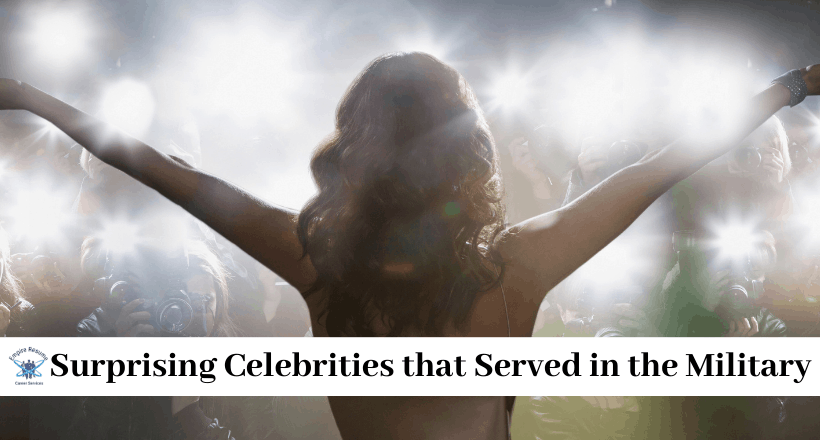 Just when you thought you heard it all when we introduced you to the presidents that served in the military, wait until you hear what Empire Resume has in store today. This week, we’re back with another mind-blowing educational article that includes a star-studded list of people who shape a part of U.S. military history.

After reading this, the next time you’re watching or listening to the celebrity who was once a member of the U.S. Armed Forces, you may look at them differently and have a new found sense of appreciation for them considering the fact they had to make the transition from military life to civilian life.

Please note, this list is not in any order or rank. We’re just happy to share the results of our research with our favorite readers like you. Are you ready to hear about these famous celebrity veterans? Well, let’s get started! 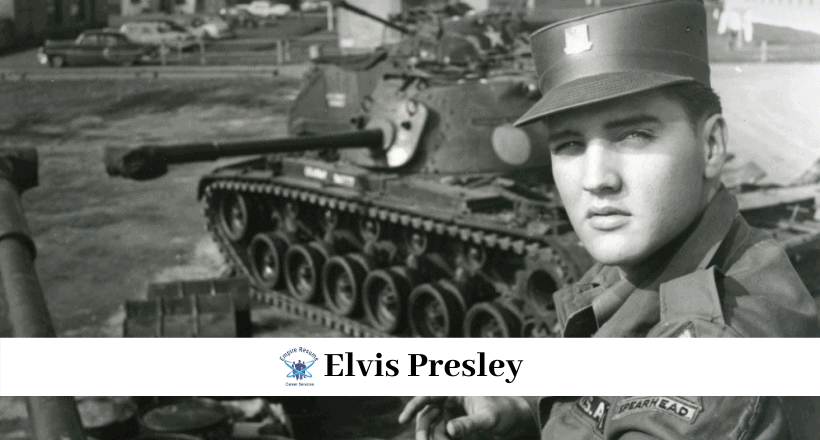 In 1958, “The King,” Elvis Aron Presley, was drafted into the U.S. Army. According to the U.S. Army Center of Military History, Elvis entered the military in Memphis, Tennessee, and served from 1958 to 1964.

The Memphis Draft Board announced that he had been chosen under the selective service system to serve two years of active duty and then four years in the Army Reserve.

During the time of his draft, Elvis had already become a well-known entertainer who was a heart-throb for teenage girls. Military.com notes that the Navy and Air Force made offers to join their respective branches, but The King of Rock and Roll turned them down.

His military entrance was a major event that sparked huge media attention. Presley had an overseas tour to Germany where he met Larry Lupear and never talked about his fame, according to an article in San Antonio Express-News.

Presley discussed family life, girls, and other topics among soldiers. To hear more of Lupear’s memories with “The King,” check out San Antonio Man Served in the Army with Elvis Presley. 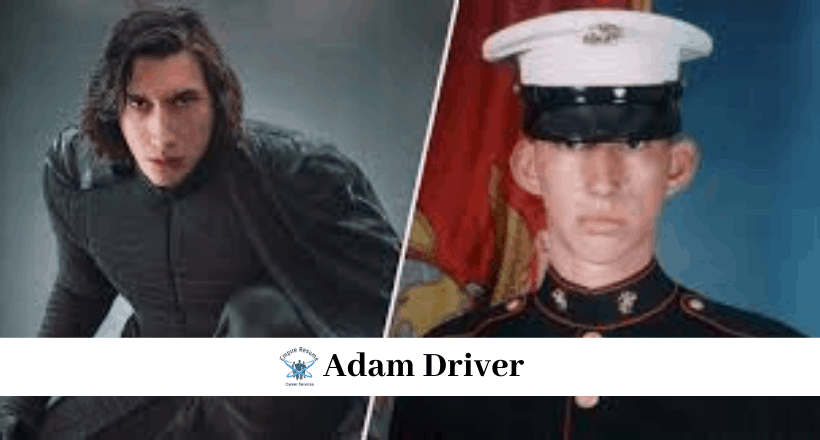 Are you a Star Wars fan? If so, you’d be interested to hear that Adam Driver, the actor who brought Kylo Ren to life, was once a member of the U.S. Marines.

Driver’s military career began at Camp Pendleton, California, just a few months after the terror attacks occurred on September 11, 2001 commonly known as 9/11. According to We Are The Mighty, Driver opened a TED Talk by stating his reason for joining the Marines.

“I joined a few months after September 11, feeling like I think most people in the country did at the time, filled with a sense of patriotism and retribution and the desire to do something,” he said.

Unfortunately, months before he was to deploy to Iraq, Driver was involved in a mountain-biking accident and dislocated his sternum. The accident resulted in a medical separation from the Marines.

He credits much of his success as an actor to his military service. In the Hollywood Reporter’s 2019 Actor Roundtable, he said, “It’s a group of people trying to accomplish a mission that’s bigger than any one person. You have a role and you must know your role within a gun team.

You’re only as good as the people that are there with you—and when they know what they’re doing, what you’re doing feels active and relevant and exciting. And when they don’t, it feels like a waste of resources and dangerous. That was the best acting training, actually, because you’re just so aware that you’re one part of a bigger picture.” 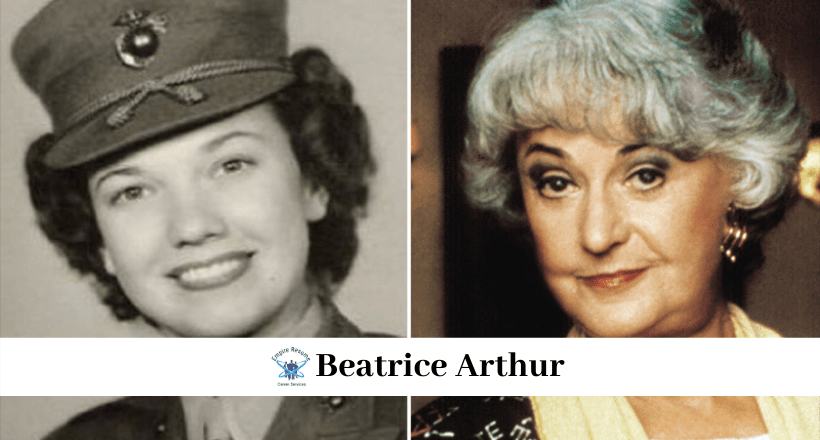 Remember Dorothy from Golden Girls, anyone? If you’re shaking your head in disagreement, we have you covered. Just check out Golden Girls on Hulu. For laughs and more laughs.

Surprisingly, Beatrice “Bea” Arthur who is also known for the TV show, Maude, served in the Marines. According to Military.com, Arthur — the actress, singer, and comedian — Arthur enlisted at the age of 21 in 1943 under the name she was born with, Bernice Frankel.

She was one of the first members of the Women’s Reserve where she drove military trucks and was also a typist. During her military career, she was stationed in Virginia and North Carolina. 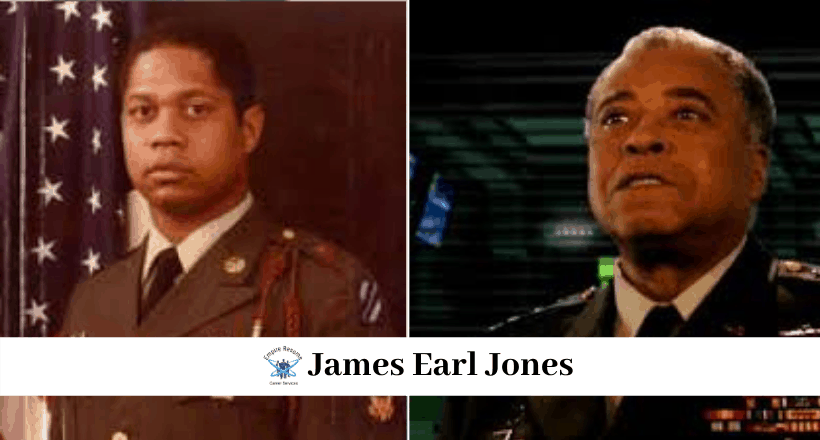 You know the voice, but maybe you didn’t know the name. Let’s try Darth Vadar. What about the famous line, “This is CNN.” How about Mufasa?

James Earl Jones is the distinct voice behind the names and quote above. His acting career is unmatched, but it doesn’t enter his life until after he was recruited into the Army after graduating from the University of Michigan.

Jones was an infantry officer in the Korean War. He was commissioned in 1953 and attended the Officers Basic Course at Fort Benning, GA and became a second lieutenant right before discharge. He also attended Ranger School.

An article in Military.com also states that Jones left the military for two reasons. A superior officer recommended that he take time to himself to decide whether he wanted to pursue the military as a full-time career. Secondly, he believed that reenlisting was a viable option in case acting couldn’t sustain him financially.

To gain more insight on African American veterans who are celebrities like James Earl Jones, see We Are The Mighty’s, 10 Black Celebrities You Didn’t Know Were Veterans, to see Jimi Hendricks, MC Hammer, Sunny Anderson, Ice T, and Montell Williams and more. 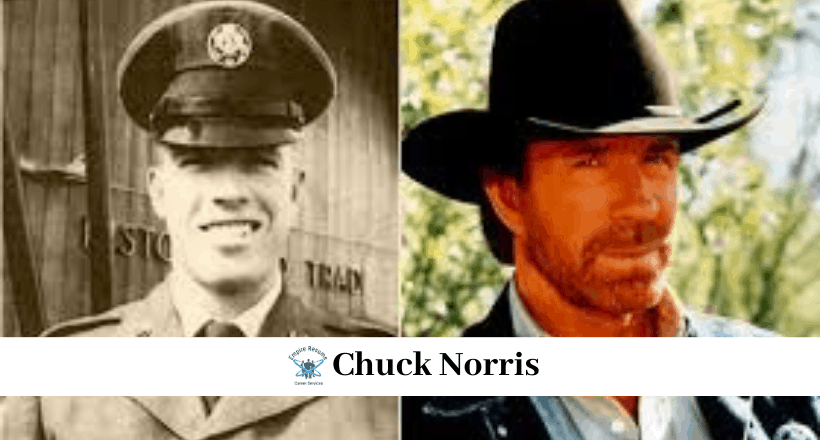 The Oklahoma native, Carlos “Chuck” Norris, enlisted in the U.S. Air Force in 1958 right out of high school.

According to the VA, he was stationed at Osan Air Base in South Korea where a fellow airman gave him the nickname “Chuck.”

However, Norris was able to tie his hope to train as security police and martial arts expertise into his acting career like he did on Walker, Texas Ranger and a host of other movies and shows.

This year, Norris was chosen as the VA’s #VeteranOfTheDay. Other notable mentions include his Veteran of the Year award from the Air Force in 2001. 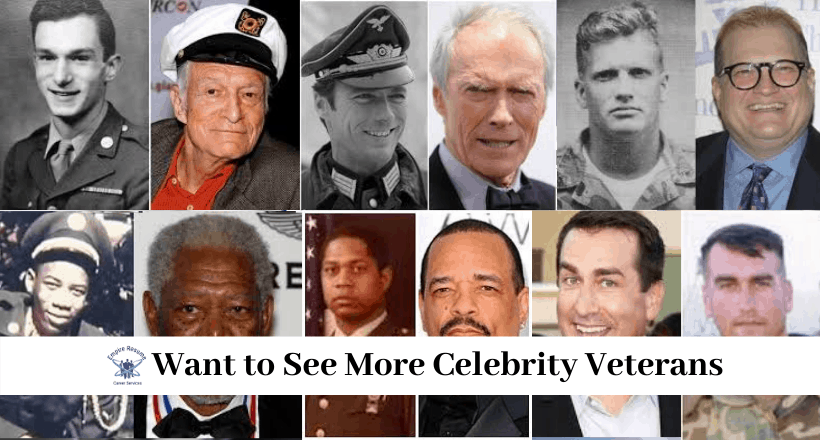 Craving more about celebrities with military service? Here’s a quick list of more people you may be surprised to see:

To get details on these veteran celebrities and more, see MSN’s Stars Who Served in the Military.

Do you know any famous celebrities who were once a part of our nation’s military? If so, join in on the discussion with Empire Resume and drop your favorite famous veterans in the comments below! 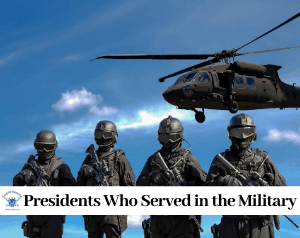 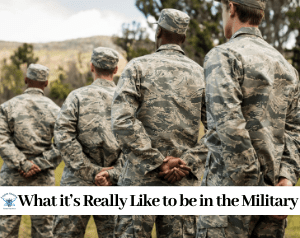