The History of the Resume 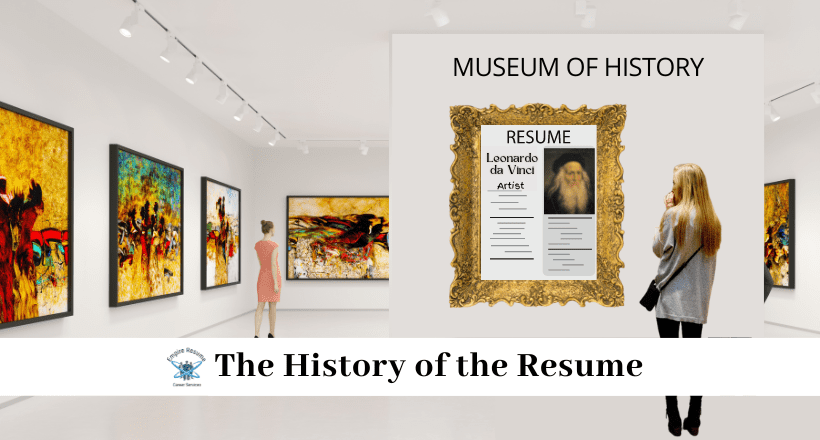 You’ve probably read the much-cited statistic that the average hiring manager only spends six seconds scanning a resume. It can be a depressing statistic for any job seeker who spends so much time developing a well-thought-out and professional resume to only have it tossed aside.

That’s part of the reason professional resume services exists. Resume experts like Empire Resume help ensure your resume gets past pesky Applicant Tracking Systems and in front of a hiring manager. And despite all the frustration it may entail, we all still spend a lot of time putting together resumes.

So, when did this all start? How long has the resume been around? You’d be surprised about the long and winding history of the resume.

According to many sources, the first thing resembling a resume was created in 1482 by the artist and inventor Leonardo da Vinci. He sent a written submission to the Duke of Milan, citing his numerous qualifications, including his wartime skills and ability to create sculptures and paintings in times of peace.

Believe it or not, the history resume goes back more than five centuries! Over the centuries, the resume has undoubtedly evolved into many different shapes and forms. Empire Resume will delve into the history of the resume, including when the phrase was first used and more modern developments in the 21st century. 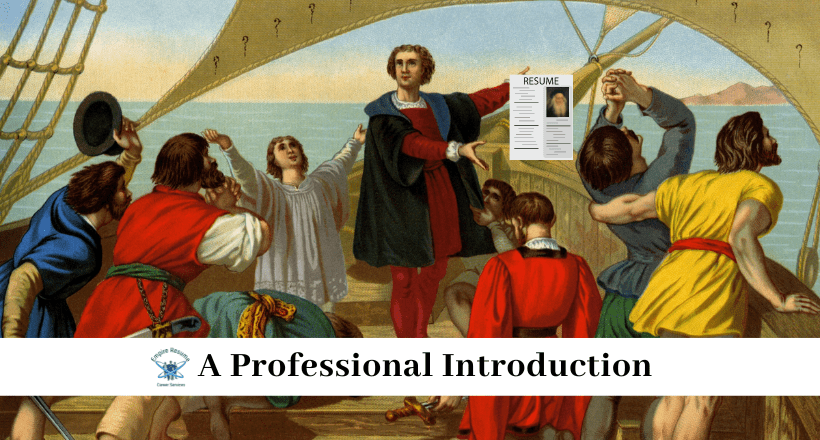 Leonardo da Vinci is thought to have created the first resume, but it’s generally accepted that the phrase “résumé” was first used in the 1500s by a Lord in England. During his travels, the lord would submit a letter of professional introduction that he called a resume whenever he entered a new town. The word résumé derives from the French word “résumer,” meaning “to summarize.”

The lord’s idea caught on, and by the end of the 1500s, a list of resumes began appearing in local publications like newspapers and handbills. Historians discovered one of the earliest advertisements from a man named Ralph Agas, who listed his resume to showcase 40 years of experience as a land surveyor.

The word “resume” still wasn’t widely used, but the concept grew in popularity throughout the 16th century. However, from the 1600s to about the 1920s, the evolution of the resume became stagnant. Historians haven’t found much evidence of self-advertising professional documents and letters. Part of the reason is that there wasn’t as much need for a resume during this long period.

Many people were limited to the jobs they could do according to their class status, as people had professions handed down from the generation before them. Also, an increase in technology and a change in the Western world’s economies eliminated some of the need for highly skilled workers. With the Industrial Revolution, more people worked as laborers in factories or in other manual jobs like coal mines, which didn’t require a resume.

Height and Weight on Resumes? 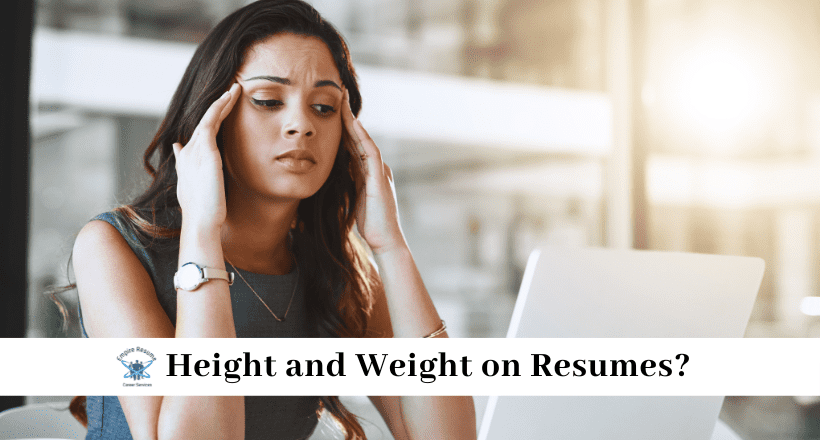 The 1930s was the decade that marked the return of the resume to prominence. Many resumes during this time were handwritten notes during interviews. However, there was still a stigma in the professional world about well-prepared written resumes; some thought this came off as too arrogant.

Written resumes became more common during the 1940s and included aspects of a person’s background that would shock many job seekers today. Job hunters were encouraged to have their age, height and weight, and even a photograph of themselves. Some people also included their marital status, their number of kids, and their religious or church affiliation. If employers asked about this information today, it would almost certainly lead to a discrimination lawsuit!

By the 1950s, resumes had become the norm. Employers requested them to be submitted with job applications, and job seekers would “hit the pavement” and drop off resumes at businesses all over town where they lived. Then, in the 1960s, the era of individualizing oneself began in the job market. The trend during this decade was to include hobbies and personal interests on resumes.

The Advent of Word Processors 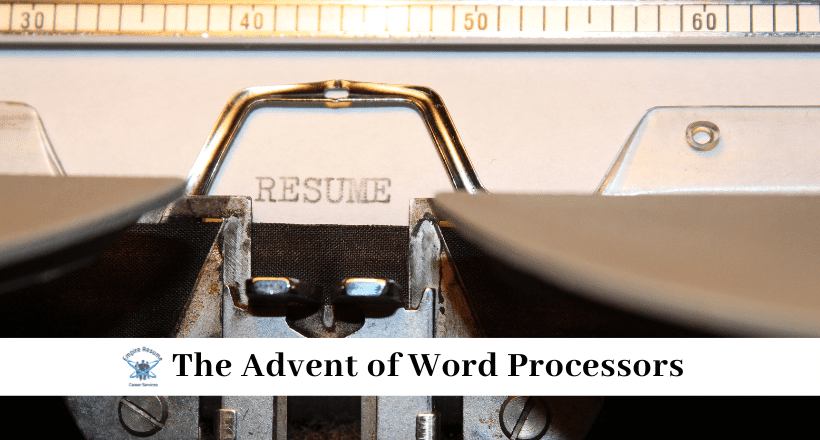 Digital typesetting and word processors led to more professional-looking resumes in the 1970s. People began to market themselves more aggressively with their resumes during this decade, and the trend toward personalization and adding hobbies fell out of favor. By the 1980s, some innovative job seekers began recording themselves and created video resumes on VHS tapes. The trend never caught on, though, and it wouldn’t rise again until the advent of YouTube.

In the 1980s, the era of self-help resume books also rose to prominence. The market was flooded with confusing and conflicting advice about resume dos and don’ts. Perhaps because of all this advice, the ‘80s were also the first-time people began to debate whether the resume was necessary. Few people were clear about what should replace the resume, but plenty of folks believed the era of the resume was coming to an end (it wasn’t).

By the ‘90s, Microsoft Word processing and fax machines had reinvented the resume. And by 1994, the internet was in its early days, and the predecessor to Monster.com, the first job board site, was launched. Direct email became the most common way to submit resumes by the mid-1990s. And then, in 1996, some companies began using Applicant Tracking Systems for the first time.

The Huge Influence of LinkedIn 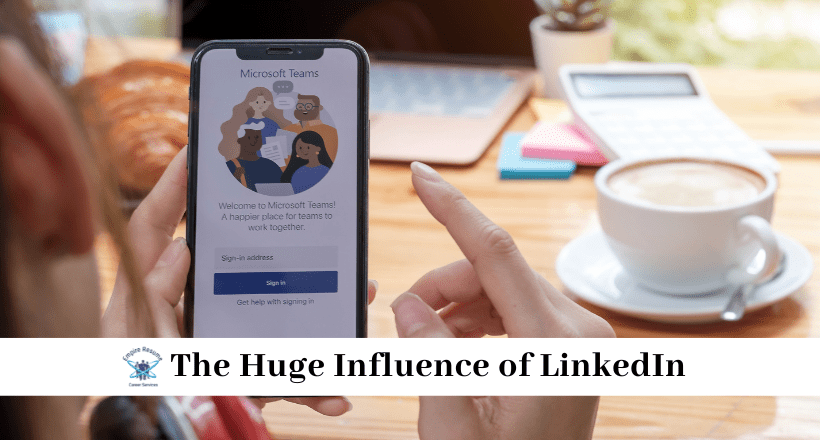 LinkedIn changed the game for resumes when it was launched in 2003, becoming possibly one of the biggest influences in the entire history of the resume (so far). Like Monster and other job board sites, LinkedIn allowed people to publicly post their resumes. But LinkedIn went a few steps further, creating the first successful professional networking site.

LinkedIn’s statistics say there are more than 700 million users on their site and 171 million are in the U.S., the highest proportion by far. LinkedIn has become a top-rated resource for employers and hiring managers, as 95% of recruiters say they turn to LinkedIn to find their ideal candidate.

The launch of YouTube in the 2000s also led to the resurgence of the video resume, which can be found throughout the job world now. Video resumes became more common with college and high school students, though they haven’t replaced the traditional resume yet. The internet also led to the creation of professional websites for job seekers, where they could list and compile information like their work portfolios.

By the end of the 2000s, resume writing services (like Empire Resume) became more popular than ever before. Some people estimate there were approximately 4,000 to 6,000 professional resume writers in the U.S. by 2009. Websites offering free resume writing templates also made resume writing more accessible than ever. 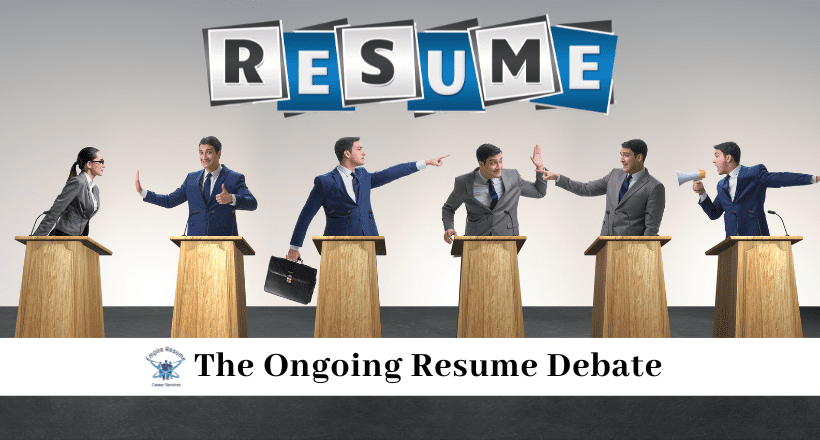 Unfortunately, a trend that developed in the 2010s was more widespread lying on resumes. Maybe because of how competitive the job market became, the Society of Human Resources reported that 53% of resumes and job applications had at least some “falsifications.” Some of the typical resume lies from that survey included fake degrees or certifications and even falsified references. The trend of more resume lies has made some hiring managers more suspicious than ever and more reliant on employee background checks.

The 2010s also saw a resurgence of the debate about whether the resume was dying or simply evolving. Some people said the traditional resume was becoming too dull and that job candidates should use more online tools, like personal websites, LinkedIn profiles, and multimedia portfolios.

Some career experts argued the traditional resume is too focused on background and the past. They say the resume then becomes little more than a bland listing of who we are, or who we say we are, and what we’ve achieved. This background may not translate well into a new job in employers’ minds. That’s why some people say the resume needs to be re-made and more about up-to-date content and what job seekers are doing now, which is part of why networking sites like LinkedIn have become so popular.

What’s the Future of the Resume? 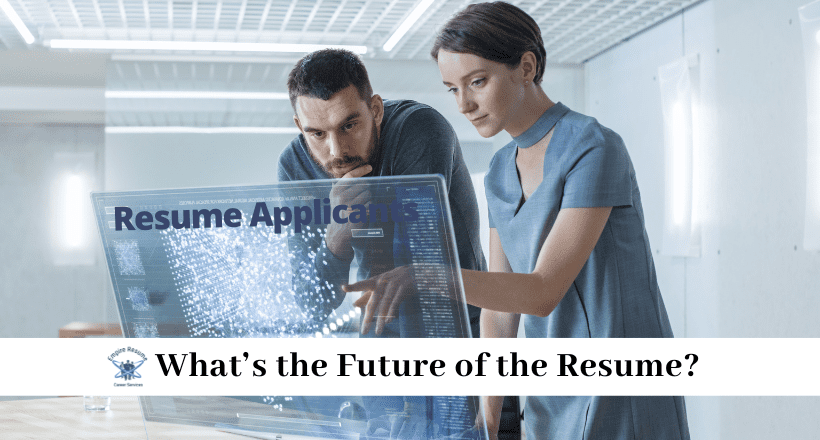 From da Vinci to LinkedIn, the resume has come a long way. No one knows what the future of the resume may be, but it seems certain that some form of the professional resume will continue to exist.

Job seekers have more ways to successfully land a job than ever today, so you don’t want to over-rely too much on your resume. You also must consider cover letters, video resumes, LinkedIn profiles, and more. And, of course, there’s the networking aspect, both online and offline.

Whatever form the resume takes in the years ahead, professional resume writing services like Empire Resume will follow the latest trends and provide the expert advice you need to find your next job.

Stay tuned to Empire Resume’s blog for more helpful insights on careers and employment, including articles like The Difference Between a U.S. and International Resume, How to Find Hiring Managers on LinkedIn, and Why Employee Referrals are So Powerful. 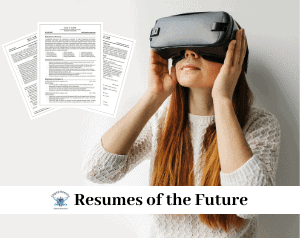 Resumes of the Future 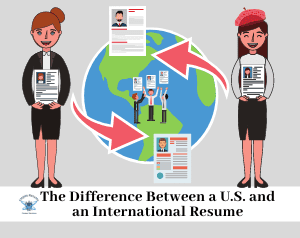 The Difference Between a U.S. and an International Resume 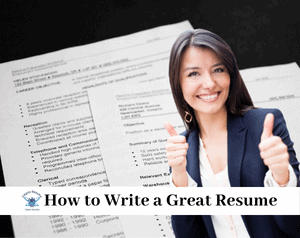 How to Write a Great Resume