How to Write a Killer Cover Letter 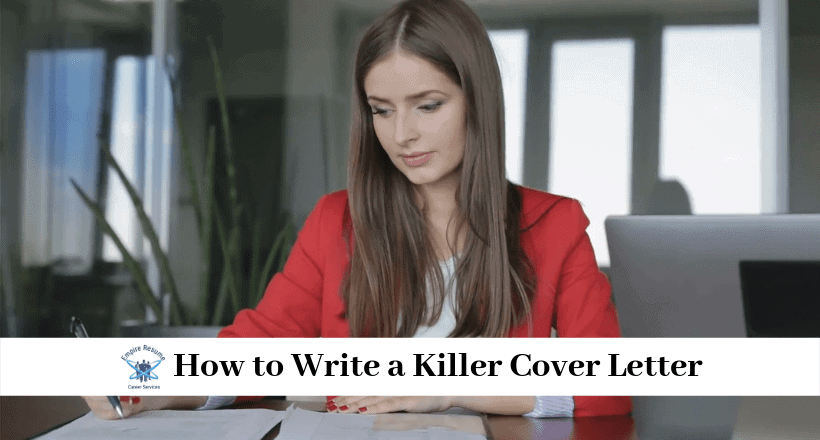 Every job application will typically require a cover letter in addition to your resume. A good cover letter can make the difference between getting called for an interview and having your resume be disregarded.

What is the Purpose of a Cover Letter?

Your cover letter should be tailored for one specific position and addressed directly to the decision maker. This personalization will instantly separate you from people who don’t have a cover letter and people that fail to address their cover letter to a specific person.

How long should my cover letter be?

A study conducted by Glassdoor revealed that the average employer will receive 250 resumes for each position listed and ERE Recruiting Intelligence found several studies that confirmed that recruiters will spend under 10-seconds reviewing a resume.

This means that a cover letter necessitates brevity and should always be less than one-page. Although there are numerous websites that will provide many examples/templates of cover letters, the ones that are the quickest to read are favored by the time pressured recruiters who will spend mere seconds reviewing it.

Very concise sentences and bullet points are much easier to read than lengthy paragraphs.

What should I include in my cover letter? 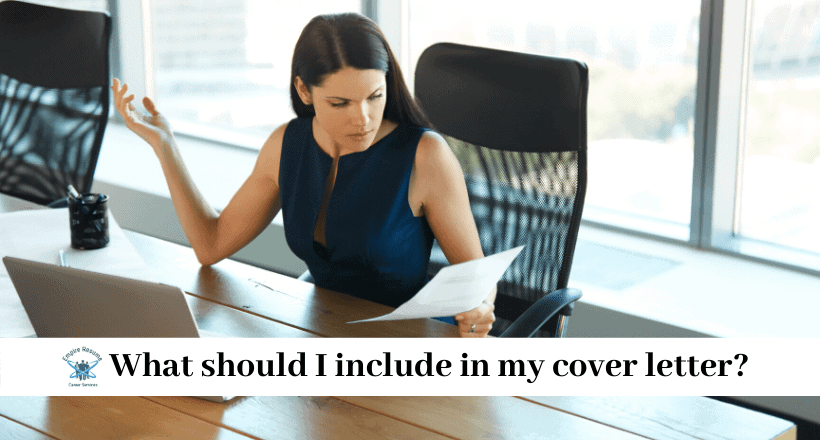 Although it sounds obvious, just like with your resume you MUST have 100% accurate spelling. Imagine spending countless hours crafting your resume that does a great job of selling you, only to be passed up again-and-again for having spelling errors in your cover letter.

This is most important with the person’s name that you are addressing the cover letter to since a spell checker won’t be able to catch this.

You should clearly indicate why you are the best candidate for the specific job you are applying.

This can be accomplished with a strong opening brief paragraph followed by a few specific bullets of relevant achievements applicable to the job at hand.

You want to specify why you want to work for the company. Perhaps you’ve seen the explosive growth of the company or maybe they just introduced a new product that you want to be part of.

Maybe you’ve read about the positive company culture where you would be a great fit. Be specific on why the company is your ideal. Make every company/position that you apply for feel as if it’s the only one versus generating a mass-produced generic cover letter.

You want to address the cover letter directly to the hiring manager(s). This is key and will separate you from everyone else who simply submits a generic cover letter.

The cover letter’s purpose is to get the employer to read your resume and hopefully lead to being asked for an interview. Many candidates spend countless hours creating their resumes only to neglect their cover letter, which can be a fatal mistake in getting the job you want.

Always remember to keep you cover letter short and sweet and address it directly to the hiring manager. Here is a comprehensive list of cover letter examples for most industries to help you.

The Importance of a Follow-Up Letter