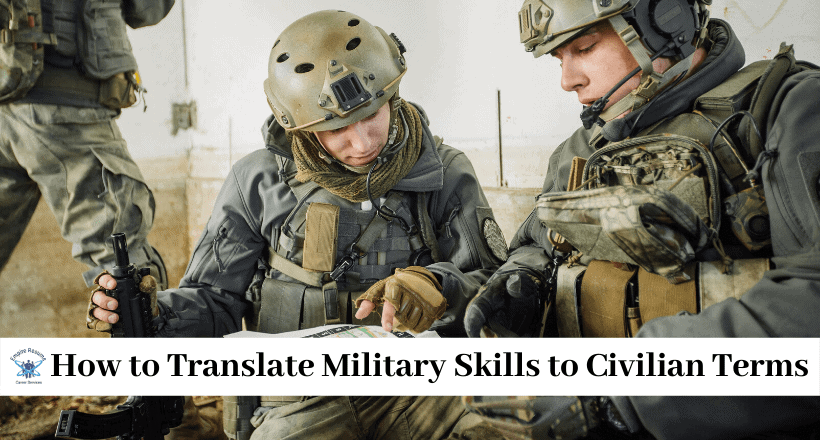 Military Veterans are from Mars, Civilians are From Venus

Review all of your military skills and compile them into a list. Keep in mind that you may find majority of your skills in your military performance evaluation information.

To create the list, take a pen and paper and draw a line down the middle of the page to form two (2) columns. Your columns will include a header as follows:

If you’re curious, choose all in the service dropdown bar. If you choose all, you’d need to enter a military job title.

Once you click search, use the civilian occupations listed within the translator to decode your military skills. For example, if your MOS was 88M in the Army , you were a motor transport operator. This job title is unclear to a civilian hiring manager who is considering you as a candidate for employment.

How to Decode Your Military Skills 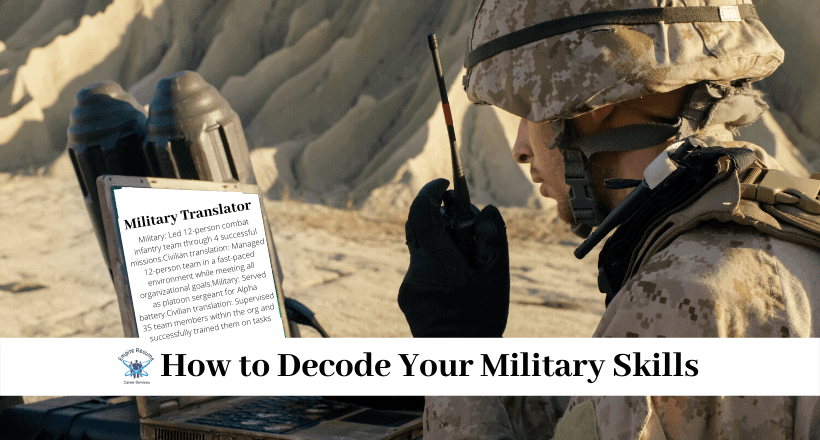 One of the job duties of an 88M is to employ convoy defense techniques.

As an example, for the 88M job description referenced above, the civilian translation may look like the following:

Let’s take your military performance evaluation to provide real examples of what decoding looks like when you use the translator:

Civilian translation: Supervised 35 team members within the organization and successfully trained them on organizational tasks.

Civilian translation: Performed research and gathered information to help the company discover potential threats, opportunities, and save 2.5 million dollars due to the investigations.

While translating military skills to civilian skills, it is important to break down all aspects of the term. Squads, flights, platoons, and companies all consist of a unique number of people. You should translate the number of people for civilians as they do not understand what these terms mean.

For example, a company is a military unit consisting of 80 to 150 people. Simply translate company into an 85-member team or organization or division. Think in terms of a business. Businesses have different divisions, teams, and sections. Use the business equivalent of your military term.

Think Outside of the Military Box While Decoding

It is important to note that the military to civilian translation process will not be easy. Some military skills and experiences will easily translate into military terms. Others will be difficult and may require more thought.

According to an article in The Military Wallet, a tip to remember is to think outside of the military box during the translation process. Often times, your military experiences will cover many hidden civilian responsibilities and skills.

Think about the 42L or Administrative Specialist. This position wears several hats and will apply to many civilian terms and civilian job duties.

Every military term, acronym, and phrase should be decoded and explained in a way that is easy for civilians to understand. Without the translation, your military to civilian resume will not showcase you, your experience, and achievements in the best light. 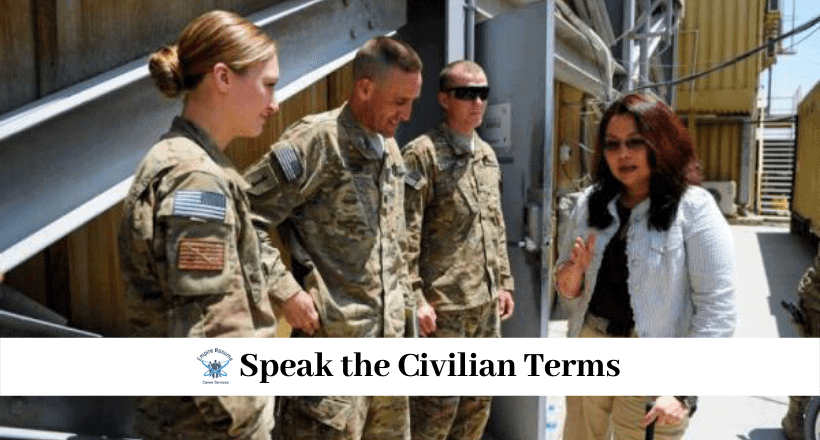 Now that you’ve translated your military skills, experience, and training to civilian terms in writing, it’s time to speak civilian too.

You can always keep your military language in your back pocket for gathering with veteran friends, old teammates and other veteran gatherings.

A benefit for any military veteran is using LinkedIn for Networking. With LinkedIn, you can join and be a part of industry-specific groups that are affiliated with career you wish to enter.

You can learn so much just from watching the discussions that take place in LinkedIn groups.

Review civilian job sites for vacancies in the career you want and its affiliated industry.

Take time to analyze the words and phrases so you can have a clear understanding as to how civilian employers speak, and what they are looking for as you pursue career opportunities.

Military veterans are the minority in society. Most of the civilians you engage throughout your chosen industry will be people without any military experience.

The good news about civilians is that they are willing to share information and give awesome insight.

Learn as much as you can about working in the industry and soak up as much industry phrases, key words, terms, acronyms and lingo as you can.

Communicate: The Bridge Between Your Military Skills and the Civilian Sector

Because the military and the civilian sector are two different worlds, you are the bridge between the two with the way you communicate. Learning to speak civilian requires you to change your communication style and walk the civilian walk.

Civilians frown on the military for its authoritarian approach to communication. As a result, they cannot relate to this approach and don’t understand how this approach benefits them.

What worked for you back then in your military days, will not work for you in the civilian sector. To fill the gap in communication styles between military and civilian, do the following:

After learning how to translate your military skills to civilian terms, you should not just speak civilian, you should actually learn the terms and how to apply them to your career and personal life as well.

Imagine speaking to a civilian and they keep referring to you as a military member. How would you feel?

Using the term civilian while speaking to civilians implies an us versus them mentality. Try using the term we or us and show that you are one of them now.

It’s not about what you say but how you say it. Other helpful tips include saying please and thank you when necessary.

Crossing arms and standing in someone’s office when they are sitting can send the wrong message.

Non-verbal cues such as these may not mean anything to you. However, a civilian can paint an unrealistic picture of power in their mind and instantly be put in an uncomfortable position.

Your communication after translating your military skills to civilian terms is where you can integrate both the military and civilian world. This makes you unique as no civilian has this ability.

Once you’ve translated your skills to civilian terms, the doors to career opportunities that you may have not even considered will fly open. After all, you were once a military member and have the ability to adapt, make changes, and adjust to your new environment as a civilian. 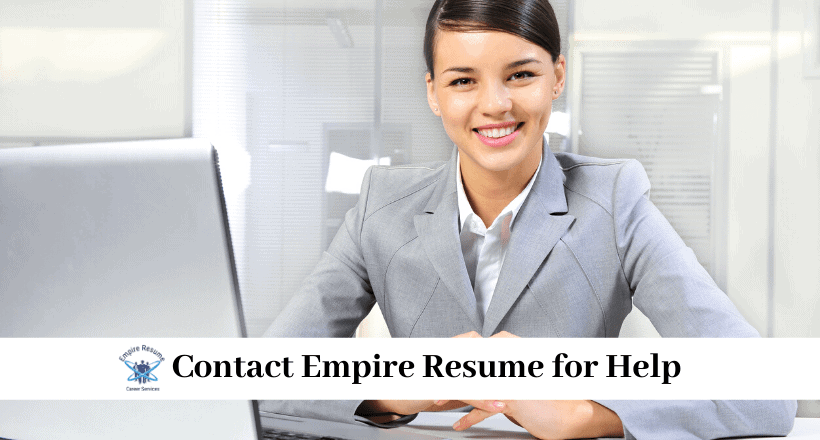 Today, we’ve walked you through the steps of how to translate your military skills to civilian terms. Remember, the steps are as follows:

We stand ready to help you with your military to civilian needs with military resume writing, cover letter writing, and LinkedIn profile writing.

When you take time to understand that military veterans are from Mars, civilians are from Venus; and that communication is the bridge between your military skills and the civilian sector, you’ll have a better grasp on life as a veteran who is reintegrating back into civilian life.

The ability to properly and effectively translate your military skills to civilian terms and apply them to civilian life will be the defining process of your access to employment opportunities and success in the civilian world.

Embrace the fact that the civilian world is diverse and everyone has different skills, backgrounds and styles. The more you learn about the civilian sector, the better your civilian experience will be. 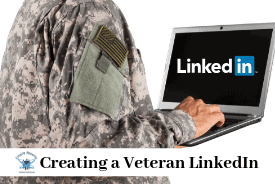 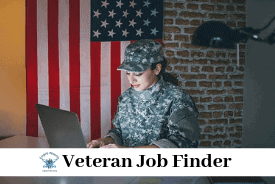 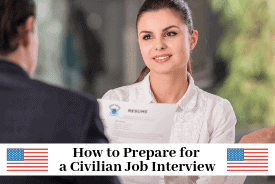 How to Prepare for a Civilian Interview