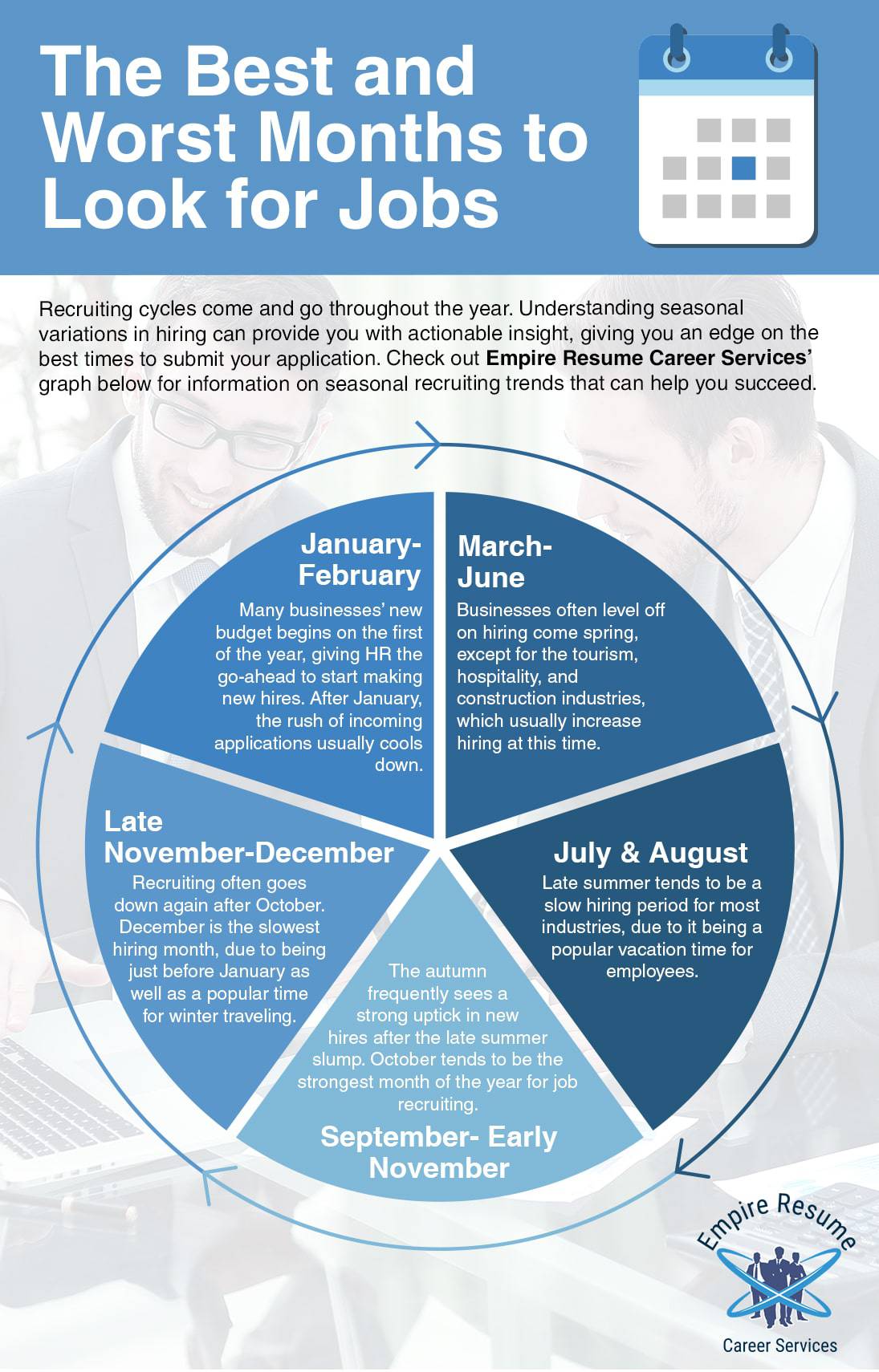 Recruiting cycles are when companies advertise their newly listed positions and receive applications for employment throughout the year. All recruiting decisions are based on the company’s budget. Many companies new budgets begin on January 1st and this is when the green light is given to start recruiting new candidates.

Seasonal variations in hiring mean that during certain periods throughout the year, employers are more likely to list new positions and will receive far more resumes and applications than other times.

According to the Job Openings and Labor Turnover published by the Bureau of Labor Statistics , the main hiring months for most businesses occur in January and February along with late September and October. Candidates who effectively apply and connect with decision makers during the start of these cycles will have the best chances of being interviewed and hired.

Demand for talent is often higher than the available supply during hiring periods in the first quarter of the year, which presents an opportune time to seek a new job. Executives Online conducted a comprehensive study that utilized internal data from multiple companies along with candidate registrations and revealed that November, February, March, May, June, and October are months when the number of new job openings exceeded the yearly average.

Springtime is when hiring starts leveling off with the exception of the construction industry, tourism, and hospitality, which has increased hiring during this time. Late summer and early winter tend to be the slowest hiring periods due to the increased role of vacations for many employees during the summer and holidays. 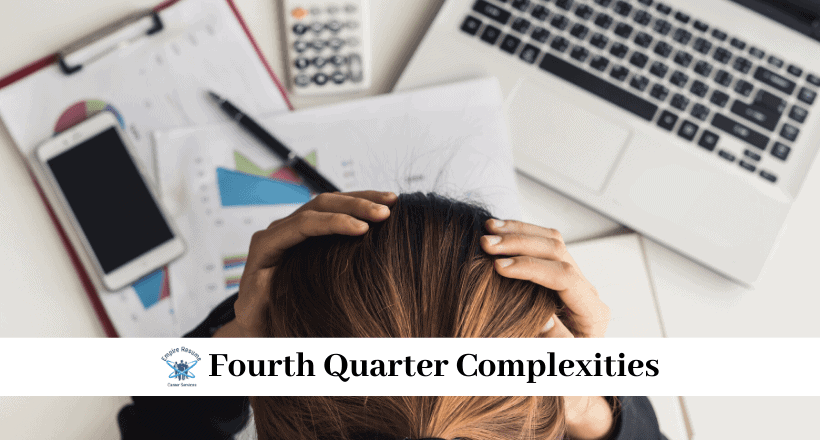 The fourth quarter of the calendar year is mixed with a sharp rise in recruiting during September and October with a precipitous drop heading into December. Human Resources (HR) often feel budgetary constraints during the last couple of months of the year and will not have the resources to recruit new talent. However, there will be a surge of seasonal/temporary workers needed for the holidays.

Applying in mid-January and February is considered an opportune time to apply for most positions since many companies have received new budgets/forecasts and are actively seeking new recruits. Early fall, during September and October, is when a second spike in the recruiting cycle occurs and applying for new jobs during this time can increase your chances of success.

Monster discovered that January is the busiest time of year for job applications with the number of applications exceeding the daily average by as much as 75%. Executives Online demonstrated that October is the strongest month of the year to apply for new positions and presents the best chances for success.

When Not to Apply

Many companies exhaust their HR budget by the summer and recruiters are no longer as aggressive in seeking new talent. Companies are typically preparing for the upcoming seasonal hires and are less likely to have as many new opportunities available.

Additionally, waiting until late spring/early summer may produce less desirable results since many good positions were filled earlier in the year during the January/February surge. The same applies for seeking for new opportunities after the September/October rush during November and December, which is when companies are gearing up for seasonal/temporary workers that are only required for a few months.

Hiring managers will decelerate their recruiting efforts until the beginning of the new year. 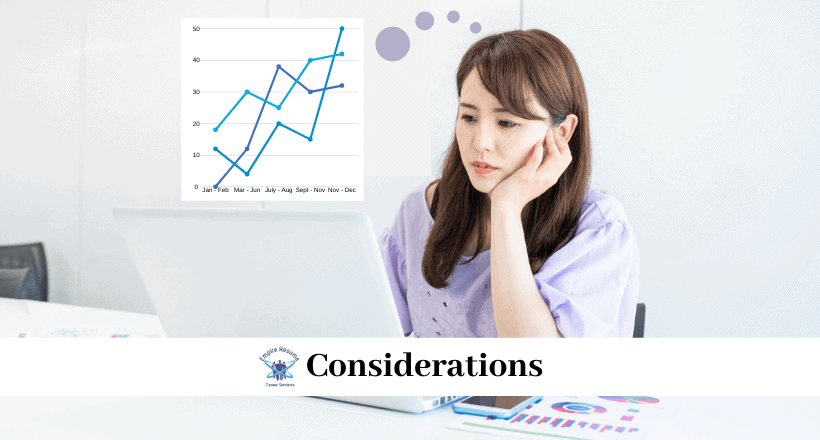 Although there may be more ideal times of the year to apply for jobs, people are always leaving/changing their jobs and new opportunities are always available. There is never a complete absence of recruiting new candidates; however, it’s important to be prepared to spend more time and diligence seeking new opportunities during the proverbial slower recruiting cycle.

The busiest hiring periods consistently occur in January/February and September/October with the slowest recruiting months in July and December. Applying in mid-January and February is considered an ideal time to apply for most positions since many companies have received new budgets/forecasts.

Additionally, seeking new opportunities during the early fall season in September/October presents another favorable time to apply for positions. Finally, be prepared to spend more time with your job search during late spring/early summer and early winter before the new year. 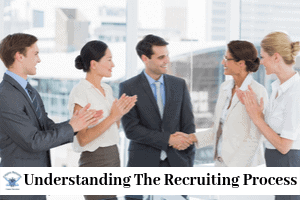 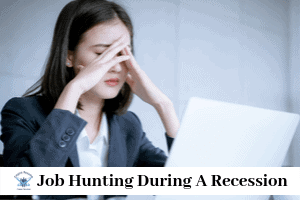 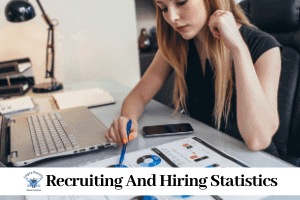