The Manufacturing Industry in Utah

Most of the news about manufacturing in the U.S. has been negative for many years. If you pay attention to manufacturing news, you’ll usually hear talk about jobs and companies going overseas and the industry declining.

But there is truth to the news reports about manufacturing’s decline in America. Less developed countries like China and Mexico are attractive locations to relocate factories because of the lure of low-cost goods and low-wage workers. U.S. federal policies also make manufacturing more expensive domestically – another reason why well-paying manufacturing jobs move overseas.

Manufacturing in Utah is Growing

Not every state has felt the same sting to its manufacturing industry, though. Utah, for instance, has bucked the trend of a manufacturing decline in recent years, and the Beehive State is one of the best in the nation for the industry.

Utah’s manufacturing and distribution industry experienced employment growth above 11% from 2011 to 2016, according to the state’s Economic Development Corporation. Some specific types of manufacturing fared especially well in Utah during those five years, such as motor vehicle and parts manufacturing, which increased its employment by 30%.

Workers should take notice. Manufacturing is one of the higher-paying sectors in Utah and there are plenty of job openings, as state manufacturing officials bemoan the fact it’s difficult to attract younger employees.

Todd Bingham, president of the Utah Manufacturers’ Association, told the Deseret News there are many misconceptions about modern manufacturing jobs and workers are wrong to think the industry isn’t a good long-term career choice.

“This is not your grandfather’s manufacturing industry,” Bingham told the Deseret News in 2016. “It’s evolving, high-tech and clean. It’s not dark, dirty and dead end.”

In this article, Empire Resume will delve into manufacturing in Utah, bringing you the answers to what jobs are available, how to get them, and the best companies in the state’s manufacturing industry.

Medical Manufacturing on a Hot Streak 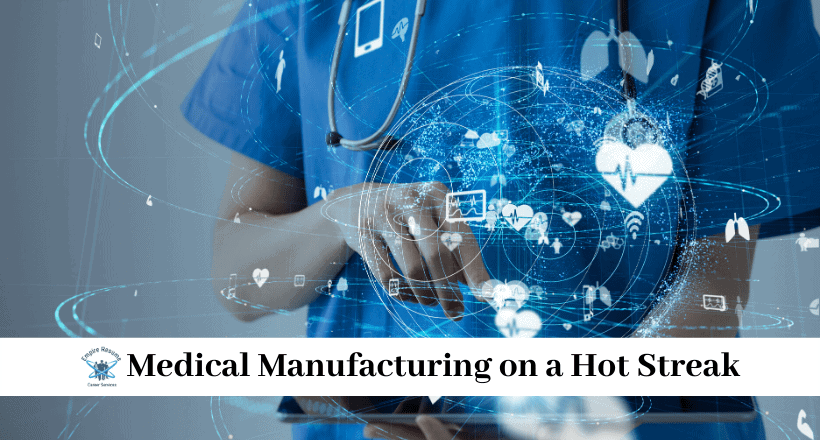 The Utah manufacturing industry had 4.7% employment growth in May 2019, tying it with Information Technology as the fastest-growing sector in the state in terms of employment. Manufacturing accounts for nearly eight percent of all jobs in Salt Lake and Tooele Counties, and the average monthly manufacturing wage in those counties is $5,262.

The Utah Department of Workforce Services breaks manufacturing down into several different categories within the state. The largest types of manufacturing firms in the state in terms of 2019 employment include:

The highest-paying types of Utah manufacturing firms in Utah in 2019 were:

Medical Equipment & Supplies Manufacturing is especially hot in Utah (and Salt Lake City, in particular) right now, as it’s the largest type of manufacturing employer in the state. Medical equipment manufacturers saw a 6.7% increase in employment from 2017 to 2018 and 250 medical manufacturers have their operations in Utah.

In terms of occupations in manufacturing, the highest-paying jobs in the Salt Lake City area include:

Utah has 4,583 manufacturing companies that employ 137,684 workers, according to the most recent figures from the state’s Department of Workforce Services. Many of Utah’s biggest and best manufacturing firms are in the Salt Lake City area, including L3 Technologies.

L3 is one of Utah’s largest employers in any industry, and the defense contractor and manufacturer is headquartered in Salt Lake City. The company began operating in Utah in the 1950s and it now employs approximately 3,500 people in Salt Lake City. L3 recently announced plans to create an additional 250 jobs in Utah over the next nine years and build a new $50 million manufacturing facility to replace its current facility.

Merit Medical Systems is another huge Utah manufacturing company that’s continuing to grow. Merit is a medical device maker that was founded in Utah in 1987 and has since become a giant corporation with facilities in seven countries around the world. The good news for Utah workers is that Merit’s global headquarters is in South Jordan, Utah.

Merit announced that it’ll expand operations in Utah and add up to 1,101 jobs over the next 15 years, which equates to a $505 million capital investment in the state’s economy.

Ultradent Products is a global dental manufacturing firm that had its humble beginnings in Utah in 1979. The company now employs 1,600 workers in 10 countries around the world, but its headquarters remains in South Jordan, Utah. Despite becoming an international company, Ultradent says it has kept most of its skilled manufacturing jobs in Utah and the U.S.

One of the major challenges Utah manufacturers are facing is filling skilled positions and attracting younger employees. Utah isn’t unique in this challenge – manufacturers across the U.S. are facing it and trying to dispel myths that workers can’t start a stable and bright career in the industry.

News media in recent years has referred to this challenge as the “manufacturing skills gap.” The National Association of Manufacturers revealed in a recent report that a record of 522,000 jobs remain open nationwide in the industry.

The Utah Manufacturers Association has done its part to promote careers in the industry. In 2017, the association ran a statewide outreach campaign called “Make Manufacturing Your Future” in which adult learners and high school students were educated about industry careers and statewide enrollment in technician-level manufacturing training was increased.

So, what does a career in manufacturing look like? It depends.

Two of the highest-paying jobs you can find at a manufacturing company are as an Operations Manager and Mechanical Engineer, which are two career paths that require extensive experience, certifications, and education. Other high-paying manufacturing jobs are occupations you’d find at any other type of company, such as IT Manager, HR Manager, and HR Generalist.

But the most common jobs at a manufacturing company are team assemblers, machinists, and the quality control category of inspectors, testers, sorters, samplers, and weighers. Here’s a description of each position:

Getting a Foot in The Door 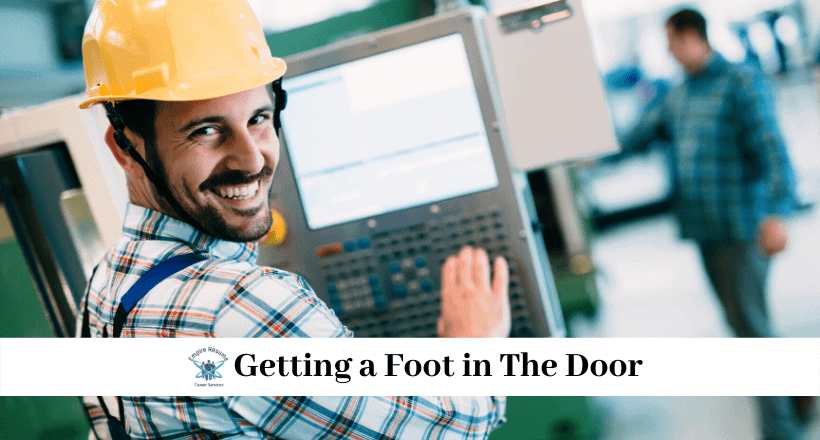 The good news about these three manufacturing occupations is it’s possible to obtain one at the entry level with little experience and the minimum requirement of a high school degree or GED. As Utah manufacturers look for younger employees and adult learners to fill skilled positions, there are plenty of opportunities to get your foot in the door.

Inherent qualities and skills like creativity, being mechanically inclined and having a positive attitude can go a long way in securing one of these entry-level manufacturing jobs, according to Paul Basquez, who worked as a recruiter for manufacturing positions for seven years.

Many manufacturing companies are willing to provide on-the-job training to new hires, as well as employer-sponsored classroom training on topics ranging from occupational safety to working on the assembly line. If you’re looking to get a leg up on the competition, you can also pursue a manufacturing-related college degree or voluntary certifications.

Machinists, for example, can benefit from completing a two-year associate degree or a four-year apprenticeship. Workers looking to land a job as an inspector could benefit from a certificate in computer-aided design, which is typically a six to 12-month program that teaches the basics of design setup, scaling, and modification.

Landing one of these entry-level manufacturing positions allows you to gain valuable experience and get a foothold in the industry. Workers typically advance their manufacturing careers by gaining voluntary certifications from organizations such as the American Society for Quality (ASQ). Quality control inspectors can earn a Certified Quality Inspector certification from ASQ, which increase their chances of advancing in the industry.

So, there are tons of manufacturing job opportunities in Utah and you may be thinking you want to chase one down. The next step is to create a winning resume and cover letter that’ll get you noticed by a manufacturing hiring manager, which Empire Resume can surely help you with.

Empire Resume suggests keeping your resume short for a manufacturing position. Ideally, keep the resume to one page. Two pages may be acceptable if you have a wealth of experience in the industry, but many manufacturing hiring managers like to see resumes that are brief and pack a punch.

If you’ve got experience or educational licenses, certificates or degrees, you should always list them on your resume. Pay attention to the job description and take note if any experience or certifications are required. Manufacturing companies also value teamwork, so be sure to describe your role as a good team player in previous job experience.

If you don’t have any manufacturing experience, there are other ways to position your resume to still make it attractive. Look closely at the job description and convey skills and experience you acquired at previous jobs that are highly transferrable to manufacturing, such as an excellent safety record, good attendance, production standards, or quality.

A terrific cover letter can also put you over the top when applying for a manufacturing job, especially if you’re lacking experience. Certifications and education are easy to list on a resume, but the cover letter is your chance to convey the soft skills manufacturing hiring managers are looking for, such as a passion for the industry, teamwork, and the ability to creatively solve problems.

Empire Resume can help with all these resume and cover letter writing challenges. Many companies today use Applicant Tracking Systems (ATS) to sort through resumes. An ATS screens resumes and sometimes denies them if they don’t include the proper keywords or formatting. Empire Resume has extensive experience and knowledge of ATS software, and we can optimize your resume to ensure it will be seen by a hiring manager. 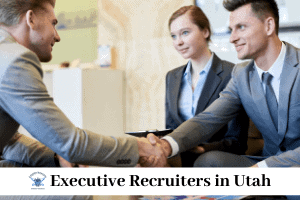 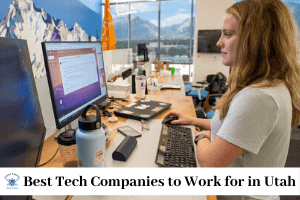