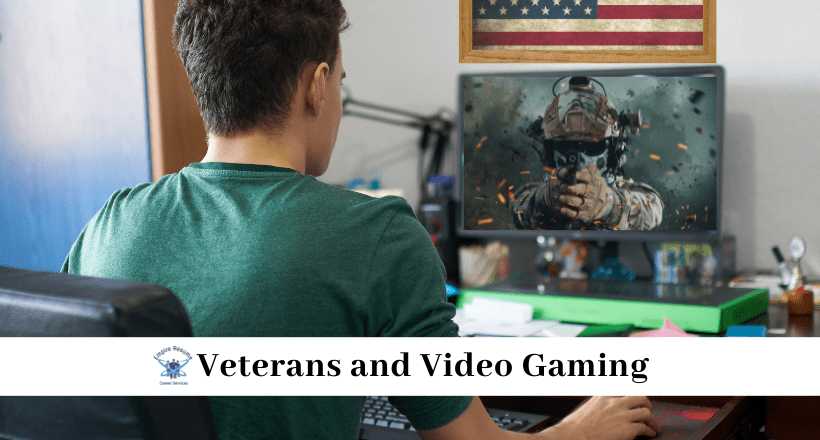 The United States video gaming market is projected to reach 80.9 billion dollars by the year 2025. Gaming culture has steadily permeated society and the military community is no different.  Video games have certainly evolved since the days of Pac-Man, Oregon Trail, Super Mario Brothers, and Doom. The all-popular e-sports and competitive gaming of today impact the military population on many levels, specifically Veterans.

At Empire Resume, the best military to civilian resume writing service, we strive to provide the latest and greatest information surrounding the military to civilian experience. That’s why we’re focusing your attention on the impact video gaming has on Veterans after a life of military service. In this article are 6 key takeaways concerning military and video games:

1. Video Gaming by the Numbers 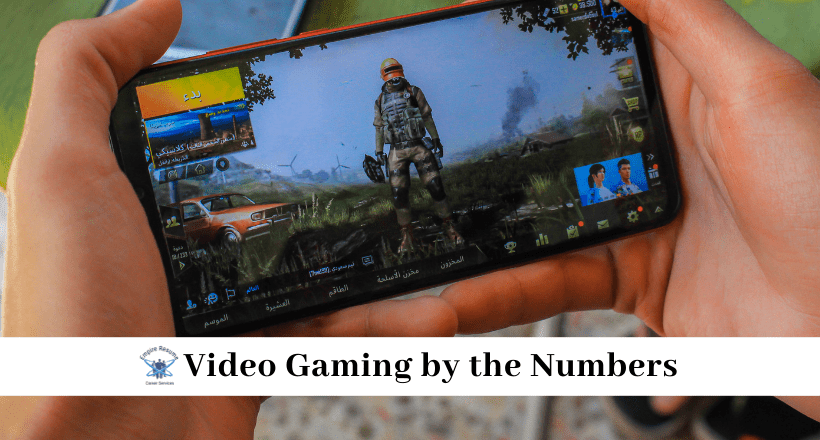 The U.S. is a nation that supports the power of play, and there’s a game out there for everyone. As if the billion-dollar video game industry isn’t enough to convince you, let’s look at video gaming by the numbers. According to the Entertainment Software Association (ESA):

2. The History of Video Games and the Military

American military and video games go together like peanut butter and jelly. Let’s briefly explore the history of video games and the military.

The entire gaming industry is built on technologies that were funded for military research that goes back to the 1950s with computers. The Pentagon has a long history of helping to create video games and using them as a means of preparing for the future of warfare. The U.S. military, for decades, has used video games as a tool for training.

Today, video games are used to recruit Generation Z, which poses a problem for military recruiters as we will discuss later.

In the meantime, you can learn more about the history of military gaming in an article from the Army.

For a long time, video games were solely an isolating form of entertainment. The thought of a person sitting on the couch, tapping away on a video game controller, and staring at a TV screen for hours is very much still a reality. However, for Veterans, the act of gaming is not always alone.

Gaming is now a form of networking for Veterans.

We always say Veterans should build their own support group as they transition out of the military into civilian life. Veterans across the nation are finding a new way to connect and socialize using a lifeline called video gaming. The shared interest in video gaming is powerful in bringing Veterans together for support. Within this community, information can be shared and understood in a comfortable, relatable setting.

In fact, the American Legion recently shined a light on VA benefits while targeting the gaming community in partnership with Regiment Gaming. The online gaming tournament event provided answers to military members under the age of 30 with burning questions surrounding VA benefits.

Unfortunately, many are not set up for success once they gain Veteran status, said Regiment Gaming founder Chris Earl, a U.S. Marine Corps Veteran. “Events like the workshop with The American Legion can fill a void for those transitioning from the military to the veteran community. There’s so much information out there, and a lot of these Veterans aren’t’ real well informed,” he says.

Learn more about how the American Legion is bringing veteran benefits information to the gaming community.

Looking for an amazing gaming community? Check out a few of the ones we found below:

According to the Department of Veterans Affairs, post-traumatic stress disorder is a significant and serious problem for many Veterans returning home from a tour of duty or transitioning back to civilian life.

Video games for these Veterans are more than just a game – they’re a form of therapy – a lifesaver if you will. Gaming has become a boost for a Veteran’s mental health. It’s a way for Veterans and servicemembers to combat stress, isolation, and bond with like-minded people.

Several Veterans have found solace in online gaming and are creating organizations to share peace of mind with others. Some benefits include:

Video games have helped Veterans overcome PTSD symptoms such as anxiety, substance abuse, and suicidal thoughts. Veterans can forget about what was bothering them because they give full attention to the game.

Some people may think it’s counterintuitive to play video games, considering the stereotypical first-person shooter games. If you think Call of Duty, Halo, and Gears of War are favorites among Veterans, you’re thinking wrong.

5. The Good and Bad of Video Gaming and Military Recruiting

Remember when we said that video games are used to recruit Generation Z? In New Methods in Recruiting for the Military, we discussed how phone calls and direct mail are out, and e-sports and virtual gaming tournaments are in.

Military recruiters have turned to the rapid growth of e-sports and virtual gaming, which had audiences of more than 443 million across the globe in 2019, according to Forbes Magazine.

Some recruiters are successful in connecting with potential recruits through popular video games such as Fortnite and Call of Duty. Military e-sports cyber teams have been formed to compete in events across the country to pull in recruits and make serving in the military appeal to Generation Z.

On the flip side, a recent news article suggests that Generation Z, or young adults ages 18 to 25, could be at a high risk of injury during boot camp due to a sedentary lifestyle.  Unfortunately, video games are to blame. Check out the Military Health System’s release, Why Today’s Gen Z is at Risk for Boot Camp Injuries.

Next, the Navy released an article saying how video games boost service member’s “cognitive performance” and their ability to think quickly and adapt to new situations. “People who play video games are quicker at processing information,” said Dr. Ray Perez, a program officer in ONR’s Warfighter Performance Department. “Ten hours of video games can change the structure and organization of a person’s brain. In the past few years, we have gathered data through research that backs that up. The data will eventually be applied for training to enhance warfighter performance.”

As we can see, video gaming can go from one spectrum to the next when it comes to the military.

In today’s world, it’s safe to say that video gaming is more than just a hobby. If you thrive in a fast-paced, high-pressure environment, gaming can be a way to gain top-tier employment. Let’s check out some of the jobs gaming Veterans can have:

Did you know that the US Federal Aviation Administration (FAA) needs 4,3000 new air traffic controllers over the next five years? The individuals who fill these seats come from an unexpected job group – gamers.

The US FAA is seeking to hire 18 to 30-year-old gamers for the next generation of air traffic controllers as part of its “Level Up” campaign, with an average salary of $138,556.

The Federal agency says gaming techniques such as concentration, spatial awareness and coordination transfer to the high-stakes role sitting in the control tower. New air traffic controllers like Marcus Brice says video games prepared him for the job.

The “Level Up” campaign is heavily recruiting gamers, women, and minorities. Learn more at faa.gov/levelup.

Military.com provided an amazing list of video gamer job opportunities with average salaries. Check it out below:

The audio components of video games are quickly becoming just as important as the visual aspect. Composers, sound engineers/designers, and audio programmers stand to make an impact on the industry.

Designers are responsible for the playability and “Fun Factor” of the game. Designers write, diagram, and document the details of the game. A team of designers work together to create elements of the player experience.

Production is one of the most difficult roles to describe, because there are many definitions of this position. A producer can lead and support the project simultaneously. It’s a challenging role, with big rewards.

If you’re new to the video game industry, you’ll probably want to start out as a junior programmer. You have to demonstrate your talent, ability to code and finish projects on time.

Along with the film industry, the gaming industry is one of the best places to expand your career as an artist. Traditional hand skills and digital know-how are required.

Gaming Jobs for Veterans at Activision

Activision is the leading worldwide developer, publisher and distributor of interactive entertainment and products on consoles, mobile and PC.

Visit careers for military veterans at Activision for more information.

If you’re interested in learning more about transferring your gaming skills to real-life experience on your resume, contact Empire Resume. We’ll help you build a military-to-civilian resume that’ll be sure to give your name, experience, and value a second look as you transition into the civilian workforce, even as a Veteran gamer!