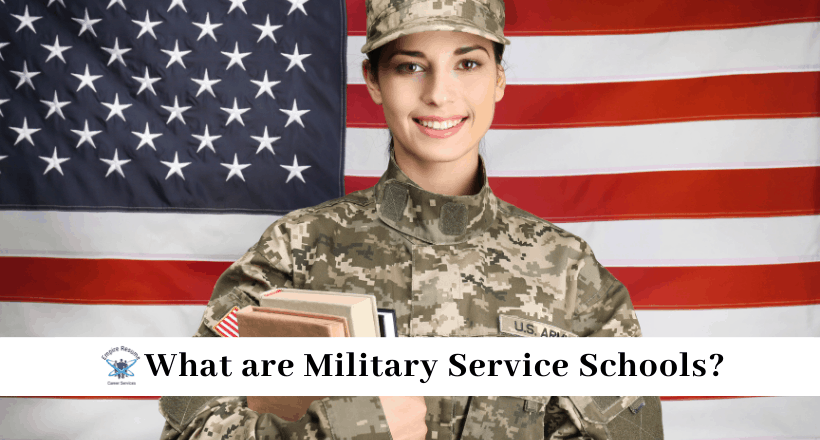 If you’re looking to serve in the U.S. military and also get an excellent college education, military service schools and academies are a great option. But there are several things you should know before applying.

First off, military school is a broad term that encompasses various types of academies, senior military colleges, and military junior colleges. There are also military schools that serve students in grades 9 through 12.

The U.S. has five military service academies, each dedicated to a different branch of the Armed Forces. These academies are highly prestigious and challenging to gain acceptance to. Following graduation, students are also required to serve a minimum of five years in the Armed Forces.

Senior military colleges, junior colleges, and military schools all have different admission requirements and goals. But the common theme with all military service schools is they provide students with military training in a disciplined and conservative environment.

Empire Resume will delve into the major military service schools and tell you what your options are, the benefits of attending one, and the various military obligations following graduation. 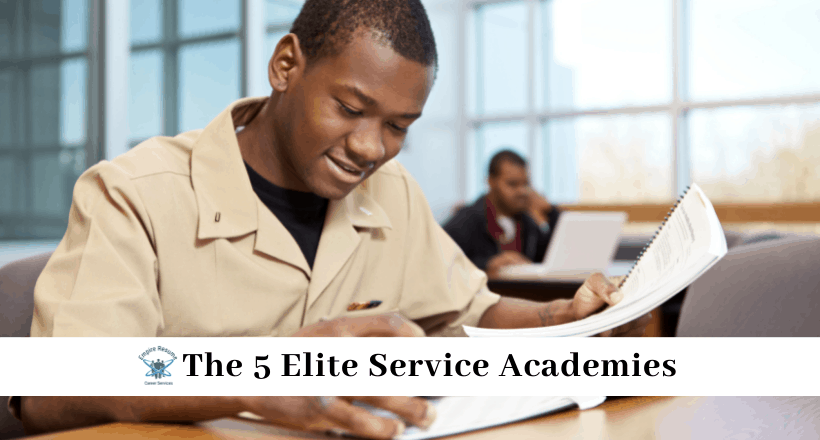 Want to be commissioned as an officer in the U.S. Armed Forces? How about getting a scholarship for higher education that covers all tuition, room and board, and medical and dental care?

This is the fantastic deal students get if they’re accepted at one of America’s five elite military service academies. But only the very serious need apply – competition is fierce, and admission standards are rigorous.

The 5 U.S. service academies are:

A step down from the five elite U.S. military service academies are senior military colleges. There are only six of them in the U.S. They are:

Students can become part of a Corp of Cadets and live in an immersive military environment that requires a strict schedule, rules, and physical and military training. Cadets wear uniforms at all times and are subject to a cadet code of conduct.

Senior military colleges are still four-year, degree-granting institutions, though, and not all students are cadets. Graduates of these schools and ROTC programs have the option to accept a commission in a branch of the U.S. military.

Another option for students is Military Junior Colleges. The admission requirements at these schools aren’t as strict, and it allows students to become commissioned officers in the Army Reserves. Graduates also receive an associate’s degree.

These are the four military junior colleges in the U.S.:

To serve as a regular officer in active duty, graduates from these schools must still get a bachelor’s degree at a four-year university. But students can continue to advance their military careers while doing so by serving as reserve officers.

There are about 66 military schools in the United States, and most of them serve students in grades 9 through 12. These schools are basically private schools with military curriculums and most of them are residential, meaning students reside on campus.

Military schools help build discipline and character in young high school students that prepare them for adulthood. Service in the U.S. Armed Forces isn’t required for graduates, but attending military school is a smart move if you’re looking to be accepted to one of the five elite service academies.

Many military schools for high school students also have JROTC programs (Junior Regular Officer Training Corps) that expose young students to the possibilities of military service. JROTC is a federal program sponsored by the U.S. Army.

Benefits that Last a Lifetime

No matter what type of military education you pursue, there are various benefits that last a lifetime. Of course, it’s challenging to get accepted into the five elite U.S. military service academies, but don’t let that stop you from trying.

If you’re looking for a career in the U.S. military, gaining some type of military education is ideal. But remember, not all military schools require service in the Armed Forces after graduation.

A military school education builds character, teamwork skills, and discipline in young students. And even if you don’t serve in the Armed Forces after graduation, the skills learned from a military education are highly transferrable in the civilian world.