Sometimes called the Merchant Navy, the Merchant Marine consists of civilian vessels like tankers and cargo ships that export and import goods and products to other countries. America transports about 75% of its trade goods by sea, so mariners that serve on the vessels are vital to ensure the goods get to their destinations safely and on time.

Mariners, also known as water transportation workers, can be pilots, mates, captains, or seamen, and they all play an essential role in ensuring the travel of commercial U.S. vessels. And a fun fact: The popular, old-time cartoon character, Popeye, started as a Merchant Mariner first before joining the Coast Guard!

Empire Resume will tell you what you need to know about the Merchant Marine, including how to join and some of its rich history. 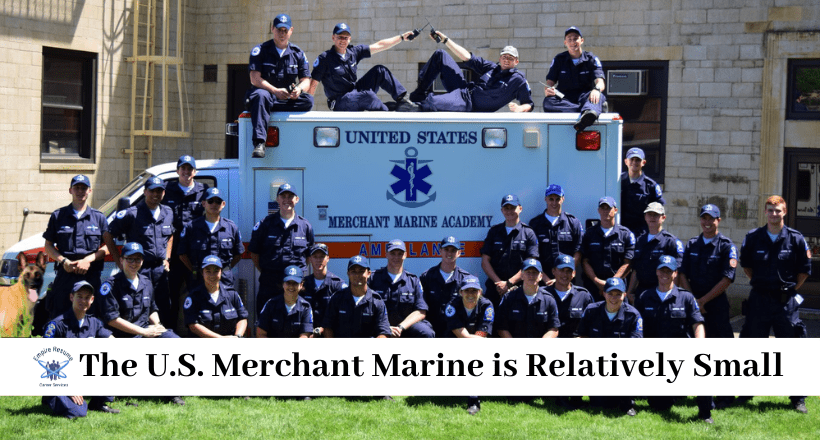 Merchant Marines are a nation’s commercial ships; almost all countries, including the U.S. have one. Merchant marine ships can be privately or publicly owned; the term merchant marine also denotes the personnel working on and operating the vessel. Merchant ships transport people, manufactured goods, and raw materials.

Merchant fleets are vital economic assets for countries, contributing to a nation’s foreign-exchange earnings, promoting trade, and providing employment. Unfortunately, the U.S. Merchant Marine is relatively small compared to other countries. The total civilian merchant fleet of the U.S. is 393 vessels, which ranks 27th in the world. Russia is 11th with 1,143 merchant ships, and China is 2nd worldwide with 4,052 ships. These numbers include privately-owned crafts and those owned by the federal government.

America has a unique federal agency for the Merchant Marine. The U.S. Maritime Administration, under the Department of Transportation, handles all programs and finance of America’s Merchant Marine. This includes training the officers and crew on the nation’s merchant ships.

By the end of World War II, the U.S. was operating nearly half the world’s merchant marine ships, and Great Britain managed another significant share of the vessels. But both countries’ merchant fleets declined steadily following the war. 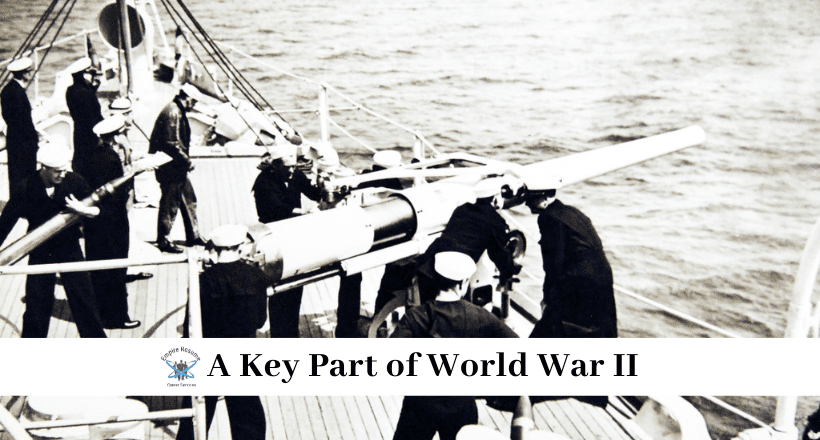 The history of the U.S. Merchant Marine goes back to the roots of the country. And although the Merchant Marine isn’t part of the military, it has played a role in many American wars throughout history.

The first wartime role of the Merchant Marine happened in 1775 in then-Massachusetts during the Revolutionary War. Then, the Continental Congress and various colonies used privateers to interrupt the British supply chain along the eastern seaboard of the U.S. and across the Atlantic Ocean.

The Merchant Marine also played a critical role during World War II. About 243,000 mariners served in the war, and 9,521 died, a higher proportion of those killed than any other U.S. military branch. About 733 Merchant Marine ships were sunk in the war, and the Japanese captured more than 600 mariners and kept them as prisoners of war. Six ships manned by merchant mariners were also sunk in 1941 before Pearl Harbor, so the mariners were some of the first Americans killed during WWII.

Merchant Mariners risked their lives supplying the military with the tools and supplies needed to win WWII. But much of the logistical work was behind the scenes and there were public misconceptions over their service status, which led to mariners failing to receive much-earned recognition through GI Bill benefits. It wasn’t until 1988 when U.S. District Judge ruled that mariners qualified as veterans and could be regarded as veterans eligible for GI Bill benefits. The Merchant Marine provides many options for roles and career paths for those who would like to join. Three possible options are in the engineering, deck, and steward’s departments. It’s advised to choose your career path and consider what role you’d like because that will determine the requirements for the merchant mariner credential you must earn.

The engineering department includes engineers, electricians, mechanics, and oilers who ensure the machinery on a vessel operates correctly. Members of the deck department include seamen and lifeboatmen who assist with the day-to-day functions of the vessel. And in the steward’s department, members help with and cook the ship’s food.

How long it takes to become a mariner depends on what role you’re looking for. A person who joins the merchant marine as an ordinary seaman may become one after passing the courses and exams and receiving the required credentials, which may only take a few months. If you go through the apprenticeship to become an officer, the training could take two years, though much of it is done during sea time. If you go to a Merchant Marine Academy, the timeline could be four years or more.

There’s a Merchant Marine age limit, as 16 is the youngest age a person can join. However, requirements vary with shipping companies, and some may require you to be at least 21 years old. Also, you’re never too old to join the Merchant Marine. Some mariners have retired from their first careers and gone on to rejoin and start a second career as a Mariner.

Civilian Service to be Proud of 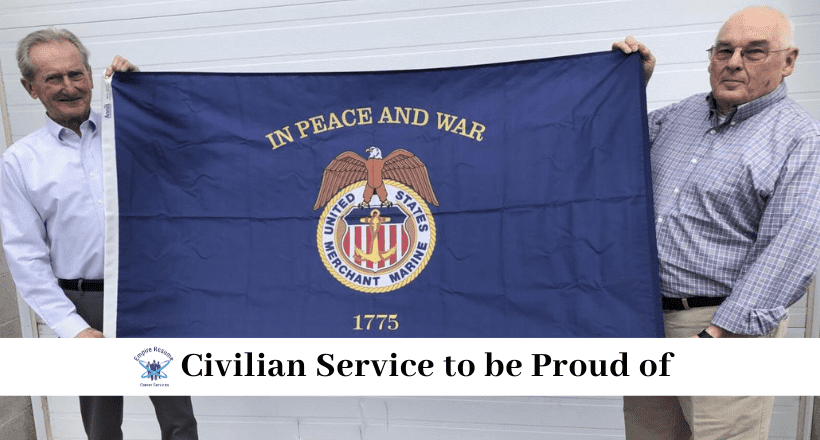 The United States Merchant Marine is a maritime service that most Americans know very little about. Although Merchant Mariners are civilians and not part of the U.S. Armed Forces, they have been called on during times of war throughout the nation’s history. Perhaps the mariner’s most significant contribution to America came during World War II when many in the Merchant Marine died while providing essential logistical help that helped win the war.

Joining the Merchant Marine can take many shapes and forms depending on the type of position you’re looking for. In many cases, you can become a mariner as young as 16 years old and serve for as long as you’d like. The Merchant Marine may be for you if you’re looking for a type of government service close to the military but still a civilian role.

Stay tuned to Empire Resume’s blog for more helpful articles about military life and transitioning to civilian employment, such as Working on a Utah Military Base, Tips for Veterans Who Freelance, and 5 Steps Veterans Must Take to Avoid Covid-19 Scams. 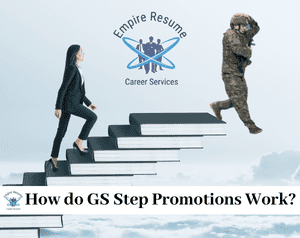 How do GS Step Promotions Work? 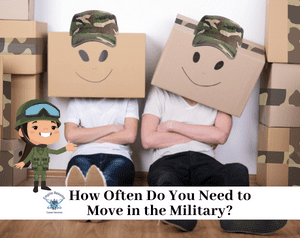 How Often Do You Need to Move in the Military