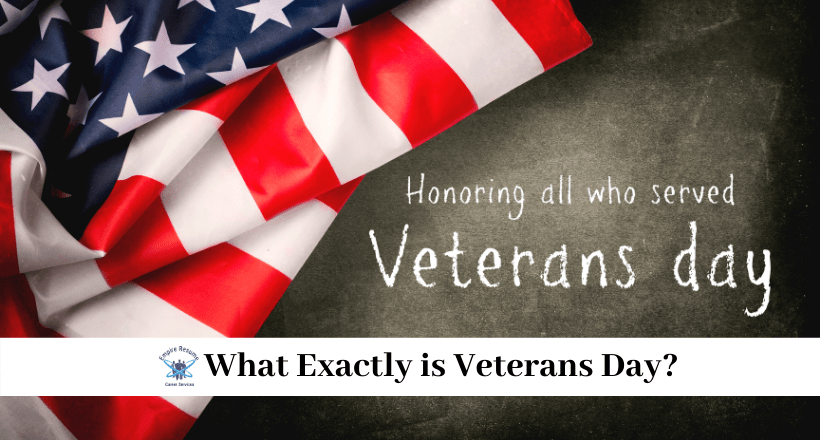 Military veterans like you hold special places in the hearts and minds of Americans everywhere, thanks to the heroic acts of the fallen during World War I. For their selfless service, we officially commemorate their sacrifices by observing Veterans Day each year on November 11.

But we’re not alone in paying homage to those who dedicated their lives now and, in the past, to protect the freedoms of this country. This day is celebrated throughout the world in Canada, the U.K., France, and Australia.

At Empire Resume, we know what it’s like to be in a veteran’s shoes. And, it’s not just because we work closely with veterans to help them snag jobs.  It’s because we’re a veteran-owned company founded by Dr. Phillip Gold, a U.S. Air Force Veteran.

Since Veterans Day is this week, our team gathered some information on its history and found interesting facts about this special day that we all love. Last, but certainly not least, we also provide insight on where you can find those veterans discounts all week long.

As we take time to focus on the meaning of Veterans Day, let us remember that the world stops to honor those who served and express gratitude.

Part of a speech comes to mind when we think about Veterans Day. “Duty, honor, country – those three hallowed words reverently dictate what you out to be, what you can be, what you will be.”

General Douglas MacArthur spoke these words during a speech to the Corps of Cadets at the U.S. Military Academy in 1962.  The speech still rings true to this day. In fact, it is the West Point motto.

The History of Veterans Day 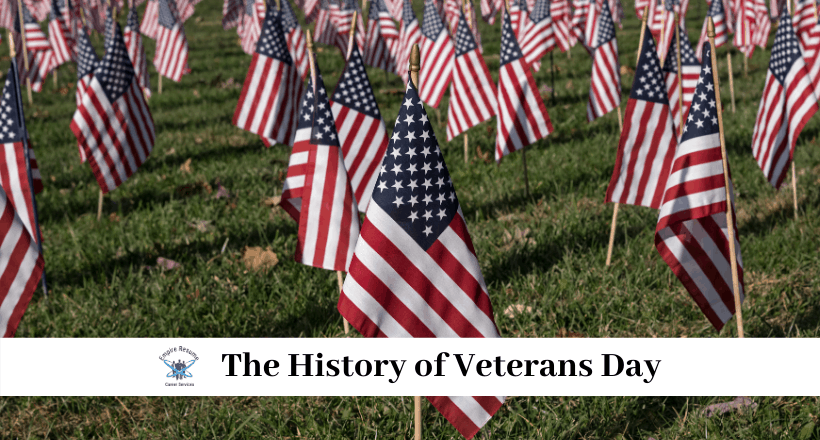 We don’t claim to be military history buffs, but if you’re wondering where Veterans Day got its start, don’t worry. Here’s a brief run-down of how this day was formed:

How to Celebrate Veterans Day

When we say celebrate veterans, we mean it. There are several ways people show their appreciation to service members for defending the freedoms bestowed upon us all.

For example, across the United States, parades are held solely in honor of veterans. At the Arlington National Cemetery, the president holds a ceremony. There’s a wreath laying at the Tomb of the Unknown Soldier at 11:00 am.

A moment of silence is observed as a remembrance to veterans who served in both war and peacetime. Also, the U.S. flag is displayed and waved on this day to show patriotism, and citizens are encouraged to fly POW/MIA flags and flags of military branches in support of veterans.

Many events such as football games or church services recognize former and current service members by making an announcement and allowing veterans to receive a standing ovation from the audience. You may even see an aircraft flyover.

No matter the shape, form, or fashion you decide to celebrate Veterans Day, you can never go wrong if you reflect with a sense of gratefulness and dignity.

The Difference Between Veterans Day and Memorial Day

Veterans Day and Memorial Day are similar holidays honoring the United States military, but the two possess a significant distinction aside from the day they land on the calendar.

Being celebrated on last Monday of May, Memorial Day honors and glorifies fallen men and women who died while in the line of duty. As a solemn occasion, it reflects on those who gave the decisive sacrifice while defending and protecting the nation they deeply loved.

While Veterans Day is celebrated on every 11th day of November, it recognizes every member who served in the United States Armed Forces.

If you’re looking for the best deals, discounts, and offers for veterans and even active duty service members, look no further than the Veterans Day 2020 Deals, an article on Parade.com.

This article contains a list of 72 places to get deals, freebies, and discounts ranging from meals, to coffee, and more.  You’ll find Starbucks, Red Robin, Chili’s and Apple Bees.

And, if you’re a veteran, active duty member, or recently transitioned into civilian life, and you’re seeking employment, don’t forget to stop by Empire Resume. We offer a $25 military discount on our resume writing services to honor all servicemembers.

Be sure to contact our certified resume writing professionals today at info@empireresume.com or 801-690-4085 to discover how we can help you get the job you deserve.

Veterans Day will always be celebrated to show honor, love, and respect to veterans of the United States Armed Forces. This is because American freedom isn’t free, as it was bought with the blood of its ancestors who fought for it.

Now, over to you. What will you do to honor yourself and other great men and women who are so deserving this Veterans Day?