What Happens During Basic Training? 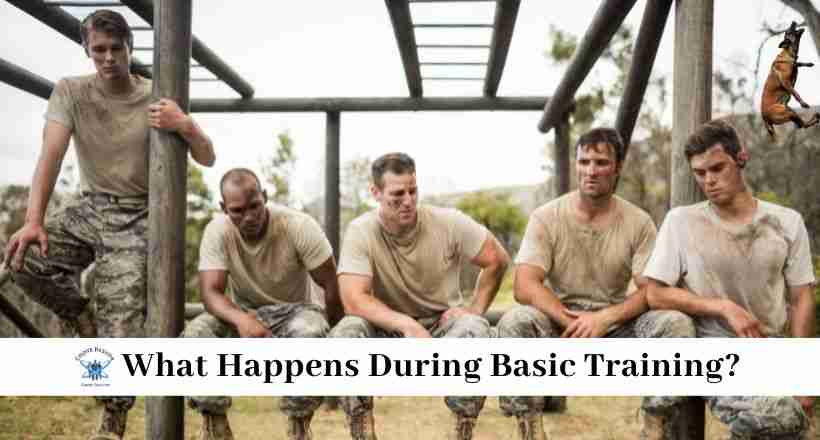 Basic training is the initial instruction of new military members, also known as boot camp or military recruit training. Every branch of the U.S. armed forces has it, designed to be physically and mentally intensive. The whole point is to re-socialize recruits for the unique demands of the military. In other words, turn civilians into soldiers.

Boot camp is usually between 6 to 13 weeks of highly intense military training that will be conducted at one of several U.S. military training centers throughout the U.S. Depending on the service branch, it could be anywhere from California to New York. Drill instructors teach recruits how to care for themselves and others, function as team members, and achieve success.

If a recruits succeed, basic training develops them into mature and disciplined military service members. Drill instructors are responsible for ensuring recruits are ready to meet every day military challenges, from the dangers of the battlefield to life at sea (depending on the military service branch, of course). Training includes first aid, marksmanship, battlefield tactics, and other related topics.

Empire Resume will tell you all you need to know about basic military training, including how to survive it and what to expect. 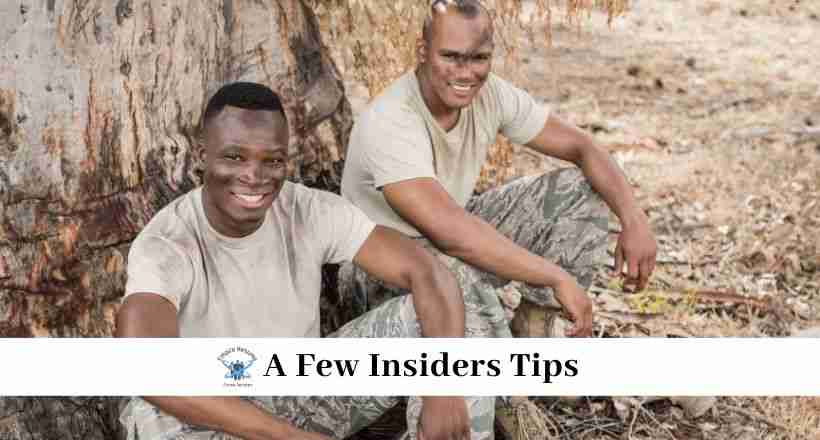 Basic training is a challenging process that all military members must undergo. It is designed to push recruits to their physical and mental limits, creating a sense of camaraderie and instilling a strong sense of discipline.

During basic training, recruits must complete intense physical activities, such as running, obstacle courses, and calisthenics. They must also learn how to properly use military weapons and other equipment and memorize a large amount of information.

Furthermore, recruits must learn to follow orders quickly and precisely, and they are often subjected to strict punishments if they fail to do so. All these factors combine to make basic military training an extremely challenging experience but one essential to successfully integrating into the armed forces.

A few insider tips from military veterans should be kept in mind. First: basic training is primarily a psychological mind game. It’s designed to turn you into a soldier and less of a civilian. Thousands of young men and women have gone through it before and survived, so just roll with it, no matter how demanding.

Remember to always keep a good attitude. Everyone gets chewed out in basic training, even when they’re doing well. The chewing out from drill instructors won’t last after you graduate boot camp. Also, never make excuses. Unless you’re explicitly asked to explain yourself, explanations are seen as excuses. Just say, “Yes, sir,” and let the drill instructor chew you out.

Follow orders exactly as they were told. Do precisely what you’re told to do, when you’re meant to do it, and how you’re told. Don’t be creative. Lastly, if you’re right on time, you’re late. Always show up where you’re supposed to be at least five minutes early or expect to face punishment. 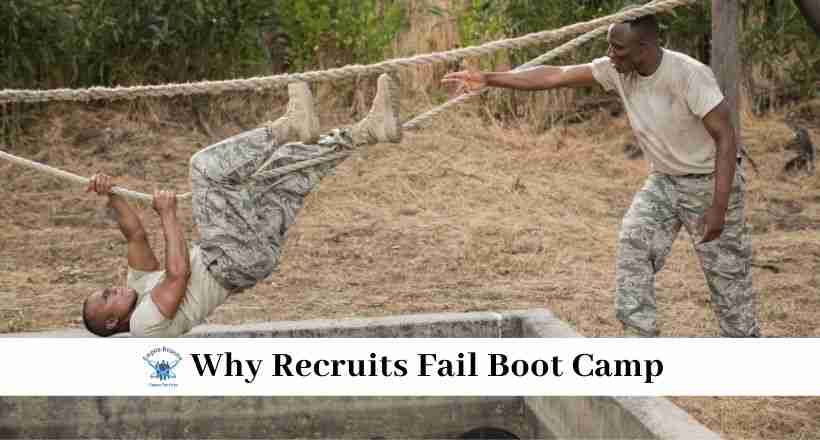 The tips we just provided should help. But remember, it’s always possible to fail basic training. It happens to 15% of military recruits every year. Many people think it’s impossible to fail boot camp, but they’re wrong.

Basic training is a challenging process, and it is not uncommon for individuals to struggle during their time in the program. Those who do not meet the standards set by the military may be discharged from the program and not allowed to continue.

The standards for success in basic military training are high, and those who fail to meet them may be asked to leave the program or be reassigned to a different role. Those who fail may also be asked to repeat the training program or be given an alternate assignment. Those in basic military training must take the process seriously and strive to meet the military’s standards to ensure success.

According to many who have been through boot camp, the top reasons recruits fail are too much ego and not joining for the right reasons. Let’s explain these reasons in more detail.

Some recruits think they’re great and don’t have to attend boot camp. They talk about their excellent grades, combat skills, and troubles with authority. For example, one recruit spoke about how he would fail boot camp because he’s “too tough,” and his subconscious fighting skills would take over if he got yelled at by a drill instructor.

This is precisely the type of egotistical maniac that wouldn’t survive basic training. Basic training is designed to make you a team member and a teachable person, so humility is essential, and so is following orders. All your so-called skills and qualities are thrown out the window.

Others might join the military for the wrong reasons. They think it’s a great way to repay college loans or that it might provide some structure in their life. But if you’re not joining because you want to serve your country, your chances of failure may increase. Mentally, you’ll have a hard time understanding why you’re there, and when the rigors of boot camp get bad, you may simply quit.

The Tools to Succeed 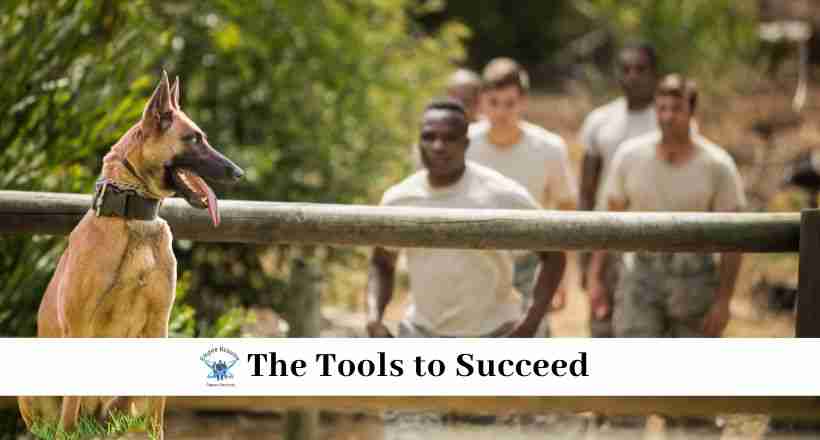 Basic training is essential for any soldier. It provides the necessary skills and knowledge needed to succeed in the military. Basic training teaches soldiers how to obey orders, respect authority, and work as part of a team.

Additionally, it instills discipline, mental toughness, and physical fitness. Basic training helps soldiers develop the confidence to face difficult situations and make sound decisions. It teaches soldiers the importance of following protocol and regulations and the value of self-sacrifice and loyalty to their country. Finally, basic training is essential for soldiers to build camaraderie and form lasting relationships with their fellow service members.

While boot camp may be challenging, and not everyone will survive, you’ll feel great if you make it through. It will give you the tools and mindset needed to be an excellent military servicemember and set you up for success.

Stay tuned to Empire Resume’s military-to-civilian blog for more insights, such as articles like Veteran Recruiting, Creating a Veteran LinkedIn, and Why Veterans Make Good Employees.

Dr. Phillip Gold is President/CEO of Empire Resume and has extensive experience writing resumes for professionals and servicemembers transitioning from the military into civilian roles. He served as a Captain in the U.S. Air Force and was responsible for leading nuclear missile security. Phillip is a Certified Professional Resume Writer and holds a B.A. in Communications from The Ohio State University, an M.S. in Instructional Technology, an MBA in Finance, and a Ph.D. in Finance. 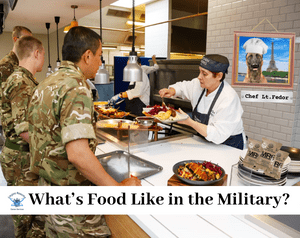 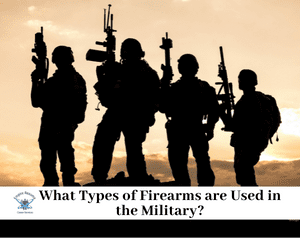 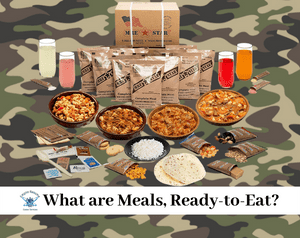