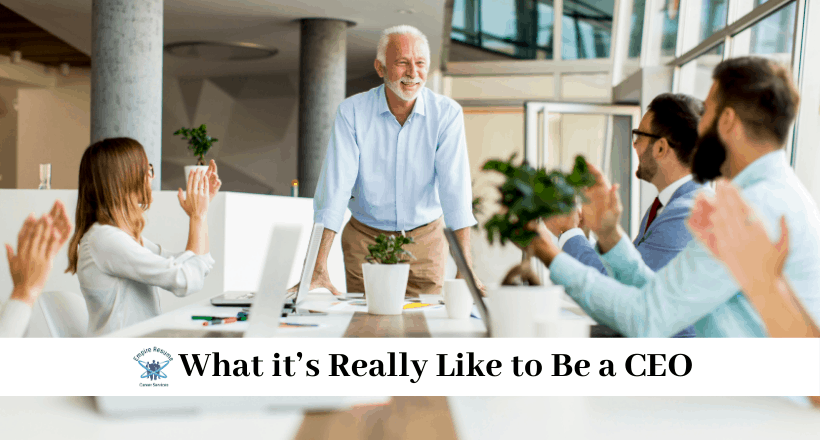 If someone were to ask you to name a Chief Executive Officer (CEO), then you might immediately think of Jeff Bezos, Tim Cook, or Elon Musk. They are the CEOs of Amazon, Apple, and Tesla, respectively.

While those three names tend to dominate business headlines, there are actually more CEOs in the United States than you might have realized. The latest figures from the U.S. Bureau of Labor Statistics, indicates that there are more than 200,000 CEOs in this country trying to lead their companies to success.

Demystifying the Role of CEO

Whether you have dreams of becoming a CEO or you just want to understand what your company’s CEO has to deal with, this article will peel back the curtain to reveal what it’s really like to be a CEO.

Here are 8 aspects of being a CEO that you may have never even considered.

1. You get all the credit, and all the blame.

As CEO, the buck stops with you no matter what the outcome. Clients unhappy? Shareholders upset? Employees unmotivated? It’s your fault and you need to fix it. Hopefully you have a leadership team in place who can help you, but ultimately, it’s on you.

On the other hand, if there are successes, then people will praise you. But remember, as a great leader, you should refrain from taking all (or any) of the credit and instead highlight those on your staff who contributed to excellent outcomes. 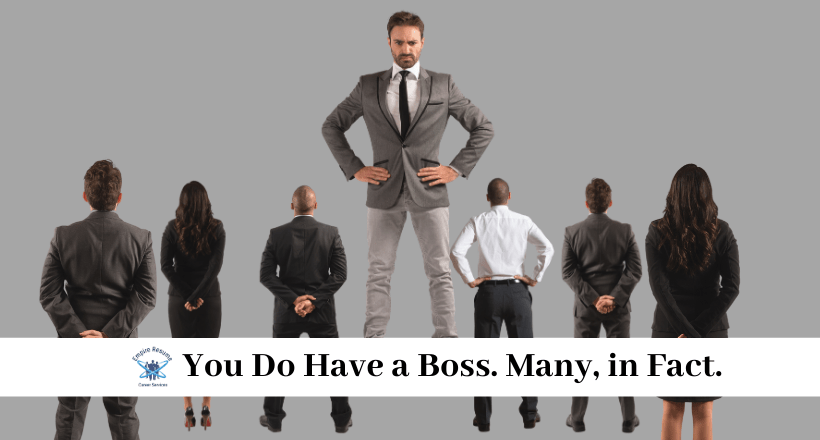 You may think that as the CEO, you answer to no one. That’s not true, especially if there are stockholders.

Stockholders are investors in the company. They have the right to elect a board of directors who in turn appoint a CEO. Stockholders don’t get involved with the daily operations of a company, but their constant presence influences the CEO’s decisions.

If the stockholders are unhappy with the performance of the company, then they can sell their stock, pressure the board to replace the CEO, or even take legal action in certain instances.

3. You make a lot of money, sometimes.

CEO wages has been a controversial topic recently, with Bezos and Musk reportedly making billions of dollars, but their salaries are far from typical.

The mean annual salary of a CEO is actually $197,840, according to the Bureau of Labor Statistics. It’s certainly not billions of dollars, but still, it’s a nice salary. However, even that salary isn’t always the norm.

This is especially true if you’re the founder and CEO of a startup company. As CEO of your own company, you’re often working for free while you try to create a profitable business. Even when you do start making money, you’ll pay employees, vendors, creditors, and taxes before a penny of profit hits your pocket.

Oftentimes, employees see the company bringing in steady revenue and assume the CEO must be getting wealthy. But the more common scenario is that the CEO is worrying about keeping the business afloat while foregoing a salary.

4. You’re always on the clock.

Your employees might check out at 5:00, but as CEO, you’ll always be expected to be available. If there’s a big problem in the middle of the night, then you’ll get the call.

Weekends will likely be spent preparing for the following week, catching up on the previous week, or getting through mountains of emails. You’ll even dream about work.

5. Meetings are a fact of life.

A CEO in a major company is spending most of their time in meetings. They’re getting updates from their team on important projects, outlining new priorities, or coming up with solutions to problems.

In many ways, meetings are the “work” of a CEO. So, if sitting in rooms and talking to other people all day isn’t your idea of a good time, then think twice about becoming a CEO.

6. You are the company culture.

As CEO, the company becomes a reflection of who you are as a person. If you value respect, communication, professionalism, and inclusiveness, then the people you hire and the people they hire will tend to have those same attributes.

If you see that the company is rife with competition, high turnover, and backstabbing, then you need to take a hard look at yourself and ask why that negative company culture has emerged.

7. You must be decisive, and be right, most of the time.

Think about a big decision that you made recently. Now think about making similar decisions 100 times a day, every day of the week. That’s what it’s like to be a CEO.

CEOs need to make quick, confident decisions on a daily basis. Oftentimes, they don’t have the luxury of sitting around and mulling over their options. Their team needs answers immediately.

Some decisions might have low stakes, but far more often the decisions that CEOs make will have dramatic and far-reaching consequences. One wrong decision can lead to falling stock prices, upset customers, loss of market share, and the list goes on.

If you’re not comfortable making split second decisions in high-pressure situations, then being a CEO is not right for you.

As they say, it’s lonely at the top. CEOs often spend much of their time working alone late into the night. So, they not only need to be okay with being alone, but they need to actually enjoy being alone.

During business hours, there may be a lot of people around in a physical sense, but the vast majority of them won’t be able to relate to what a CEO is going through emotionally or mentally.

There’s nobody who worries more about the success or failure of the business than the CEO. There’s often nobody for a CEO to vent to about the problems of the business or its operational struggles. Most people aren’t able to handle this intense pressure.

Being a CEO is High-Risk, High-Reward

Hopefully you now have a better understanding of what it’s like to be a CEO. It’s certainly a high-pressure job with plenty of challenges. However, it’s the successful CEOs who bring innovative solutions to market, create jobs, and may leave a lasting legacy on the world.

Empire Resume can help you create a stunning resume to land your next job. We help all job-hunters, from entry-level to C-Level, and every resume we work on is fully optimized for ATS software. Call us today at 801-690-4085 or email us at info@empireresume.com for a free resume review!

How to Become a C-Level Executive

The Rise of the New C-Level Executives

How To Get Promoted