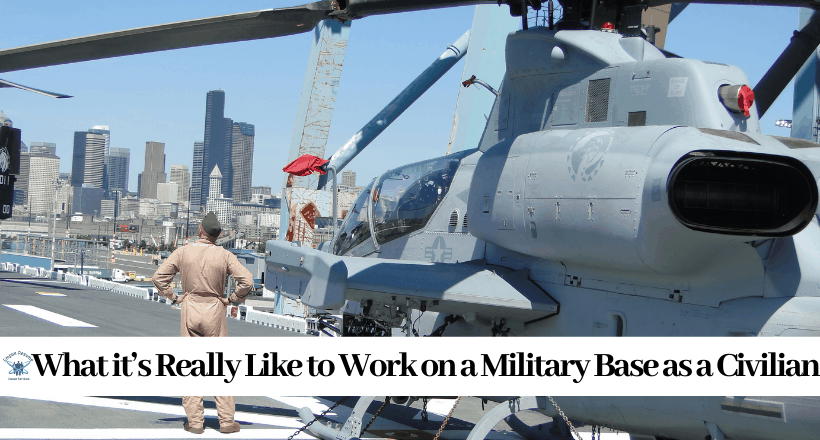 For those with military experience, it seems like it’s simple for them to find a job on a military installation. But if you’ve never served in the military, you too can find work in the exciting and fast-paced world of the U.S. Armed Forces.

Military bases have several job vacancies for civilians. That’s why the resume writing professionals at Empire Resume will describe what it’s really like to work on a military base as a civilian.

Consider base housing and essential services on military facilities such as restaurants, gas stations, the Exchange, known as the PX or BX, and barbershop and beauty salons.

So, who do you think work on military bases besides Soldiers, Airmen, Marines, Sailors, Coastguardsmen, and Guardians? Civilians of course. Without civilian support, many military facilities would not be able to function properly.

Eligibility Determinations for Working on Base as a Civilian

Working on a military base as a civilian is a lengthy process. Before you even think about searching for a job on base, it must be determined that you are eligible for civilian employment on base. And truth be told, the competition is steep.

There are three ways to be eligible to work on a military facility: a new hire, a transfer or a reinstatement. Many of these come with preferences, which allows employees to bypass some of the hiring process. 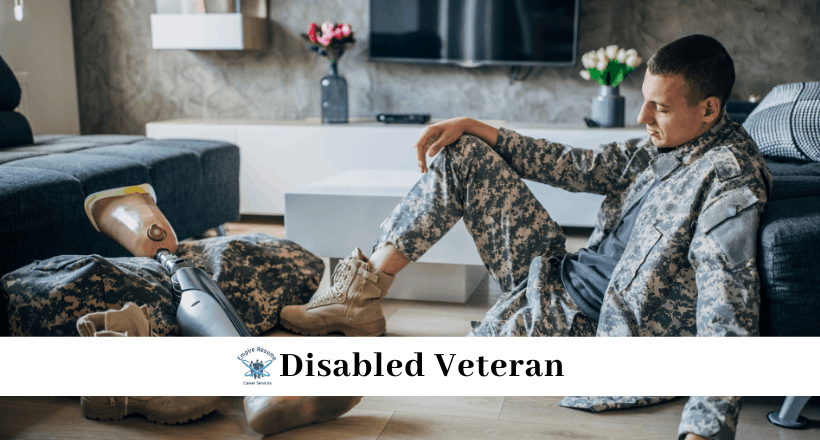 Working on base is completely different than working off base as a civilian. Below are some of the differences:

Civilian Job Categories on Base

These types of positions are funded by yearly congressional budgets. This money comes from the federal income tax and other federal taxes.

Appropriated funds are used to fund General Schedule or GS positions, like Civil Service jobs, and many of the jobs under the federal wage system.

The GS positions for federal civilian employees are equivalent to military pay grades. They are the white-collar, salaried positions regulated by federal law and administered by the Office of Personnel Management.

GS jobs are assigned a grade level from 1 to 15, according to the minimum level of education and experience needed for the position. For example, GS-1 jobs require no experience or education.

Jobs with bachelor’s degree and no experience may be graded a GS-5 or GS-7. Employees qualify for higher GS levels when gaining work experience. For more information, check out the General Schedule.

These types of positions are funded by other agencies not listed in a congressional budget. This money comes from the revenue earned by government agencies, organizations, and departments by means other than taxation.

For example, the State Department charges for passports and use the earnings for other purposes. These funds are known as non-appropriated.

Outside of these funded positions, private companies who provide support to the military, known as government contractors, often have employment opportunities on military facilities, and the employees are known as contractors as well.

Many civilian jobs on base require some sort of security clearance. Different jobs require different levels of clearance. For instance, high level jobs require a “Secret” level clearance, while basic jobs may require a background check at a minimum.

Keeping track of your personal history such as your addresses, past employment, and ex-spouse, can be helpful for background checks. You may receive one of three clearances when handling classified information on a military base:

No matter whether you’re working with the government directly or with a civilian contractor, you may need one of the above levels of security clearance. You’ll be required to complete a questionnaire and perform fingerprinting.

Other Aspects of Working on Military Base as a Civilian

The military has its own set of rules and guidelines, even for civilians in the working world on base. Below are some other aspects of working on base as a civilian:

In the civilian world, we address individuals on a first name basis. In the military, service members are addressed by their rank and last name.

It is helpful to have an understand of military rank and be able to identify enlisted members from officers. Use of the classic yes sir or ma’am or no sir or ma’am also applies.

Flags may also be lowered. It’s important, as a civilian, to respect this custom. If you’re driving, pull over and wait until the song stops playing. If you are out walking, you should stop and face the flag, if visible, or face the music.

Each day you work on a military base, you will enter through a gate and pass gate security. You will need your ID, which is also your Common Access Card (CAC) used to login to your computer.

Keep in mind that the military police at the gate may perform random vehicle searches which will require you to show driver’s license, registration, and proof of auto insurance.

Any civilian working on a military base should familiarize themselves with military time or the 24-hour clock. That way when someone says to be somewhere at 0800 hours, there’s no confusion, because it’s understood that this military time is the equivalent to 8:00 am in normal time.

The military date format is another aspect of working on base to note. The U.S. military normally uses the dd mmm yy format. For example, 03 JUN 21.

Finally, the military alphabet is commonly referred to in everyday military language. This phonetic alphabet solves the dialect problem in regular English and makes it easier for everyone to be on the same page when it comes to communicating.

The U.S. military uses the same phonetic alphabet adopted by NATO. For example, A is for Alpha, B is Bravo, C is Charlie and so on. Learn more at the guide to the military alphabet.

Military facilities work with a lot of formalities. Civilians will constantly hear reference to a document name or number, a publication or instructions.

While working on base, you should at least read or briefly scan each reference to keep abreast of changes or rules and regulations.

Empire Resume has helped thousands of candidates land jobs on military bases, including the Department of Defense, with our professional resume writing services.

As company founder, and Air Force Veteran, I’ve worked on military bases with civilians and have a clear understanding of what it takes for you to succeed while working on base.

Without knowing what’s needed in a resume and what hiring managers on base are looking for, it can be difficult to land a job on post. Our resume writing, LinkedIn profile writing, and cover letter writing will ensure the hiring manager give you a second look. Contact Empire Resume today for professional resume writing services that delivers results, guaranteed!

Working on a Utah Military Base