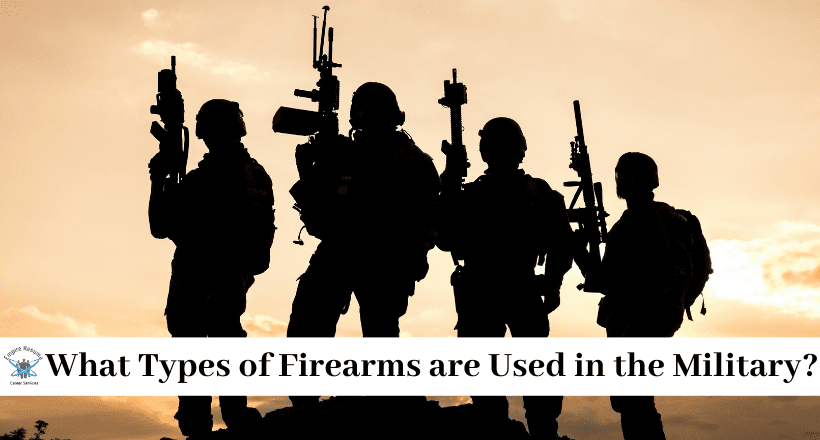 The U.S. military has the most sophisticated weaponry of any country on the planet. The nation has fighter jets, aircraft carriers, nuclear submarines, laser-guided missiles, and so much more.

But the first weapon we think of when picturing a servicemember is some type of firearm. The image of a servicemember with their firearm is seared into our collective consciousness, mostly through popular movies about the military.

In American Sniper, we see just how lethal a single Navy SEAL and his rifle can be. The most dangerous person on the planet is a Marine with his rifle according to the drill sergeant in Full Metal Jacket. And, in Forrest Gump the title character is praised as a “genius” for how quickly he takes apart and reassembles his rifle.

While these and countless other films show us that firearms are important to servicemembers, most of us probably don’t know too much else about them. In this article, we’re going to look at the types of firearms that are used in the military, and their unique characteristics.

Before we do that, however, there are a few key terms you should know. 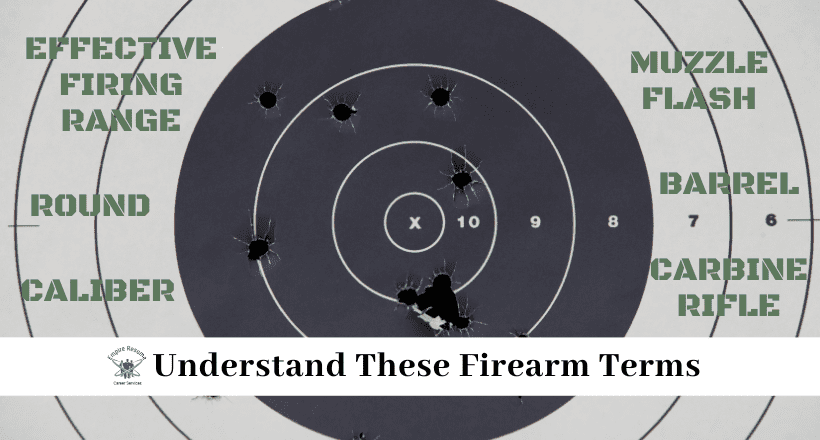 Knowing these terms will help you better understand the types of firearms used in the military.

What Weapons are Used in Basic Training?

No matter what branch of the military you might join, you can expect to be trained to use a few firearms during basic training. They include:

New recruits in the Air Force, Army, and Marine Corps are trained to fire this weapon during boot camp.

It wouldn’t be safe to practice shooting rifles on sea-going vessels, which is why Navy recruits in basic training are taught to fire a computer-generated simulation of the M16.

Recruits in the Coast Guard will receive classroom training on how to operate, disassemble, clean, and reassemble the rifle. Some Coast Guard recruits may have future roles that require them to handle M16s. Those recruits will receive further practical training as needed.

The M4 Carbine has a shorter stock than the M-16 and weight about six pounds, making it ideal for close combat where quick action, increased control, and easy maneuverability is essential.

Some Army recruits will be trained to carry the M4 Carbine instead of the M16. Many Marines will be certified to carry and operate an M4 during Marine Corps Infantry training after basic training.

The M9 meets many of the requirements the military wants in a sidearm. It’s reliable, accurate, easy to reload, and quick to fire. Each component of the weapon is interchangeable, allowing it to be built from the parts of other M9s.

In recent years, the M9 has started to be replaced with the M17 and M18 pistols, but these newer models aren’t standard issue quite yet.

The P229 is prized for its ease of use and quick disassembly for cleaning the pistol. It’s compact, weighs only six pounds and fires rapidly. It’s ideal for situations when quick deployment of a firearm is required.

What Firearms are Used After Basic Training?

After basic training, servicemembers will get trained on any number of firearms. Some branches of the military rely more on some types of weapons more than others. For example, Navy sailors don’t even carry firearms most of the time because they are on battleships and aircraft carriers outfitted with weaponry. Navy Officers is the exception. They carry the standard M9 pistol sidearm.

The list here represents what types of firearms most servicemembers use across each branch of the military and the special forces units.

Does the Military Really Use all These Firearms?

Not only does the military use all the firearms listed above in training and combat, but the list above isn’t even complete. The military is constantly upgrading weaponry, phasing out some weapons in favor of others, testing new models, etc.

However, the weaponry listed above does give you a good sense of what most members of the military use and for what purpose. It may seem overwhelming to civilians, but rest assured, the men and women of the military are trained to be responsible with these weapons and deploy them as needed in tense, high-pressure situations.