What Will it Be Like Working in the Metaverse? 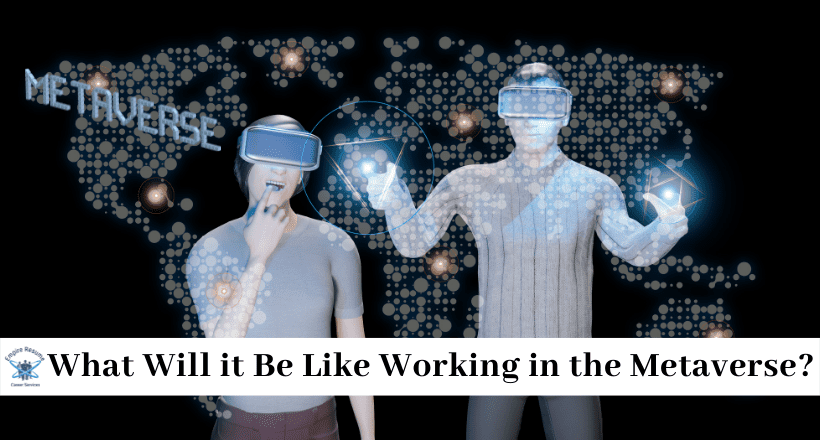 Since Facebook rebranded as Meta in 2021, everyone has been talking about the metaverse. The talk has been confusing because many people don’t know what it is or what impact it could have on the future.

In the late ‘90s and early 2000s, the internet was the buzzword that some people didn’t understand. But, of course, we all see how that worked out. You’re reading this article on the internet, and much of your work probably depends on it, especially if you’re working from home.

Many people say the same thing about the metaverse. We’re not quite there yet as far as the metaverse’s transformational impact on our lives and work, but we may not be too far away either. And just like how the internet totally changed the work world, some people argue the metaverse will do the same thing.

Empire Resume will explain what it will be like working in the metaverse, including what a virtual office could be like and the types of jobs that the metaverse could create.

What is the Metaverse? 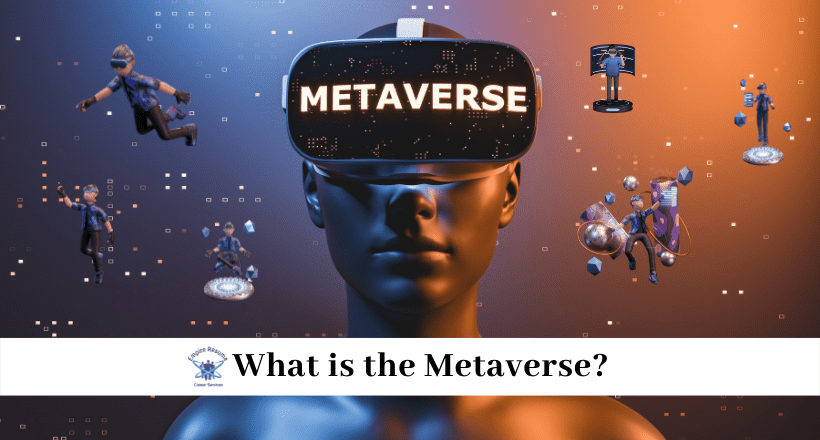 Before we dive in, let’s lay some groundwork and explain what the metaverse actually is. The term “metaverse” was coined in 1992 in a science fiction novel by Neal Stephenson called Snow Crash. The novel described a world that people could experience using virtual and augmented reality technology. The novel’s conception of the metaverse, in a way, laid out some basic concepts of what the metaverse has become.

Recent interest in the metaverse is linked with the development of Web3, a concept for a decentralized and more private version of the internet. However, keep in mind that “metaverse” and “Web3” are often over-used terms, exaggerated, and used for public relations purposes. There are tons of metaverse development happening today, and many huge companies like Meta (formerly Facebook) are investing large sums of money into it. But some observers still argue the hype about the metaverse is a little overblown.

For the time being, most metaverse technology is tied to online video games. Virtual world platforms like Second Life were created as far back as 2003, incorporating aspects of social media with three-dimensional worlds and users represented as avatars. Games like World of Warcraft and Fortnite are also metaverse worlds in their own way.

Second Life creator Phillip Rosedale described the metaverse in an interview with Wired as a 3D internet populated with live people. The social interaction in these 3D worlds is the most significant aspect of the many massively popular multiplayer online games, and they are somewhat of a blueprint of what working in the metaverse could be like.

Facebook changed its name to “Meta Platforms” in 2021, as we mentioned, and Mark Zuckerberg is doubling down on metaverse investment. It hasn’t been easy for the company so far, though, which is why some people have their doubts about the metaverse hype. For example, Meta lost more than $10 billion on metaverse development projects in 2021, and Zuckerberg recently said he expects operating losses from the projects will increasingly pick up in 2022.

How do You Connect to the Metaverse?

The metaverse is a 3D version of the internet. It’s all about immersion, says metaverse enthusiasts, who say that you’ll be “inside of it,” if that makes any sense, instead of viewing the internet. Specific hardware and software will be required to make this vision a reality, and much of this technology will have to advance significantly soon.

This dependence on virtual reality tech has limited metaverse adoption so far – we’re not quite there yet. High-performance VR headsets have struggled to achieve pixel density for complete virtual immersion, and headsets are often wired and bulky. They’re also way too expensive right now, costing as much as $3,500 in some cases.

There will also need to be tech developments in software to make the metaverse work. Most existing technology is primarily proprietary, holding development back because there are no standards for everyone to use. This is starting to change though. OpenXR is an open standard for access to virtual and AR devices and experiences, and it’s so far been adopted by Microsoft, Meta Platforms, and other big tech companies.

Working in a Virtual Office

We’re still a little way away from achieving the true metaverse vision. But the technology is moving rapidly, so it may happen sooner than you think. And when it does happen, many expect it will alter the way we work.

One change that will likely happen is working and collaborating in a virtual office. Software such as Meta’s Horizon Workrooms and Microsoft Mesh is already available, allowing co-workers to meet as avatars in VR. They can participate in real-world meetings, sometimes even as a photo-realistic hologram. Many expect companies to create these VR workplaces.

These developments are essential because virtual meetings have to get better if remote work is the future of work. Currently, many of us meet with our co-workers on Zoom or other video platforms, and some people have been getting tired of it, citing “Zoom fatigue.” Studies have also shown that collaboration, teamwork, and training have suffered during the transition to remote work, which is why many companies want people back in the office.

When in-person work was more prevalent, it was easier to talk and collaborate with co-workers. More serendipitous encounters often led to better problem-solving and creative solutions. This hasn’t happened as much with remote work, as we all see each other only on screens. Metaverse and virtual offices could change this. With VR immersion, it will feel more like in-person encounters.

VR offices and encounters could also change workplace norms. Team get-togethers like virtual bowling nights could replace the Zoom happy hours that became common during the pandemic. Again, instead of just talking to someone on a screen, the metaverse will make you feel like you’re really there.

The metaverse could also change hiring practices. Interviewing people as avatars could diminish the effects of bias against people based on age, race, gender, or appearance. In the metaverse, an avatar can look however you’d like it to. Custom “skins” and outfits are a feature in many metaverse video games now, and there’s no reason to expect this wouldn’t be different in a virtual workplace. Professional dress codes and norms could develop for “skins,” and workers could get creative about their personal branding.

Jobs in the Metaverse

Working in the metaverse will likely mean we do many of the same jobs we already do, except we do them in a virtual world. But the transition to the metaverse could also mean completely different job opportunities, especially for the younger generation that’s more tech-savvy.

One example of a new job could be a Metaverse World Designer. The metaverse is like a video game, and like video games, it will need an excellent interface and user experience to attract people to the virtual world. So Metaverse Designers would create aspects of the world, such as game systems and design. These designers would need extensive 3D design and game design knowledge and UI/UX knowledge. These jobs exist to some degree, as designers are required for metaverse worlds like Fortnite.

Another example is marketing jobs for the metaverse. Social media created a whole new industry, such as social media managers, and the metaverse will do the same thing. Brands will need to advertise their virtual products, and some big brands like Nike will need experts to present and market the virtual world to the rest of us. Metaverse marketers will require deep knowledge of digital marketing and creative skills, but they’ll also need to know everything about virtual reality and Web 3.0 ecosystems.

Lastly, another potential metaverse job is in law. Metaverse law is already accelerating because of the popularity of Non-Fungible Tokens (NFTs). There will be new asset classes that require new rules to govern how you buy, sell, and manage them with the metaverse. There will be growing government regulations that lawyers will need to interpret. A new generation of lawyers specializing in Web3 and metaverse rights is already emerging, protecting clients’ assets, companies, and intellectual properties.

Many of these jobs have already been created, but it’s only the beginning. Big brands and companies are investing heavily in the metaverse, and they will need a specialist to navigate the brand-new worlds. It’s expected to create endless opportunities and new employment for people worldwide.

The Workplace Will Never Be the Same

Unless you live under a rock, there’s no doubt you’ve heard the buzz about the metaverse. Some of it is hype, but not all of it. Metaverse worlds already exist, and companies are accelerating the transition to make them more popular.

A few decades ago, some people thought the internet was all hype, too, but they turned out to be dead wrong. The internet has improved our lives dramatically, though it does have a darker side. The same thing will probably happen with the metaverse, changing our lives sooner than you may think.

The possibilities for changing the workplace are endless for the metaverse, with everything from virtual offices to brand new employment categories. The metaverse will be much different than what we’re used to, so video gamers have a leg up on the rest of us because the virtual worlds have started in the gaming industry. With so much change expected to come, it’s a smart move to do some research on the metaverse now. The change is coming, and the workplace will never be the same.

Stay tuned to Empire Resume’s blog for more insights on careers and employment, such as articles like Dressing for Your Interview, Three Essential Resume Must-Haves, and Why Work for a Nonprofit.

The Future of Work

What are Zoom Towns?