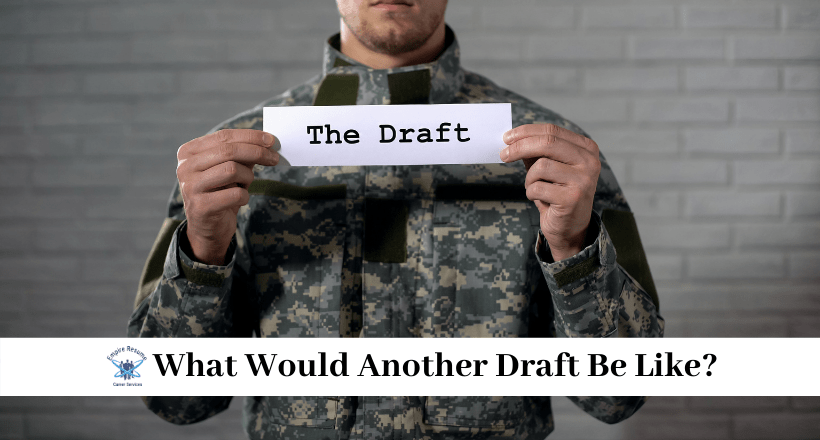 The date was January 27, 1973. The Vietnam war came to a halt and the military draft, sometimes referred to as conscription, ended too. Afterwards, the U.S. Armed Forces relied on volunteers to become airmen, soldiers, marines, and sailors in order to maintain readiness and protect the country.

Currently, proposed legislation has been introduced that will require women to register and enter any future draft. Since another draft is on the brains of lawmakers, Empire Resume will provide some insight as to what a modern military draft would be like.

What Is the Draft?

For our die-hard sports fans, when we say, “the draft,” we’re talking about the process of recruitment into military service. This topic does not include the draft in sport sports such as the NFL draft or NBA draft.

On the other hand, we did find a correlation between the two. Once upon a time, the NFL helped players dodge the military draft during the Vietnam War.

So, just what is the draft?

The draft is a mandatory enlistment into the United States military. History shows the draft has been performed through a series of the following selective service acts:

Although the draft doesn’t exist in 2020, all men, whether U.S. citizens or immigrants, between the ages of 18 to 26 are required to register with the Selective Service System.

This system ensures that the government has the personnel it needs in case its volunteer manpower is not sufficient to carry out military duties.

Of course, we can never discuss the military draft without focusing on the Vietnam War. Let’s talk about how the draft system was carried out back then and follow-up with what a draft would look like in the 21st century. 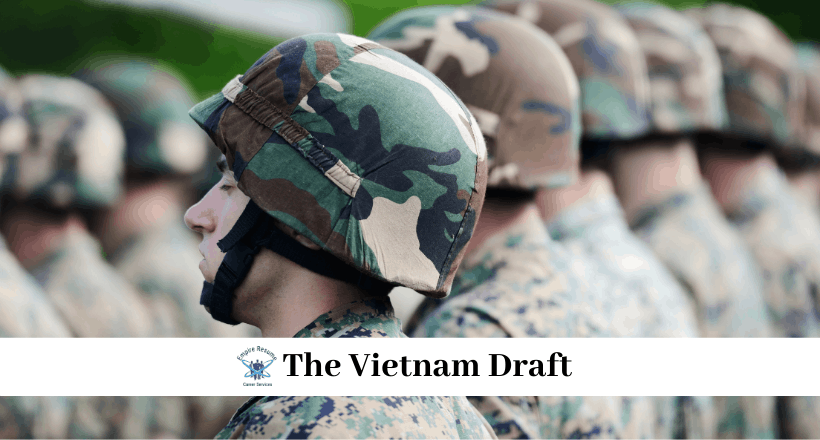 The Vietnam draft was the first of its kind. According to the History Channel, draft resistance was at an all time high.

Some men escaped conscription by failing to register with the Selective Service System or even by leaving the country. Deferments was another way to beat the draft. Some of the ways the draft was deferred include:

Check out more information on ways people dodged the draft, at We Are The Mighty.

While beating the draft was on the minds of many, the fines for dodging the draft were steep and often accompanied with jail time. Famous boxer, Muhammad Ali, was charged with draft evasion, among others.

His conviction was overturned by the U.S. Supreme Court. Then in 1977, President Jimmy Carter pardoned all who were Vietnam War dodgers.

Below, we’ll discover how the draft would work if it were to occur in 2020.

How Will the Draft of the Future Work?

If a draft were to happen today, men would be chosen based on a National Draft Lottery. The event would be publicized and gain media attention across the world.

According to the Selective Service System, draft priority is based on the birthday of registrants.

For example, the first men drafted would be those turning age 20 during the calendar year of the lottery. In the event a draft were held in 2020, men born in 2000 would be considered first.

Men turning 21 in the year of the draft would be second priority, men turning 22 would be third, and so on until a man turns 26, at which time he is over the age of liability. Younger men would not be called in that year until men in the 20-25 age group are called.

Have you ever watched the lottery on television with the numbered balls floating through the air machine? If so, the military draft would be quite similar. The lottery system would be performed using air drawing machines with balls numbered 1 to 365.

These machines serve as the best way to randomly choose registrants and keeps the process fair and just for calling men to serve military duty.

For more information about how the draft lottery works, visit the Selective Service lottery webpage.

Pros of a Modern-Day Military Draft

Based on what we know about the draft, it is safe to say that there are some advantages.

The nation would have a highly active and mobilized military force. Considering the state of the country, the military would have more of an equal social and racial representation of individuals. The presence of women registering for the Selective Service System would support this notion.

Additionally, bringing the draft back would be a fair way to require citizens to sign up for public service. This results in everyone having a unique type of support network.

Finally, a modern-day draft opens up so many possibilities for people from all different walks of life to travel and explore the world.

But with all the advantages, a draft in this day in age has its share of cons.

Cons of a Reinstated Draft

A draft today would be faced with several cons. For instance, the government would be required to accept anyone. Doing so would make our nation’s military larger. However, the military would not function in the highest capacity.

Joining the military requires a great deal of mental and physical toughness that everyone simply does not have.

Seeing how the military provides for its members, the United States would also invest a significant amount of income for every individual drafted to include food, clothing, shelter, and salary.

This does not include the investment of training, education, medical care, and whether those drafted would have families of their own – spouses and children. Our nation’s leaders have to consider how this affects the budget and tax payers’ dollars.

If the draft were to reignite today, some people may feel that they have no freedom. For that reason, people would still resist and try to avoid being drafted, much like what happened in the Vietnam War.

Now it’s your turn. What would it be like to have another draft right now? Let us know your thoughts in the comments below.

We look forward to hearing from you. Be sure to bookmark Empire Resume so you can us here next week for another amazing article on our military to civilian blog.