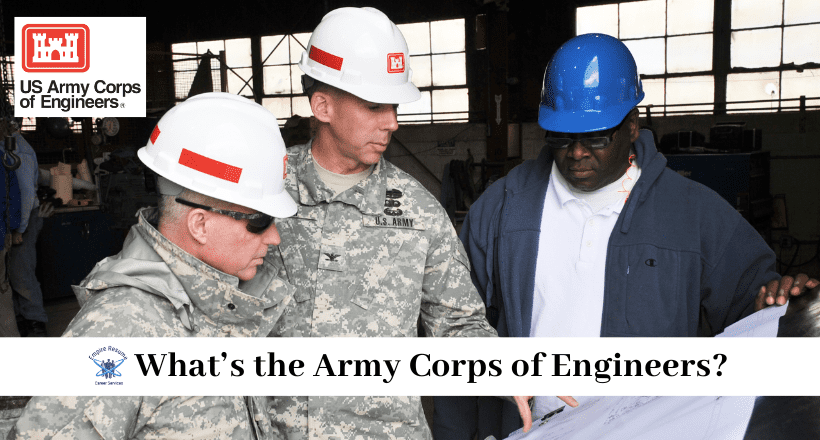 Not many folks know much about the Army Corps of Engineers. But the more you read about this engineer formation of the U.S. army, the more astounded you’ll be about its rich history and the scope of its enormous mission.

The Army Corps of Engineers is a part of the U.S. Army, though it comprises mostly civilian employees, and the agency’s core mission is to deliver public and military engineering services. The Corps of Engineers main civil works missions include building and operating American hydroelectric dams, maintaining flood control, and dredging waterways.

The Corps of Engineers also designs, builds and manages military facilities for the Army, Air Force, Department of Defense, and other federal agencies. Lastly, the engineers handle some aspects of environmental regulation in the U.S. and ecosystem restoration.

A helpful way to think of the Army Corps of Engineers is that it’s the federal and military agency that builds, designs, and maintains critical U.S. infrastructure. They also play an essential role in war reconstruction efforts in places like Iraq and Afghanistan, and, like the U.S. Army, they operate worldwide.

Empire Resume will explore the mission and long, storied history of the U.S. Army Corps of Engineers, letting you know what precisely they do, why their services are so important, and how to become a part of the military agency. 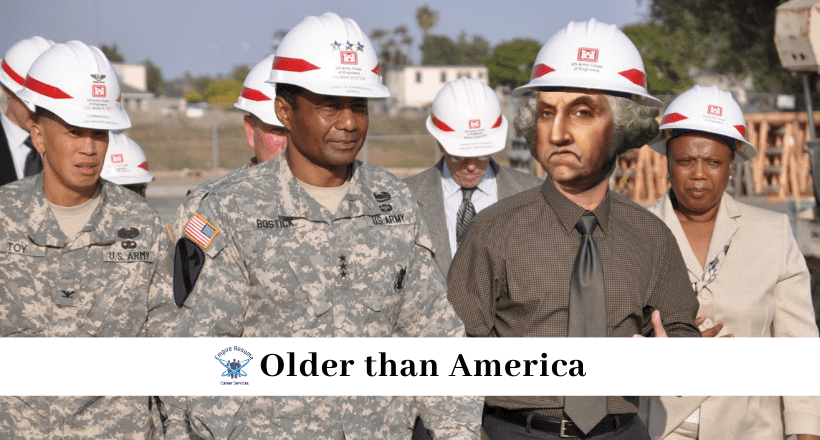 Believe it or not, the history of the Army Corps of Engineers is older than America. General George Washington appointed the first chief Army engineer in 1775 during the American revolution. But it wasn’t until 1802, after America had formed as a country, that the Corps was officially designated as a separate federal agency under the Department of Defense.

Congress instructed the Corps in 1802 to establish a military academy at West Point, which became America’s only engineering college for the first half of the 19th century. The Army Corps of Engineers, in its earlier history, played an essential role in wartime and peacetime in the U.S. During the War of 1812, the Corps helped build stone fortifications in harbors and coastal locations across America that proved indispensable in fighting off attacks from the British army.

Following the war, the Corps surveyed and mapped unexplored areas of the American continent as the nation expanded westward. Then, in the 1820s, Congress directed the Corps to improve America’s waterways to make transportation easier. They did this by dredging shallow passageways and clearing obstacles that obstructed the flow of people and goods along rivers.

The Corps played a vital role for the Union during the Civil War. Battalions of engineers built floating bridges that helped transport Union troops and supplies across river crossings throughout the war. Then, in World War 1, Corps combat engineers made hundreds of miles of railroad lines and bridges in Europe, especially on the front lines in France. In World War II, the Corps cleared paths of offshore mines to prepare for the invasion of Normandy, and they also built troop housing and hospitals for American G.I.s in Europe and the Pacific theater.

During peacetimes in the 20th century, the Corps focused on flood prevention, especially along the Mississippi River, where levees weren’t enough to prevent the Great Mississippi Flood of 1927. The Corps ramped up its commitment to disaster response and cleanup following a Texas chemical explosion in 1947, and the agency took a lead role in disaster relief until the creation of the Federal Emergency Management Agency (FEMA) in the late 1980s.

What the Army Corps of Engineers Does Today 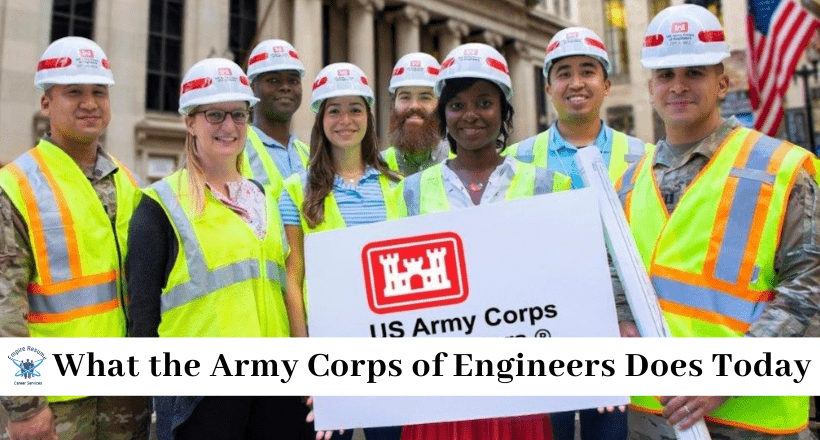 In the modern day, the Army Corps of Engineers continues its critical role in military and civilian life for the United States. Along with being the chief engineer of military barracks at home and abroad, the Corps is responsible for toxic waste remediation and cleanup from former U.S. military sites and facilities.

Following WWII, the Corps has been committed to a diplomatic and foreign aid mission to lead engineering efforts on infrastructure projects worldwide. The Corps has built roads, highways, airports, and water systems in countries from the Middle East to East Asia. The Corps is also the primary conservation agency for American rivers, lakes, and wetlands. The agency operates over 600 U.S. damns and preserves tens of thousands of acres of American wetlands through environmental oversight and regulations.

Disaster planning and relief is also a core mission of the Corps. The agency is directed by FEMA to clean up debris after major storms and natural disasters in the U.S. and deliver truckloads of water to victims. In addition, it builds temporary housing for displaced disaster victims and rebuilds areas that have been hit by major disasters, such as devastating hurricanes. For example, the Corps completed a $13 billion overhaul of the New Orleans’ levee system following the catastrophic Hurricane Katrina.

Criticisms Against the Army Corps of Engineers 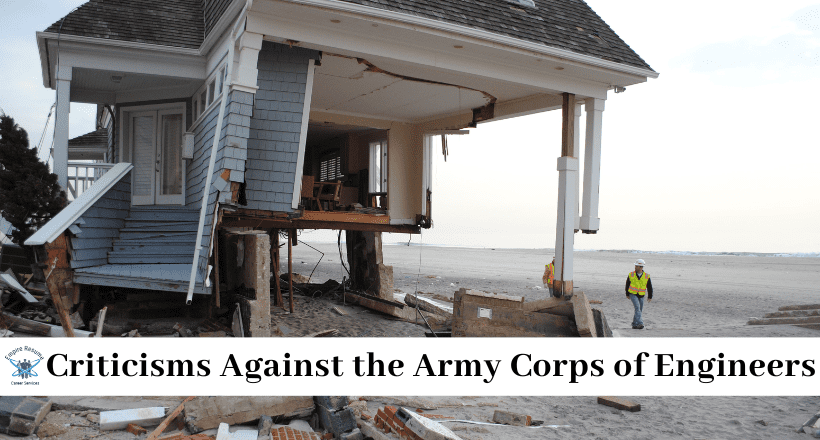 Despite the immense importance of the Corps of Engineers, the federal agency is not above criticism for some noted recent failures. One of the biggest criticisms of the Corps involves Hurricane Katrina in 2005, a Category 3 hurricane that killed 1,570 in Louisiana alone and destroyed entire New Orleans neighborhoods. The cause of much of the disastrous flooding in New Orleans during Katrina was the failure of floodwalls designed by the Corps.

The Army Corps of Engineers released a 2009 report that took full responsibility for the catastrophic and deadly flooding, but many critics still believed the agency should be held liable for property damages and lost lives.

As a result, more than 490,000 New Orleans residents sought legal damages from the Corps. But after the cases were tied up in the courts for eight years, a U.S. District Judge said financial damages couldn’t be awarded because of 1928 federal law that grants the Corps immunity from prosecution in cases regarding the failure of flood control structures.

Critics have also said local officials in New Orleans share some of the blame for the levee systems’ failure during Katrina, but the Army Corps of Engineers has not pointed fingers at anyone but themselves. Lt. Gen. Carl A. Strick, chief engineer of the Corps during Katrina, said in a 2006 interview with the New York Times, “We’re not ducking our accountability and responsibility in this.”

The Corps’ insistence on taking the blame is admirable, considering they could have pointed fingers, too.

How to Work for the Army Corps of Engineers 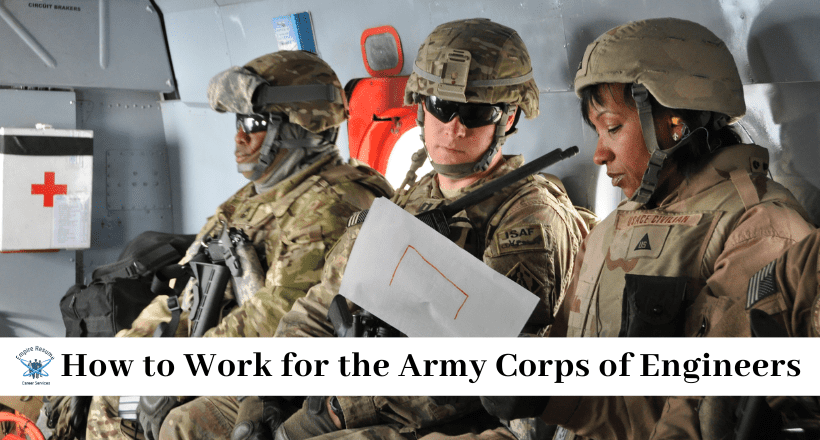 Many positions in the Corps are for civilians, and the federal agency offers excellent benefits, competitive salaries, a wide range of exciting and challenging jobs, and opportunities for advancement. The Corps has positions for accountants, lawyers, carpenters, and archaeologists. A review of its website shows the agency has about 120 different job titles available.

Some engineering-specific jobs at the Army Corps of Engineers include civil, mechanical, and electrical engineers; construction control reps; lock and damn operators; and survey technicians. There are also plenty of desk jobs for those who aren’t into manual labor, but remember that most positions at the Corps are designed for people who like to work outdoors.

Employees at the Corps say they love working there for many reasons, including working with natural resources, the ability to hike or maintain hiking trails, helping people after natural disasters, and preserving rivers and waterways. Working at the Corps of Engineers, even with an office job, means doing a lot of work on infrastructure projects and helping the environment.

The Student Career Experience Program (SCEP) is another initiative that offers students educational opportunities related to their college majors and could also lead to a permanent position. 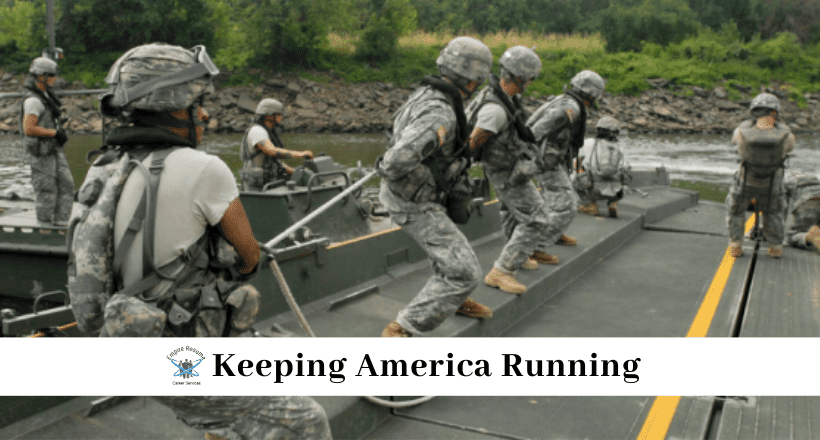 Working for the Corps of Engineers is an excellent opportunity for many Americans, and you don’t have to be an enlisted military member to get a job with the agency. In addition to all the Corps does, it has two large research organizations that provide science, technology, and engineering expertise on topics like dam safety systems, cold-regions engineering, earthquake engineering, and high-performance computing and information technology.

Not many folks know much about the Corps of Engineers, but once you start learning more, it seems like there’s nothing the agency doesn’t do. The skill set of the thousands of employees at the Corps build and maintain the backbone of America’s infrastructure and keep the country running.

Stay tuned to Empire Resume’s blog for more helpful insights on the U.S. military and military-to-civilian transitions, including articles like Veteran Recruiting, How to Prepare for a Civilian Interview, and Creating a Veteran LinkedIn. 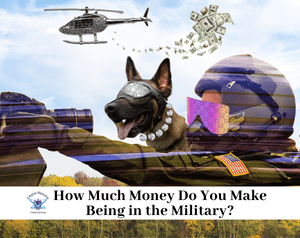 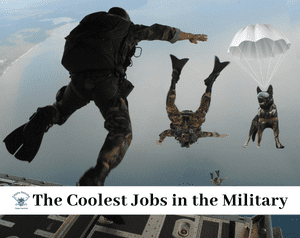 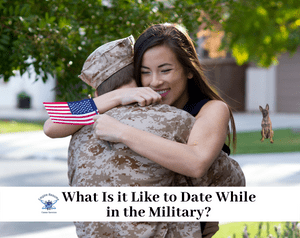