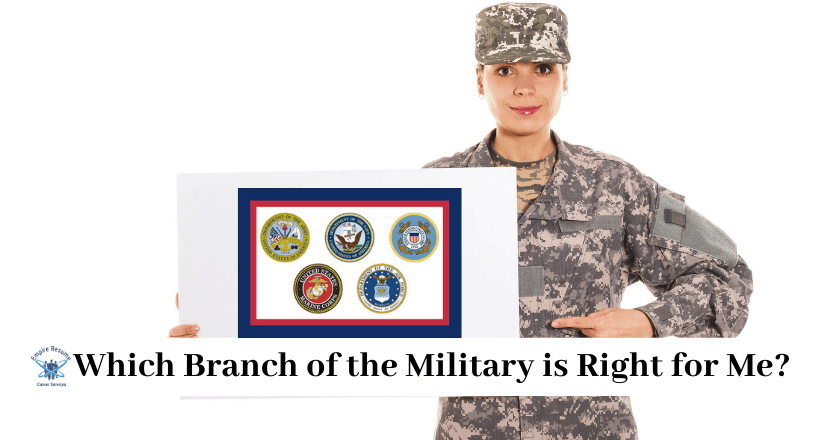 Congratulations! You’ve made the decision to join the ranks of brave men and women in the military and serve your country. Now you’re facing the hard part — choosing a branch. Thank your lucky stars, you have the option to pick your branch and volunteer for service instead of the choice being made for you in a military draft.

You’ve talked to everyone you know such as your friends and family members. You even watched some movies to get insight on which branch of the military is best for you. And still, no luck.

This is a tough decision to make, especially when you don’t have the right source of information. Today, Empire Resume will be your source and provide you with the information you need to decide which branch of the military is right for you.

You may have already met the standards needed to join the military. But just in case, we wanted to give you a friendly reminder.

Some of the basic requirements to join the military include:

If you’ve met all the requirements, you’re ready to pick the branch of your choice! Next, we’ll discuss the five branches of the U.S. Armed Forces.

Five Branches of the Military 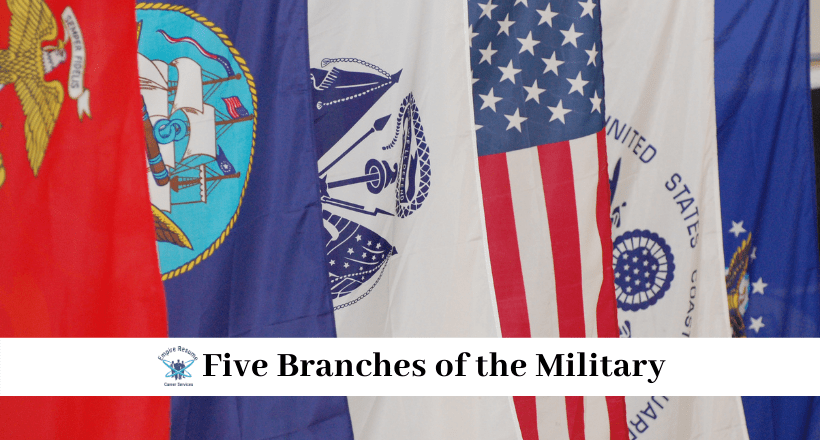 As you may know, there are 5 separate and distinct branches of the military. They all have different missions, objectives, goals, creeds, and more. While there are seven reserve components of the military, we will not discuss them here.

The three aspects of the military they have in common is:

Today, there are approximately 1.3 million active-duty military members spread out amongst each branch.

Although they face many hardships as women in the military, women represent 16% of the enlisted members and 19% of the officers.

Within each branch, there are many career opportunities ranging from administrative careers to combat specialty careers.

The five branches of the military include:

So, if you’re looking to “Be All You Can Be” as a ground troop and “put boots on the ground,” the Army is the way to go.

In the Army you’ll find armor tanks, different forms of artillery, and specialty units such as Special Forces, Infantry, and Rangers.

The Air Force is well-known as the commander of the sky. It functions as the primary defender of air and space. It is also the most respected military branch of all — so much so that other branches turn green with envy.

So, if you’re looking to “Aim High and Fly Fight Win”, the Air Force is the way to go.

This branch is popular for its Air Force pilots, engineers, security forces, and operations intelligence positions.

In the Air Force, you’ll find many luxuries since this branch carries the largest budget. It has some of the best quality of living, programs, and on-base shopping malls.

The Navy is known for defending the world’s oceans. This is a branch surrounded by rich history. You’ll find ships, submarines, and naval aircraft.

The Navy is also home to the most elite tactical unit in the world – the Navy SEALs.

So, if you enjoy being out on the water or living on the ocean and hanging out on piers, being “Forged by the Sea” it seems that America’s Navy is the way to go.

There’s no limit to where you can go in the Navy because this is one branch that can really have an impact on all forms of geography, be it land, sea, and air.

The Marine Corps is the toughest, roughest branch of all. Marines are highly engaged in battle and intensively trained to fight on sea and land. This branch is highly respected as fierce combatants.

So, if you’re looking to be sent into enemy territory first, “The Few, The Proud, The Marines” is the way to go. Don’t be alarmed, getting into the Marine Corps is brutal. The Marine title is not just given out, it must be earned.

Besides its tactical training and being the scariest military branch known to man, the Marines has the best uniform in the military, and the Marine Corps emblem is the most recognizable symbol ever.

Did you know the Coast Guard is a law enforcement agency that’s part of the Department of Homeland Security?

The Coast Guard is one of the maritime forces that performs search and rescue missions throughout the sea. This branch also assists in U.S. immigration operations. Sea Marshals with the Coast Guard also escort cruise ships coming in and out of the U.S. ports.

For example, in April 2020, the Coast Guard removed over 250,000 cruise ship passengers during the COVID-19 pandemic.

So, if you’re interested in law enforcement, criminal justice, and you’re one of those people who are “Always Ready,” the Coast Guard may be the way you should go.

So, Which Military Branch is Best for You?

Even after reading what we’ve had to say about each branch of the military, there will always be a question about which one is best for you.

There’s no right or wrong answer and it all boils down to your personality and preferences. The details we’ve provided may be enough to help you decide. Should you decide to move forward, we wish you the best of luck and remember to let your dedication and commitment to your country be your guide.

Go ahead and bookmark Empire Resume’s military blog for all things on military, veterans, and the military to civilian transition.  When you’re searching for a new career, you can reach us at 801-690-4085 or by emailing info@empireresume.com for your resume writing needs.