Working at a Startup Company 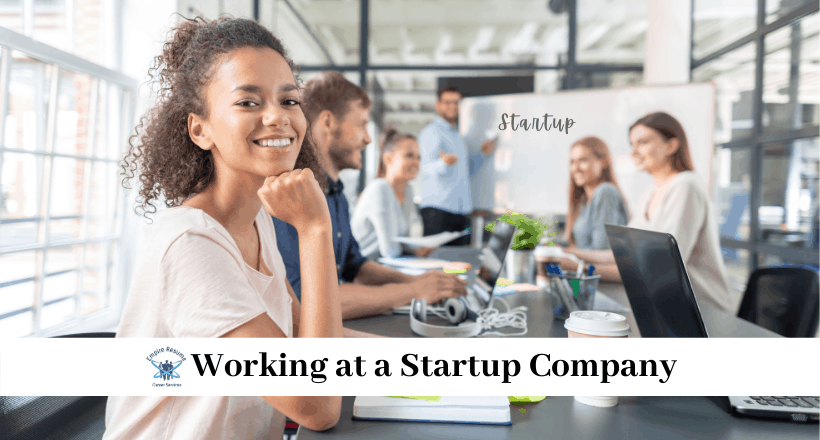 Working at a startup company can be an exciting experience. You’ll learn a lot in a fast-paced and dynamic work environment, and you may work together with the CEO and other senior executives.

But before joining a startup, beware of the risks. The most significant risk is that, on average, an enormous number of startups fail. A 2015 article in Fortune estimated that a staggering 90% of startups ultimately fail. The rewards of working at a startup can be huge, but so are the risks.

When people think of startups, they usually think of younger employees wearing hoodies and playing ping-pong in the office. Some of these clichés are true, as startups typically attract younger people and provide benefits like flexible schedules, remote working policies, and casual dress codes.

But while your office may have a pinball machine, working at a startup usually means long hours, less pay than at established companies, and sometimes fewer coveted benefits like health insurance.

Empire Resume researched the world of startups and will let you know the pros and cons of working for one, what a startup is, and the potential risks and rewards for working for this type of company.

What is a Startup Company? 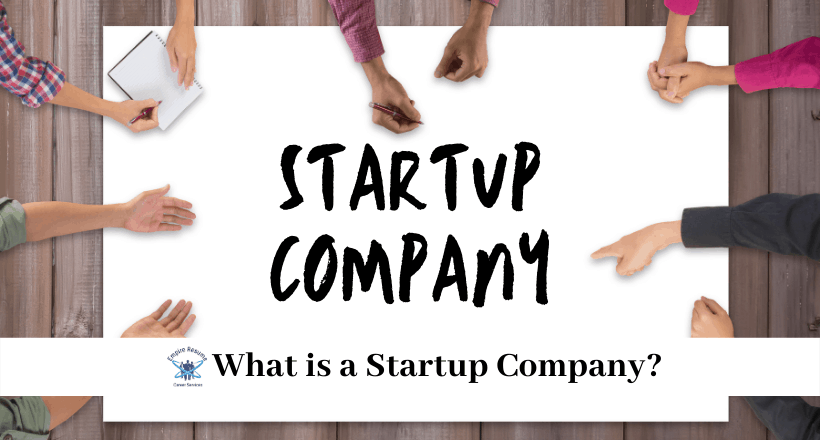 “Startup” is a trendy buzzword today that goes back further than you may think. The term was first used in the business sense in 1976 in Forbes magazine.

So, what exactly is a startup? It’s a vague term, but business pros have somewhat agreed on a definition. Wikipedia defines a startup company as a new company undertaken by an entrepreneur “to seek, develop, and validate a scalable economic model.”

Entrepreneurship is nothing new, but startups are a bit different. The idea behind a startup is to create a company, typically using new technology, and grow rapidly. Many small businesses open shop and expect to remain small. This isn’t the case with startups – these companies have big dreams and ambitions.

Nowadays, many people link startups with tech companies, usually the ones in Silicon Valley. But not all startups are technology-based, even if they use new tech. Business pros see startups mainly as a mentality, one that has to do with innovation and scaling business at a rapid clip.

Startup refers to a company in the beginning stages of operation, so after a while, companies that survive and succeed cease being startups (such as Facebook). Many startups are also initially funded by the founders, family and friends, crowdfunding, or venture capitalists.

Startups that Made it Big 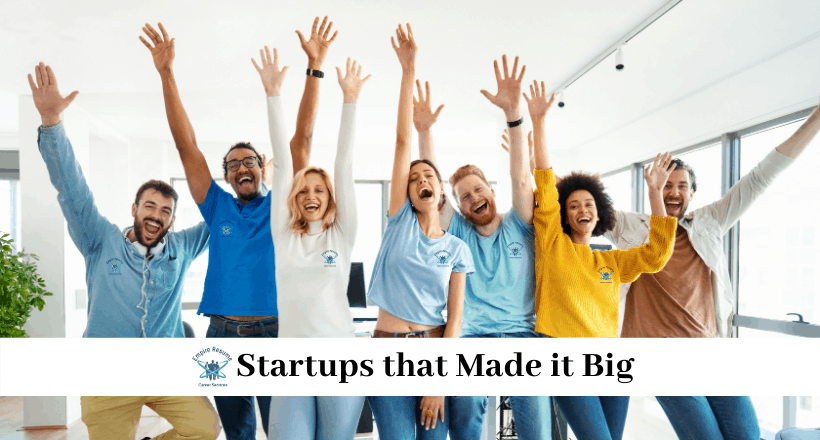 Working for a startup company is kind of like living in the old Wild West: There’s a high amount of uncertainty, you may fail miserably, but you also may strike gold.

A significant number of startups fail, but there are several examples of some who survived and became tremendously successful. Facebook and Uber are two examples of startup companies that went public and are now worth tens of billions of dollars. Other examples of U.S. startups that have made it big include Lyft, Dropbox, Pinterest, Twitter, Groupon, and Dollar Shave Club.

Business pros call these super-successful companies “unicorns,” which means a privately held company that’s valued at more than $1 billion. A venture capitalist coined the term in 2013, choosing the mythical animal of the unicorn to explain the statistical rarity that a startup would become so filthy rich.

CB Insights says there are currently more than 450 “unicorns” worldwide, and many of them are concentrated in the U.S. and China. A company ceases to be a unicorn after going public and being traded on the stock market.

That’s one immense potential reward of working at a startup – getting in on the ground level of a company like Facebook or Airbnb. But for every unicorn, many more startups crash and burn. 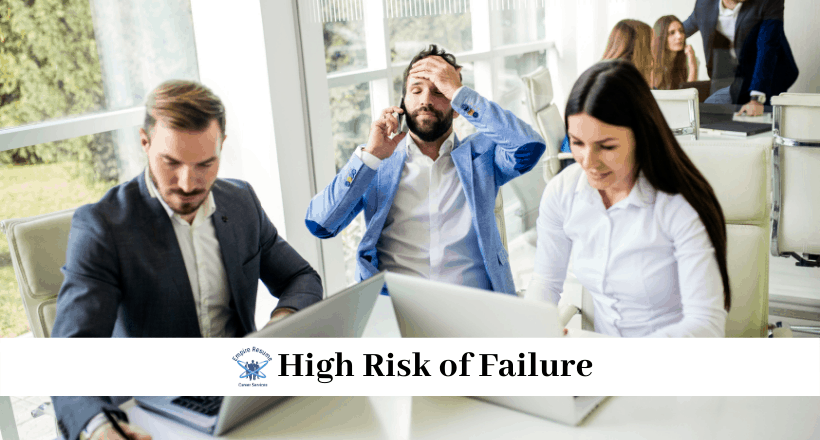 There are several statistics about the failure rate of startups, and one of the most cited is from a Fortune article in 2015. The author claimed nine out of ten startups eventually fail for a variety of reasons. In Silicon Valley, the founders of these unsuccessful startups typically write a “failure post-mortem,” explaining what happened and why the company crashed.

To be fair, starting a small business is hard, and many companies – not just startups – have high failure rates. Of all the small businesses started in America in 2014, only 56% made it to the fifth year (2018), according to the Bureau of Labor Statistics.

It’s different with startup companies, though, because they’re riskier endeavors. Most startups and the people who found them know there’s a high probability of failure, and a slim chance their big ideas will gain traction.

CB Insights analyzed the failure post-mortems of 101 startups in 2019. They discovered the top reasons for failure were no market need for their products, running out of cash, personnel problems, and being beat by upstart competitors.

Benefits of Working at a Startup 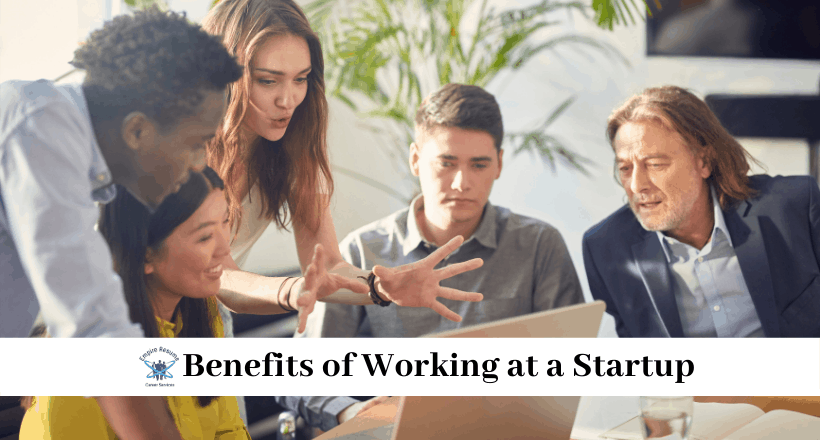 The high rate of failure can make working at a startup scary, but there are many benefits that make it a great career choice, too. You don’t have to be a Millennial or in Generation Z to work at a startup. But these companies typically attract young workers because they’re seeking hungry employees who are willing to take significant risks and work long hours (for possibly lower pay).

Working at a startup means you’ll be part of a small team and department, so you’ll have more responsibility and be given more opportunities. Unlike working at a more established company, you may move up faster in the company and take on more diverse duties.

Startup companies also attract workers who have more entrepreneurial mindsets. Working with these types of co-workers is a huge bonus – they can be much more innovative, and you’ll learn a lot from them.

Many people who’ve worked at startups say it has also taught them the value of hard work and having a tenacious business attitude. At a bigger company, your successes and mistakes aren’t as noticeable. But at a startup, everyone is more under the microscope because the team is so small.

If this sounds like a pressure cooker, well, it is. Some people enjoy this, and others don’t. But for people who value that type of experience, working at a startup can instill valuable qualities that’ll help you throughout your career.

Startup employees typically earn less than workers at big companies, and they may even work harder. But the benefits and perks at startups are nice. Many startup companies have very flexible and casual workplace cultures.

If the company becomes a huge success, you may also benefit big time. Being a part of the success at a startup could lead to an executive position, employee stock options, and the satisfaction that you helped build something great.

Drawbacks of Working at a Startup 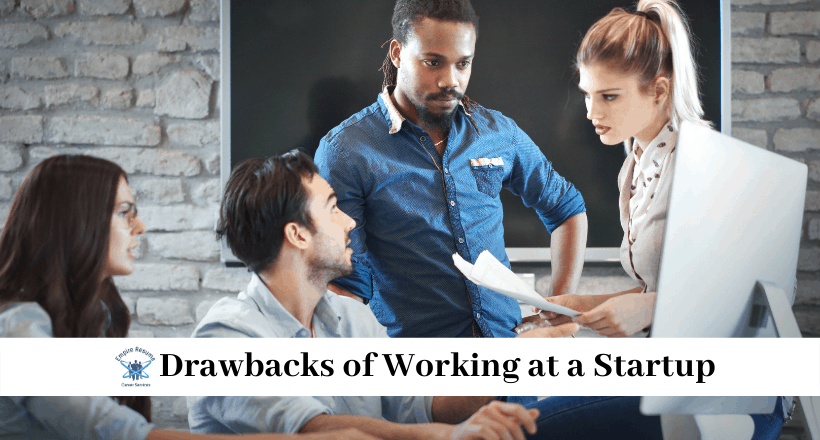 Many of the reasons people love working at a startup are also why it’s be a nightmare for others. The key word is “risk,” so it depends on how much you’re willing to take and what your likes and dislikes are.

Working at a startup means you may have less work/life balance. Startups are designed to grow quickly, so you could work long hours and potentially burn out faster. If you’re looking for job security, you won’t find it at a startup. These types of companies rely heavily on venture capital and other outside funding sources and, if they don’t succeed fast, layoffs could happen quickly. Not only that, but the entire company could fail, leaving you empty handed.

Working alongside the founders and executives also may sound fun, but there are downsides to it. Some startup founders are workaholic-types, and their emotional ups and downs can affect the entire office. The stress of trying to make it big and the uncertainty of the business model can seep into the rest of the company.

Finally, startups typically lack the infrastructure you’d expect at a larger company. Some startups don’t even have a dedicated HR department, meaning there’s no one to hash out employee conflicts or deal with other personnel problems. Also, if you’re laid off from a large company, you could likely expect COBRA health insurance and a severance package. This may not happen at a startup.

Are You a Good Fit at a Startup? 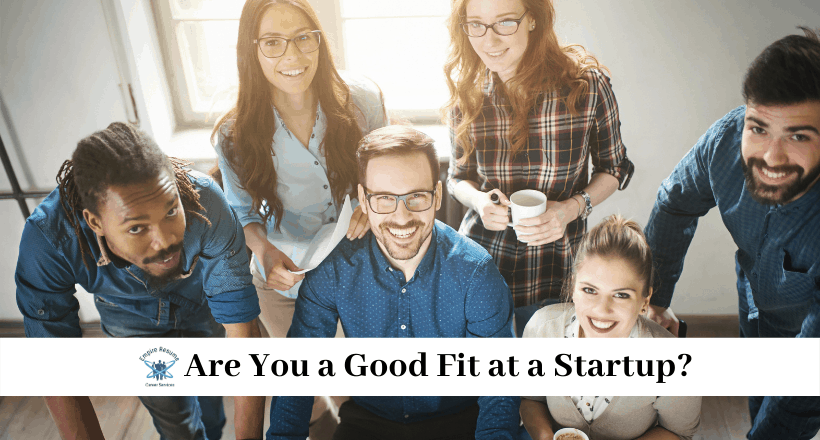 Working at a startup comes with huge risks but also the potential for huge rewards. Tech giants like Facebook, Google, and Amazon graduated from startup status many years ago, and they’re now multi-billion corporations. These super-successful companies show its possible for startups to make it big.

Whether or not you’d be a good fit at a startup depends on your personality and work environment preferences. If you like stability, job security, chain of command, and structure, a startup environment may not be for you. But if you want a job that’s more unpredictable and fast-paced, you may enjoy it.

For more insights into the business world, check out popular articles on our blog, including Declining Industries Destined to Fail, How to Turn your Volunteer Position into a Full-Time Job, and How to Connect with People on LinkedIn. 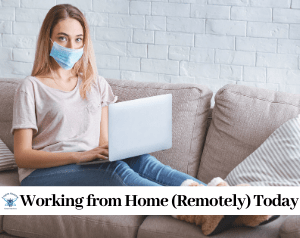 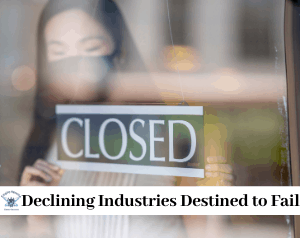 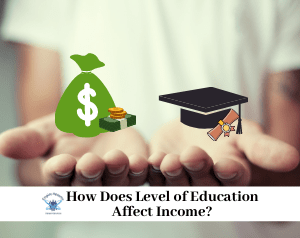 How Does Level of Education Affect Income?